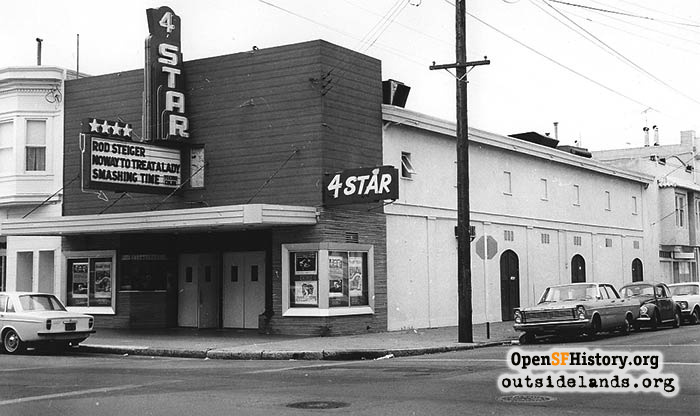 Opened in 1913 as La Bonita, still going at 23rd Avenue and Clement Street. 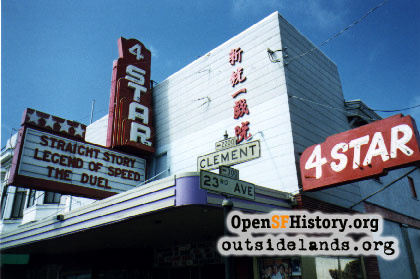 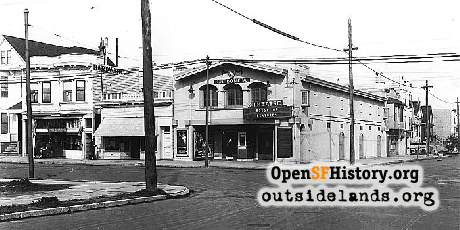 The 4 Star Theatre's centenary seems to have gone unnoticed. Although the exact date of its opening has never been established, its initial appearance in the San Francisco City Directory of August 1913 indicates that 2013 did indeed mark its centenary year. 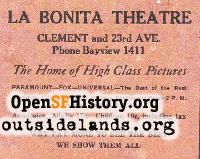 It was christened "La Bonita" and retained that name until 1927 when it was renamed the "Star." Two views of it in early 1919, above and below, also give us glimpses of Clement Street, with Hocking Hardware next door, and Gustave Moeller Real Estate up the block. The package of nuts and bolts you purchased at Hocking's might have contained an advertising flyer such as this one shown to the right.

By the time it had re-identified itself as the Star, the Coliseum on Clement at 9th Avenue, the Alexandria, on Geary Boulevard at 18th Avenue, and the Balboa, on Balboa Street at 38th Avenue, were the leading movie emporiums of the Richmond District, leaving the Star as a low priced, last run option, a place to catch a second viewing of a big film you had already seen elsewhere, or to send the kids on Saturday afternoon. But even in that capacity, it was usually crowded, often to the maximum, particularly during the movie-going years of World War II.

In 1946 it was taken over by new owners and upgraded, starting with changing the name to the "4****Star," implying an improvement in programming and an overdue cleanup of what had become a pretty rundown venue. Ironically, two years went by before the "4" got attached to the top of the vertical, where it remains today. 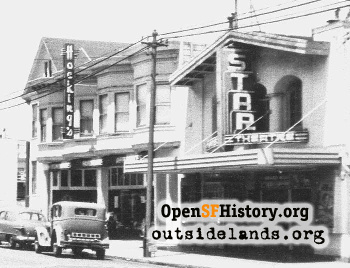 A printed monthly calendar was always available and some of them were saved by your dutiful author. 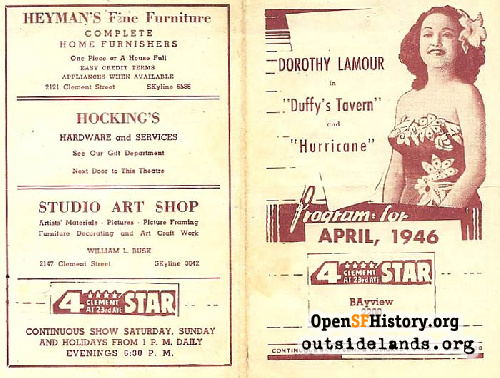 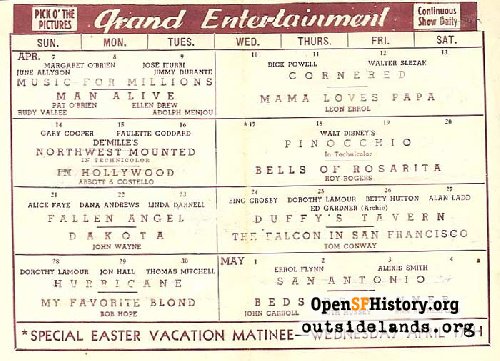 By the 1960s a false front had been installed, a curiosity to say the least, since the original 1913 architecture of the building was still as visible as ever on 23rd Avenue. 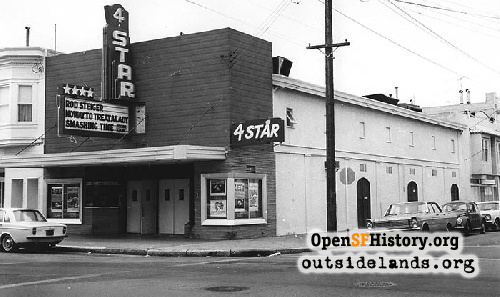 Wide screen presentation was always a problem for the 4 Star due to the architectural limitations of a narrow proscenium, and the less said about its initial attempts at CinemaScope, the better. Eventually, the best was made of a bad situation with masking installed so that ratios were more or less correctly adjusted, and less demanding audiences didn't seem to mind. 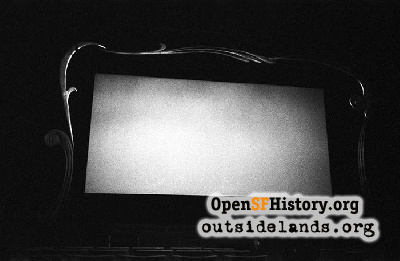 Screen of the 4 Star Theatre., n.d. - Courtesy of Jack Tillmany

After what looked like a permanent closure in October 1990, the 4 Star rose from the ashes, and re-opened in July 1992 with Hong Kong Films, under the management of Frank Lee. In the mid-1990s, a smaller second screening room was carved out of the right rear section of the original auditorium, providing a greater variety of films to its audiences who were in search of the independent and offbeat, as well as extended runs of popular films which no longer demanded the space of the larger auditorium.

Contribute your own stories about the 4 Star!