Built in 1923, the first bank for Westwood Park. 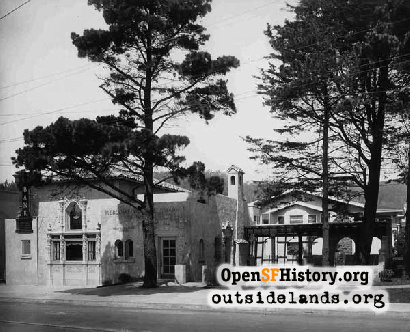 A copy store in 2008, 1508-1516 Ocean Avenue opened as one of the first banks on Ocean Avenue in the 1920s. The building used to have elaborate detailing around windows and doors with a false bell tower and a small courtyard to the east. Only a small amount of the Mediterranean Revival styling still remains. 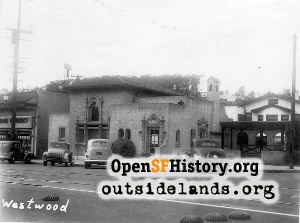