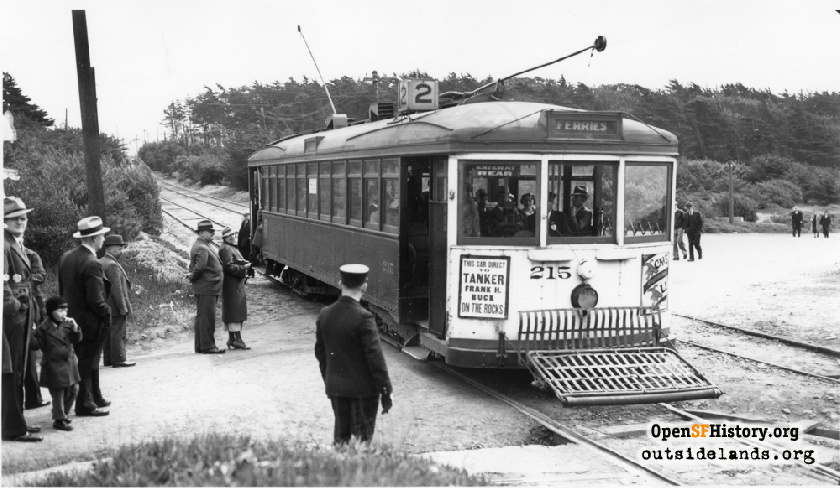 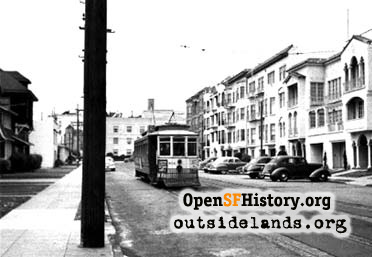 Comments from Jack Tillmany: "Before Euclid was extended over and through what was once Laurel Hill Cemetery, cars of the #2 line had to travel over Parker Avenue to California, then down California to Presidio and over Presidio to Sutter. Rail service was abandoned in 1949 in favor of motor coaches, by which time the Euclid Avenue extension provided a more direct route East and West." 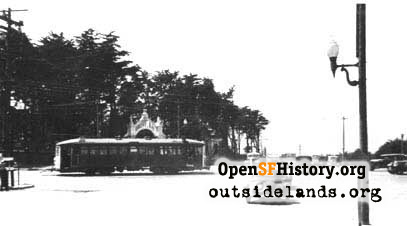