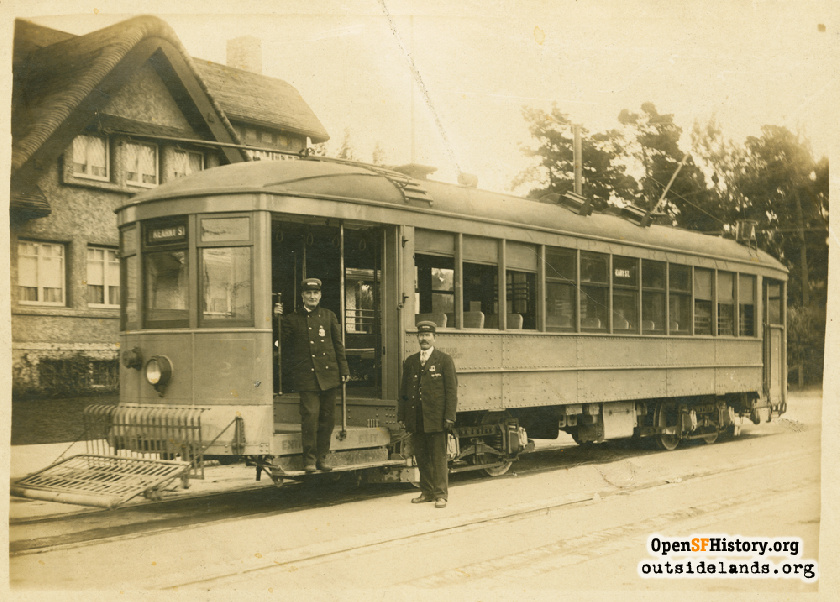 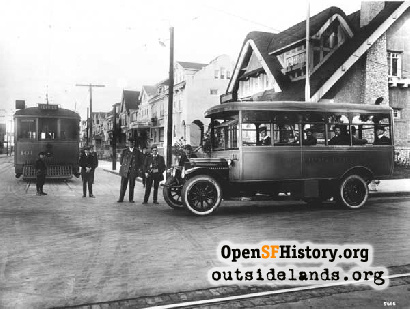 The above photo shows Car 101 at the terminus of Tenth Avenue and Fulton Street, December 1917. The "1 Park" bus in the photo traveled from the A-line terminus as a shuttle through Golden Gate Park to the Sunset District. The house behind the bus, 798 Tenth Avenue, built by Fernando Nelson's company, stands mostly unchanged today.

Route: From the Ferry Building (eventually, after the line was extended east from Kearny in 1913) to Tenth Avenue and Fulton Street, via Market, Geary, and Tenth Avenue. 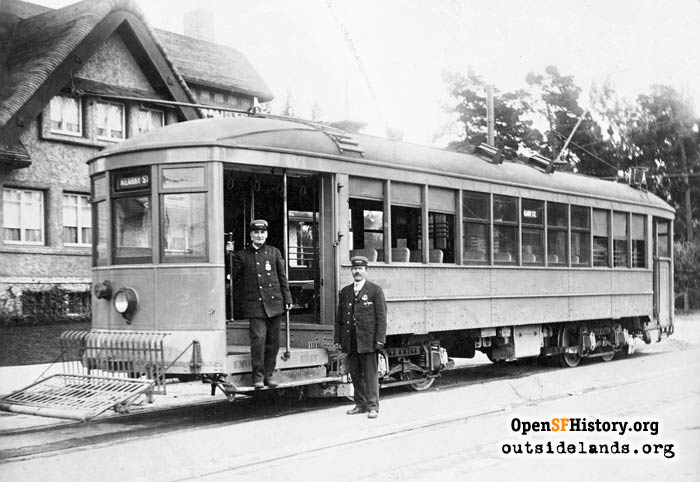