This event has passed.

Villages and Concessions of the Midwinter Fair WNP Event 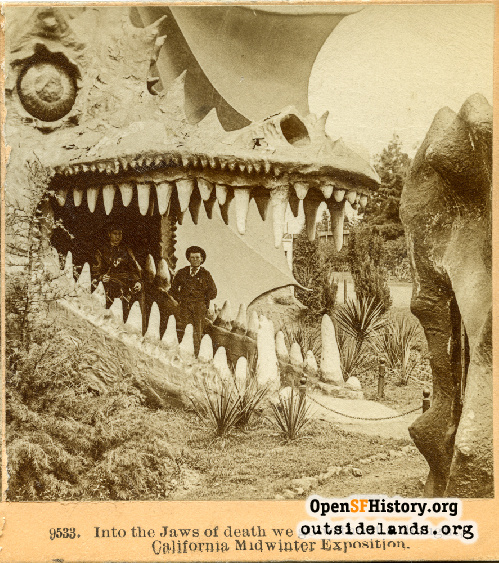 From plaster igloos to German castles to an indoor volcano, the concession exhibits at the 1894 California Midwinter International Exposition offered a range of unusual entertainment to visitors. "Villages" of African, Hawaiian, and Inuit performers reinforced imperial ambitions and attitudes of superiority while meeting "interest in foreign humanity." California interpreted and mythologized its own past with the 49 Mining Camp, while people paid dimes and quarters across the fair grounds to ride camels, descend down a dragon's maw, and eat fortune cookies in what became the Japanese Tea Garden.

For this illustrated program, Woody LaBounty will be joined by Japanese Tea Garden gardener and historian Steven Pitsenbarger and Presidio Trust historian Barbara Berglund Sokolov, author of Making San Francisco American: Cultural Frontiers in the Urban West, 1846-1906. Midwinter Fair items and ephemera from the collection of Ed Herny will be on display as part of the evening. $20 for the general public and $10 for WNP members.