This event has passed.

Oct 1, 2022 12:00pm-3:00pm (Saturday) at The Great Outdoors at West Portal
You may be living in a residence park and not know it. Between 1905 and 1924, 36 residence parks were planned or launched in San Francisco, with picturesque streets, landscaping, detached houses, and setbacks to convey the feeling of living in a park. Only a few are well known such as St Francis Wood, Forest Hill, and Seacliff. The developers were colorful characters who left a legacy of attractive, landscaped neighborhoods that have lasted more than 100 years. Author, West Portal resident, and former WNP Board Member Richard Brandi will lead a bike tour for ShapingSF based on his new book, Garden Neighborhoods of San Francisco, the Development of Residence Parks 1905-1924, by McFarland Publishing. You will see upwards of 10 residence parks in the greater West Portal and Ocean Avenue areas. The 2-hour bike ride will have multiple stops so Richard can point out the unique figures of each neighborhood. The route is on city street and is not too steep. There are no restrooms on the route. This event is co-sponsored by WNP and ShapingSF. RSVP required in advance by emailing shaping [at] foundsf [dot] org.
This event has passed.

Please take a look at our Upcoming Events. 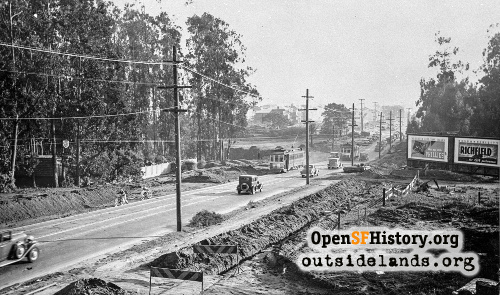