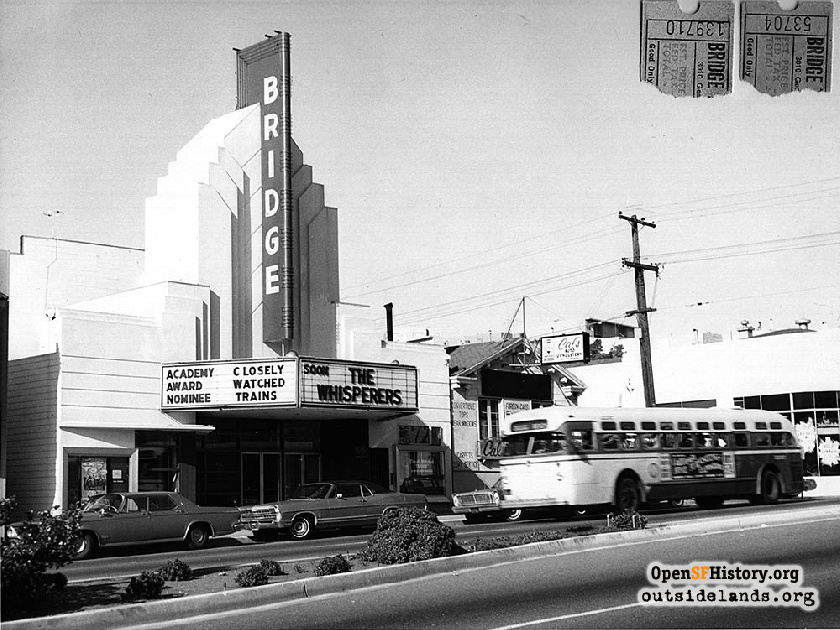 Movie theatre which opened in 1939 on Geary Boulevard, named in honor of the recently-constructed Golden Gate Bridge. 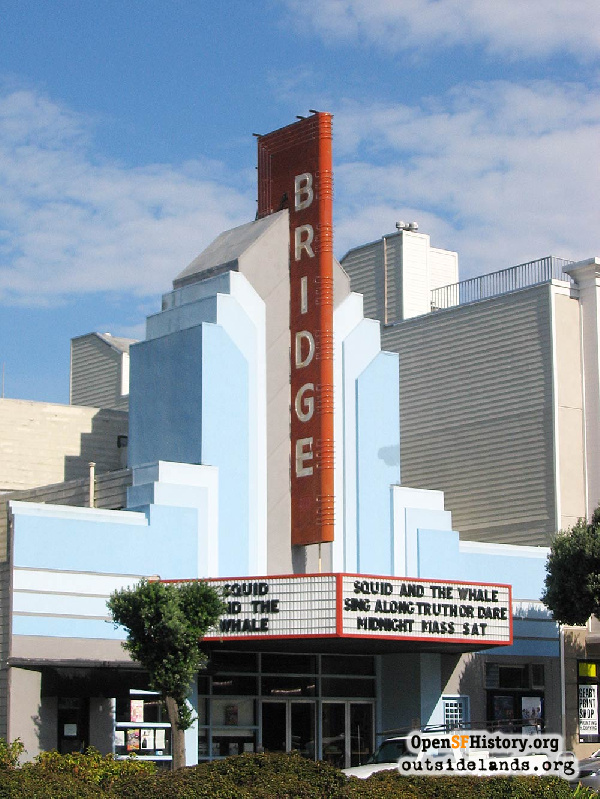 From theatre historian Jack Tillmany in 2004:

"As you may have already discovered, it was built by Attilio A. Zerga, and opened as the New Bridge on 21 July 1939 with Irene Dunne and Charles Boyer in Love Affair. The name Bridge was chosen in "honor" of the then newly built Golden Gate Bridge which opened in 1937. From the beginning up until the mid-1950's, it was strictly a low price, late run, neighborhood theatre, playing films which had first been shown on Market Street, then later found their way out to the neighborhoods in such second-run venues as Alexandria and Coliseum. By the time they got to the Bridge they already had quite a bit of mileage on them. Love Affair, for example, would have been about three or four months old by the time it opened at the Bridge.

"In the mid-1950's the Bridge was up-graded to an 'exclusive' (meaning the films were not shown at any other theatres as long as they remained at the Bridge) first run 'art' (meaning prestige USA and foreign films) house, and has prospered as such ever since."

The vertical sign and marquee are original, but the theatre went through a number of renovations over the years, with the box office moving away from its original center position.

The theatre's last operators, Landmark Theatres, announced the closing of the Bridge in December 2012. After a renovation of the building, which included preserving the facade and blade sign, the San Francisco Baseball Academy opened in the building. 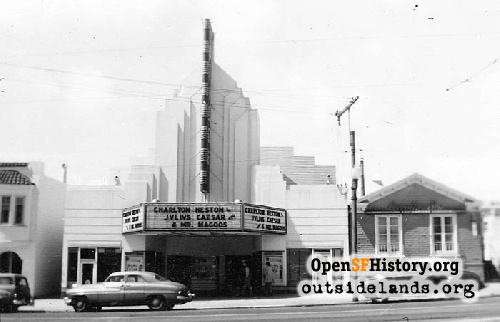 Contribute your own stories about the Bridge Theatre.