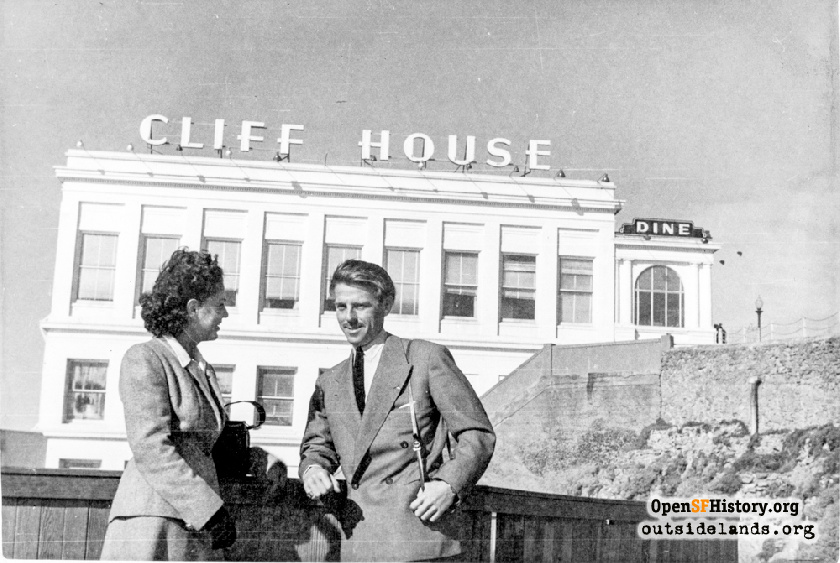 The modest 1909 Cliff House building makes the setting the star.

After the Victorian Cliff House burned down in 1907, Emma Sutro Merritt commissioned the architecture firm of the Reid Brothers to design the next Cliff House. The Reid Brothers' Hotel del Coronado in San Diego was an inspiration to Emma Merritt's father, Adolph Sutro, and he directed his architects to use it as a model for the second Cliff House. Now, ironically, those same architects built on the same site a very understated structure. Neo-classical, born in the "Search for Order" era, the 1909 Cliff House made the setting and the views paramount. 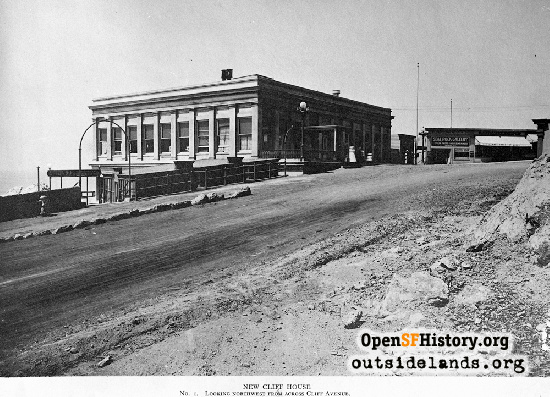 The Cliff House continued as a tourist attraction, as the views and the seal lions basking on Seal Rocks remained, but under a number of lessees it struggled as a profitable restaurant. The simple square form designed by the Reid Brothers received additions in the 1930s, 1940s and 1950s, as proprietors tinkered with different dining formats and attractions.

Under the ownership of George and Leo Whitney, who bought it in 1937, the Cliff House gained a more carnival personality. Neon signs and bright red paint appeared along with totem poles, Japanese gateways, and a Camera Obscura installed on the terrace inside a building in the shape of box camera. The "World's Largest Gift Shop" was built to the north. 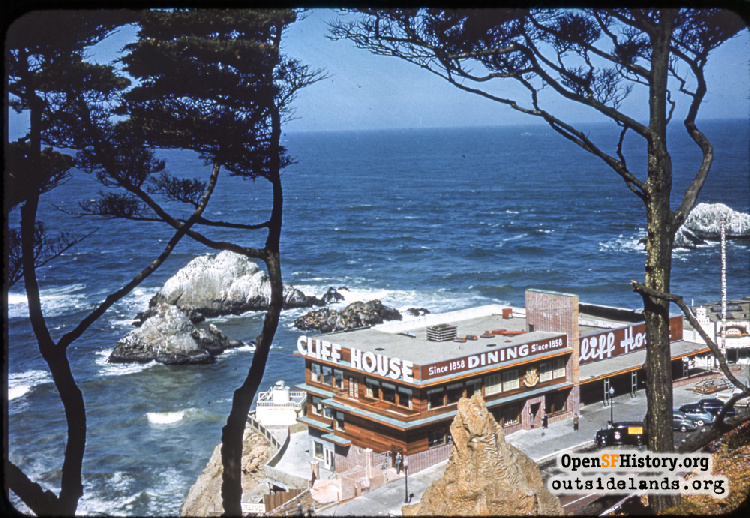 From 1969 to 1973, the old landmark sat closed and neglected. When it reopened, murals of psychedelic ocean waves adorned the roofline. When Playland-at-the-Beach, the amusement zone down the road, closed in 1972, many old-time nickel machines found their way to the Cliff House basement as part of Ed Zelinsky's Musée Mécanique. 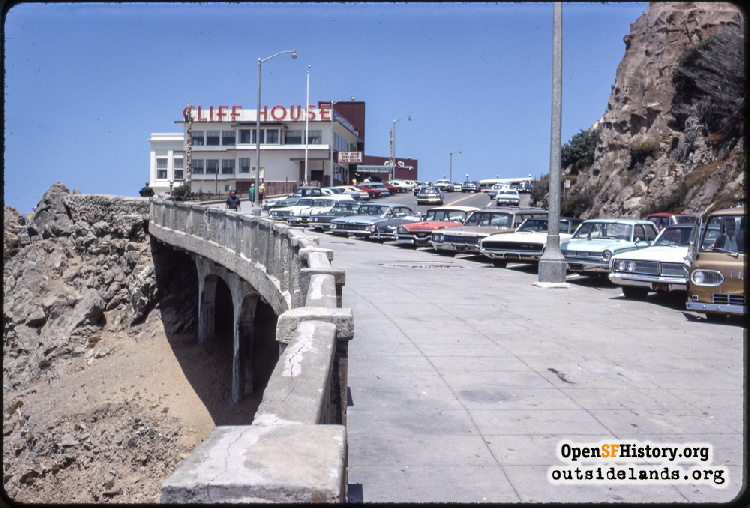 In 1977, the entire area was added to the Golden Gate National Recreation Area. After close to twenty years of environmental reviews, design assessments, and resource management guidelines, the National Park Service rebuilt the Cliff House in the early 2000s, restoring the 1909 exterior form, and adding a new structure on the north for fine dining.

The name Cliff House has been carried by buildings in different shapes and uses since 1863, and we have likely not seen the last of them. Even the sea lions have left, choosing basking locations inside the bay. One can, however, always depend upon the natural beauty of the site where the surf meets the cliff. 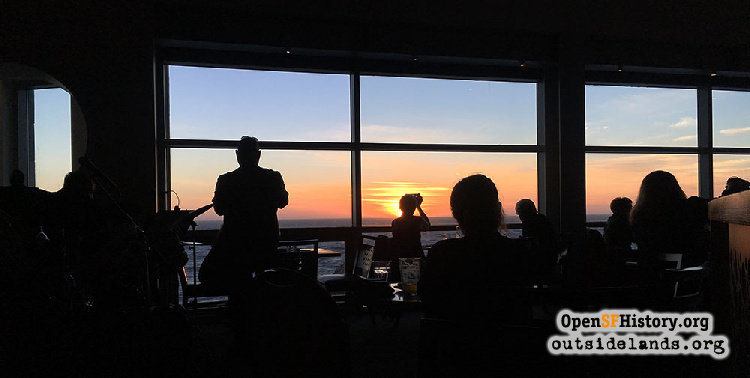 Viewing the sunset while listening to jazz at the Cliff House., Oct 5, 2018 - Woody LaBounty photo

The Cliff House Story, Part One

Contribute your own stories about the Cliff House!