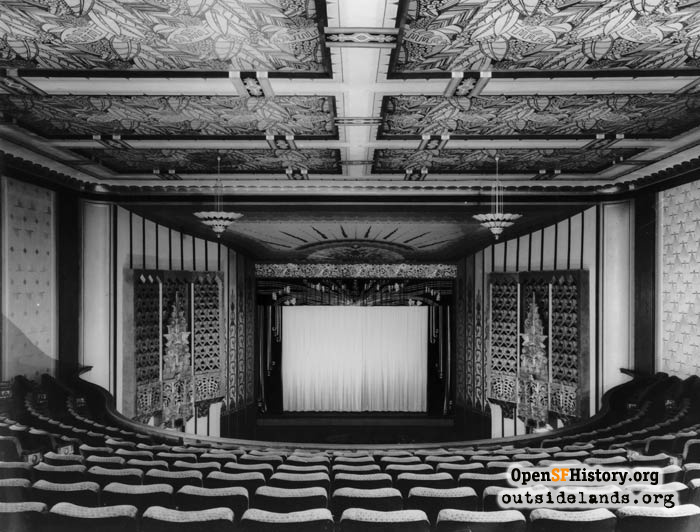 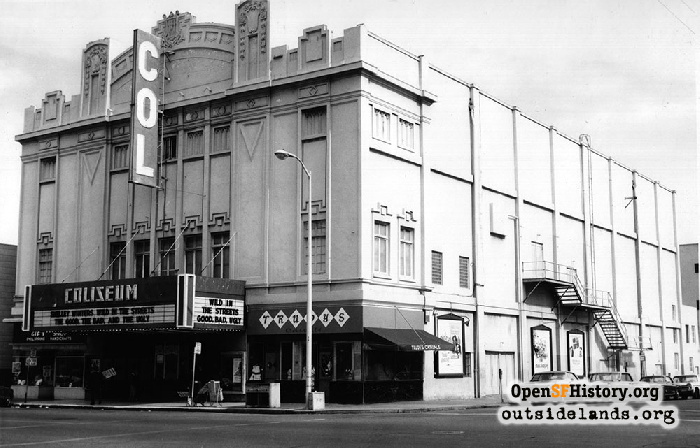 Coliseum Theatre at 9th Avenue and Clement Street showing Wild in the Streets and The Good, the Bad, and the Ugly. Trudys Casuals store on corner., 1968 - Jack Tillmany Collection

History of the Coliseum Theatre is well described on the San Francisco Theatres blog, and featured in this article: Palaces of the Past. You can read what going to the Coliseum was like in the 1930s in Pat French Swendsen's column, Remembering the Coliseum.

The old building, its marquee and vertical now pulled down, was transformed in the early 2000s into 14 condominiums and a Walgreens drug store on the ground floor. Prices for the new homes ranged from $665,000 to $1,128,000. 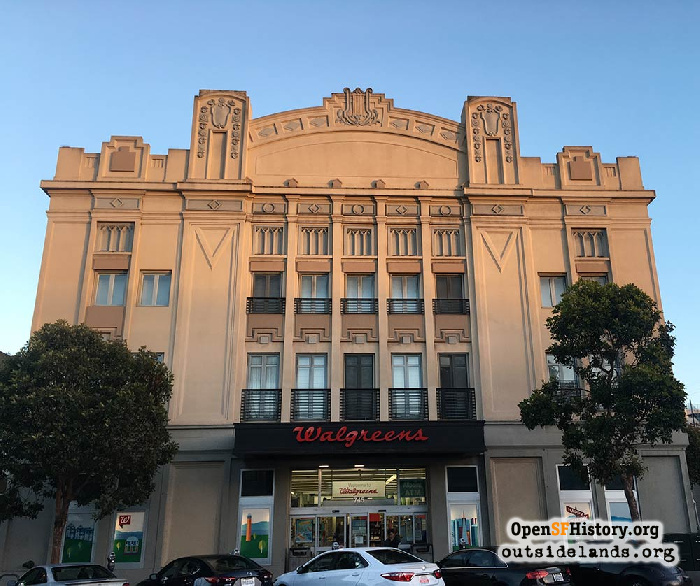 "The residents of the Park-Presidio district will tonight participate in the dedication of the new Coliseum Theater, Ninth avenue and Clement street, which will contribute the entire box-office receipts to the Red Cross. Mary Pickford in 'Johanna Enlists' will be the initial attraction.

"In addition to the Mary Pickford film, a Mack Sennet comedy and the Pathe News are billed." 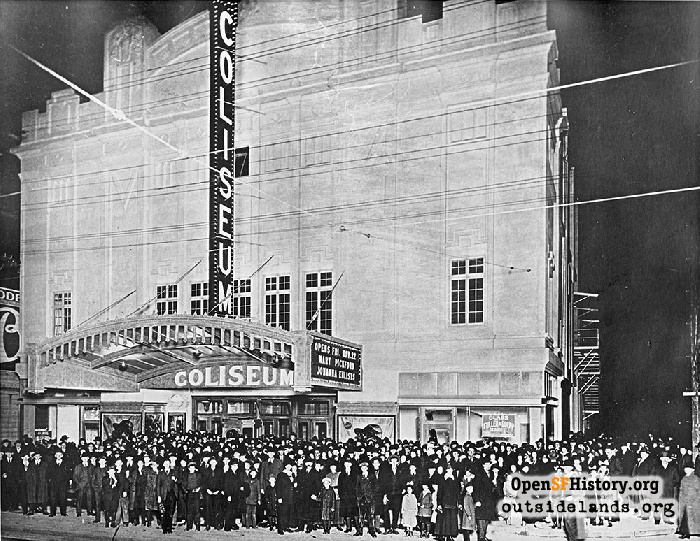 Crowd on Clement Street and 9th Avenue for opening night of the Coliseum Theatre., Nov 22, 1918 -

"The Coliseum Theater, 745 Clement street, is installing Vitaphone and Movietone instruments, and, beginning Monday night, will become a 'talkie' house. The first dialogue picture to be shown will be Al Jolson in 'The Jazz Singer,' which will be kept for four days. In it Jolson sings the Jewish chant 'Kol Nidre' as well as several other numbers. Warner Oland and Eugenie Besserer are prominent in the cast. A new service staff, trained to the nines by Leonard J. Williams, formerly with West Coast and Publix theaters in the Northwest, will begin its work at the same time." 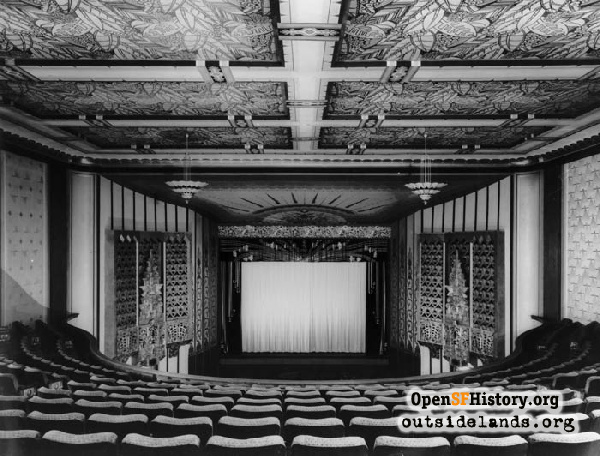