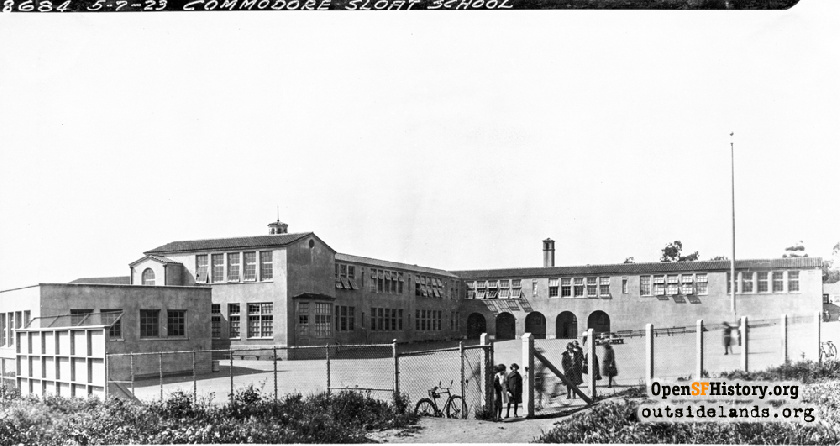 At Ocean Avenue and Junipero Serra Boulevard since the 1860s. 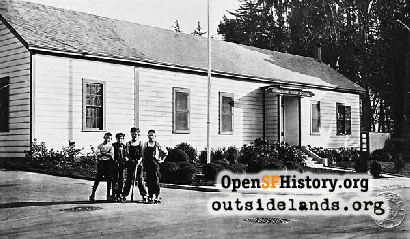 In 1865, the City of San Francisco opened a school in a rented building on the Ocean House Road (today's Ocean Avenue) near the intersection of Junipero Serra Boulevard. Truly a remote outpost of education, the one-room Ocean House School accommodated just one teacher and from between 12 to 67 students at a time, sharing a handful of desks, arranged around one stove. For almost fifty years, mixed classes of students ranging from 2nd to 10th grade were educated at Ocean House School.

Around 1911, the school expanded slightly and became the first Paul Revere School. After the Twin Peaks Tunnel opened in 1918, the school district made plans for a large modern building, named for Commodore John Sloat, to serve the rapidly growing neighborhood. This real-photo postcard above seems to show a transitional time, with the old school house bearing the new name. The City officially completed Commodore Sloat Elementary in 1922, and gave it an almost complete rebuilding in the 1970s.