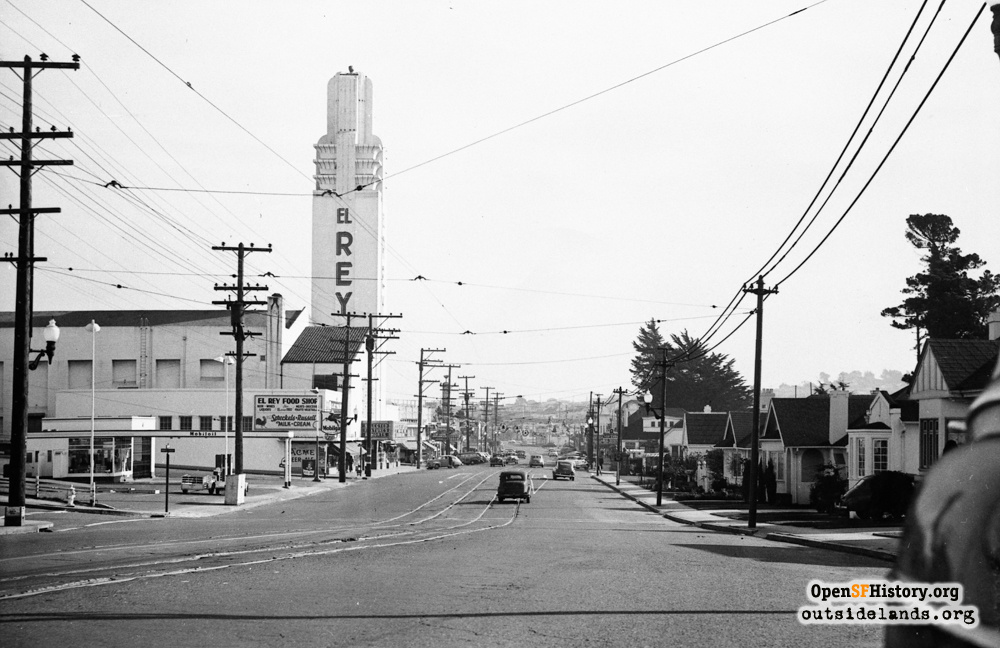 From 1931 to 1977, the El Rey Theatre operated on Ocean Avenue at Victoria Street. 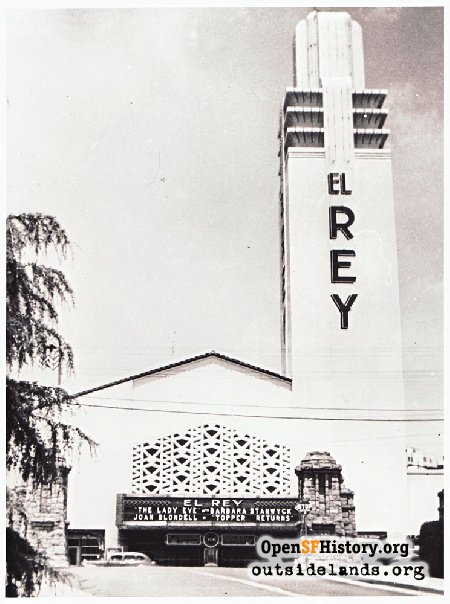 Spanish-Colonial Revival style was extremely popular in the surrounding neighborhoods of Ingleside Terraces, Mount Davidson Manor, and Balboa Terrace at the time of the El Rey's construction. A Spanish name ("The King") was chosen and Pflueger mixed Spanish elements with Moderne style in the design.

For thirty years the building was used by the Voice of Pentecost church, and the monumental 146-foot tower painted with a cross by the church. Pflueger intended the tower top to be a beacon in the foggy neighborhood, with a directional light charted by aviation authorities. Even without its original green and red neon lights, the El Rey is still the major Ocean Avenue landmark, visible from Mount Davidson to Merced Heights.

The church mortgaged the building to pay for upgrades and also to finance a science fiction film described by the pastor as "the Ten Commandments meets Star Wars." This venture, never completed, bankrupted the church and the building was quietly foreclosed upon in 2015, purchased at the end of the year by Ricci Ventures LLC and Greenpoint Land Co. for $1.06 million.

In 2017, the Planning Department prepared a landmark designation report that was steered by the Art Deco Society and Historic Preservation Consultant Christopher VerPlank. Legislation sponsored by Supervisors Norman Yee, Aaron Peskin, and Ahsha Safai was unanimously passed by the Board of Supervisors in July 2017 - making it San Francisco Landmark No. 274. In the summer of 2019, refined plans for redevelopment were submitted to the Planning Department for review. These plans seek to restore the facade, the commercial spaces in the front as well as the theater space and lobby according to Timothy Pflueger's original construction documents. The theater's parking lots and the top of both commercial wings are to be filled with 42 condos, along with a basement parking garage.

(Thanks to Jack Tillmany and Therese Poletti for most of this information.) 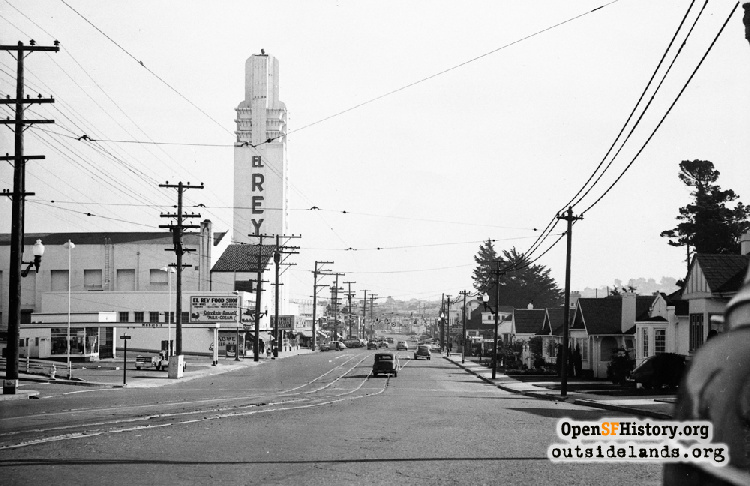 Contribute your own stories about the western neighborhoods.