Part 3 - A Chronology and Sources. 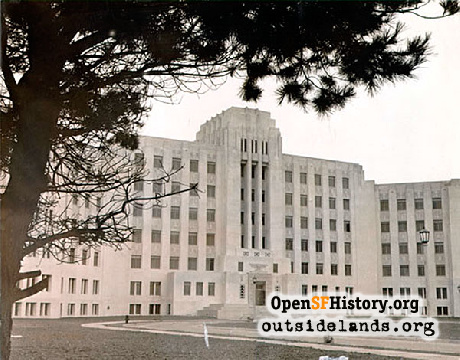 1890: U.S. Army launches 'Endicott Period,' a comprehensive modernization and construction program to improve coastal defenses. U.S. Army Corps of Engineers call for new complex of fortifications on both sides of the Golden Gate and on islands in San Francisco Bay.

1902: Fort Miley Main Post completed and officially garrisoned as a subpost of the Presidio of San Francisco.

City of San Francisco, in competition with other California cities, seeks to influence the Federal Board of Hospitalization to locate a new Veterans Hospital and Diagnostic Center in the city. City offers two sites for consideration: Pine Lake Park, near Sigmund Stern Grove and Fort Miley, which was then under consideration for deactivation by the U.S.Army.

1932: U.S. Army deeds 25 acres in the central part of Fort Miley Reservation to Veterans Administration. Within a year another 4.25 acres were added to the original parcel.

Plans drawn up by VA Department of Construction Services for a new hospital and diagnostic center at Fort Miley.

1933: Demolition of the Main Post of Fort Miley undertaken, resulting in the destruction of several barracks, officers' club and support structures. Only Building 18 is left standing.

1947: Building 25 completed for use by the engineering department.