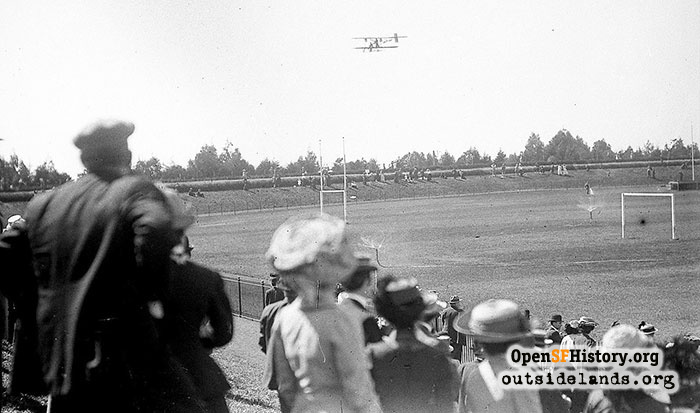 Westerly Winds: Early Aviation in the Outside Lands

Robert G. Fowler/s flight from the Polo Fields to cross the country in 1911.

Westerly Winds: Early Aviation in the Outside Lands 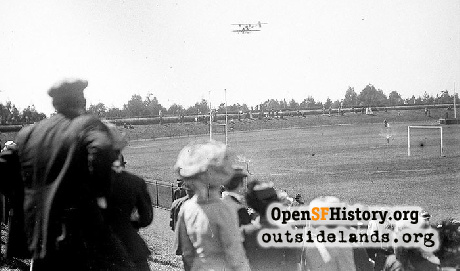 Flying into SFO airport recently, I got a great view of the Bay Area as we banked to line up for the runway approach, and I began thinking about the role our peninsula has played in early aviation. With the centennial of the Panama Pacific International Exposition (PPIE), there has been interest about daredevil flyers like Art Smith, Lincoln Beachey, and the Loughead Brothers—who gave passenger rides at the fair, and used that income and a name change to become Lockheed Aircraft Company. There is a rich history of aviation in the Bay Area, but the focus of this article is about a pioneer aviator whose remarkable exploits began with a flight out of San Francisco’s Outside Lands.

Early aviation depended to a great extent on staying aloft by the aid of the wind. The westerly winds that came through the Golden Gate and across the hills of the San Francisco peninsula could be fairly reliable to provide the updrafts for early biplanes. Those early aeroplanes had evolved from gliders, but with an engine to boost the plane off the ground and soar to greater heights. One of the many technical problems aviation designers faced was creating a light enough engine that provided enough horsepower to lift their airplane off the ground and above the obstacles below them.

In the Richmond District of San Francisco, the Gonzales twins, Arthur and Willie, were captivated by aviation. They lived at 435 16th Avenue, with their rear yard facing the great sand dunes where they experimented with flying kites in the strong westerly winds. They graduated from kites to gliders and eventually to a motorized airplane by 1912. The strong winds, lack of obstructions, and soft landing in the sand were great aviation advantages for gliders. But that same soft sand would be a major obstacle to get lift-off for a heavier motorized plane. The Gonzales brothers were ambitious hobbyists, but had to earn a living with paying jobs. By 1918, the brothers had moved to Los Angeles and abandoned their lofty aviation pursuits.