The famous comedienne was schooled in the Richmond District. 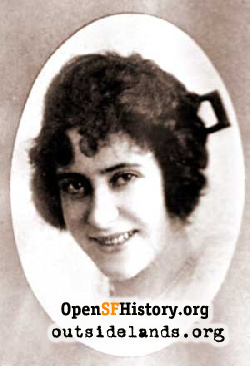 Recently, I saw an item on eBay that intrigued me: a 1914 yearbook from Star of the Sea High School. Knowing that the grammar and high school were opened in 1909, I figured it was worth a chance to bid on the book, just to see what it contained. When I won it, I opened it to see that the high school had a graduating class of 20 students, 4 of whom were boys.

One name immediately caught my attention: Grace Cecelia Allen. As a student at Star of the Sea Grammar School in the late 1940s-early 1950s, I'd heard that the comedienne Gracie Allen had been one of the school's notable graduates, but no one could identify the exact years she was there. A check of online sources made it even more confusing because the great comedienne used her age as part of her act, claiming that her birth certificate was lost in the 1906 earthquake. Her husband and comedy partner, George Burns, claimed he never knew her age either. The online biographical material gave five possible birth dates, from 1895 to 1906. Did I have the Gracie Allen's yearbook, which could finally help verify her age?

I scanned the yearbook photo, found an early publicity photo taken eleven years after the school photo, and sent both in an email to a number of friends. Friends compared facial features and unanimously agreed that I had found Gracie.

But I wasn't satisfied; I needed stronger confirmation. I checked the 1900 and 1910 San Francisco census records. Unfortunately, when Gracie was living South of Market Street in 1900, her name appeared at the end of the census page and was nearly impossible to read. In 1910, when she was living on 4th Avenue in the Richmond District, the census taker must have gotten his information from neighbors, because family members aged from 3 to 9 years in the ten years between censuses.

A check of San Francisco newspaper files brought the closest resemblance to the yearbook image---a photo taken about the same year, 1914, and a January 31 article mentioning Grace's dance performance. I had matched the face, so I returned to study the 1900 census record and with magnification became convinced I'd solved the mystery. Grace Cecelia Allen was born on July 26, 1895, and graduated from Star of the Sea High School from the stage of the Columbia Theater on June 19, 1914, a month before her 19th birthday. 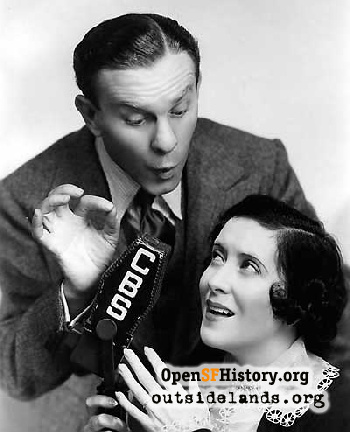