Product of a pioneering Ingleside family 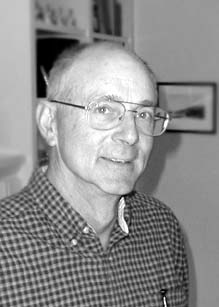 John Gross grew up on Howth street until his family moved to Beverly street in the 1950s, thereby giving him a view of the OMI from both edges. John's maternal grandfather moved his family to the neighborhood from Cow Hollow to work on the Twin Peaks Tunnel. His mother attended Sheridan School, and in the neighborhood met John's father, who went to Farragut School.

"[M]y dad always talked about the sand dunes of the area. He talked a lot about the big fence that surrounded Ingleside Terraces when it was still a racetrack. He talked about walking to school. One of the things that I told you, he was a fisherman, he was also a hunter, and he was able to afford a single-shot shotgun. And walking to school, he'd shoot rabbits, usually on the way home, and he said he just wrapped it up in a newspaper and left it in the locker at school, no problem. Other days, he would carry a golf club and a couple of golf balls, and he'd hit the golf ball all the way to school and all the way back."

John's father, John J. Gross, worked as a painting contractor, and learned to work early on:

"[A] family outing would be to go down to Lake Merced and pick blackberries. He said they never did anything that wasn't practical. They didn't go on picnics just for a picnic; it was always to gather wood or to gather berries. It was a tough life for them at that time. They were not well blessed with a lot of money."

Like many OMI kids, John remembers when the Merced Heights ridgeline was open space:

"[T]hat entire hill was all vacant and open and still had wildflowers, poppies, pansies... And we used to play up in there, run all around. Even up in behind the end of Josiah Street was a completely opened hill, a lot of exposed rocks and what have you. And that's all been developed since I was a little kid."

John grew up in a time when there were still vegetable fields where Interstate 280 is today, and lived beside a defunct chicken ranch at Howth and Mt. Vernon streets.

"It was abandoned, and we used to go in there occasionally. The rest of the chicken ranch behind the house was completely overgrown with shrubs and trees... [I]t was always interesting, and my mom and dad always cautioned we kids to stay out of there. It was dangerous. But my mother talked about buying chickens. Actually, my mom and my dad, at the lower part of the hill and the upper part of the hill, raised rabbits, raised their own chickens as well, had vegetable gardens."

John went to St. Emydius for grammar school, Riordan for high school, and stayed in the neighborhood to live in Parkmerced and go to San Francisco State University before shipping out for the Vietnam War. His parents stayed in the OMI when many families left the city. John remembers the "white flight" to the suburbs in the late 1950s and early 1960s, as African-American families began to relocate to the neighborhood:

"You know, change for anybody is always kind of scary, and people saw it as a change that was not for the good. I got kind of caught up in that. As a young adult I was probably as prejudiced as a lot of people in San Francisco and other areas, but times change and we get over those."

John eventually took over and grew his father's successful painting business. He also inherited his Dad's love of boats and fishing, and vacations for months at a time out on the high seas. But he lives in West Portal near the old neighborhood, and his family still has the home over on Beverly street. 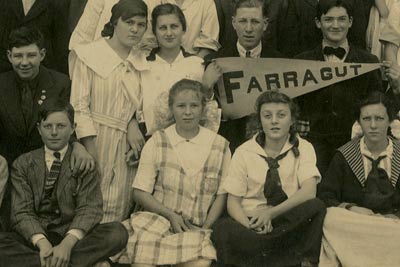