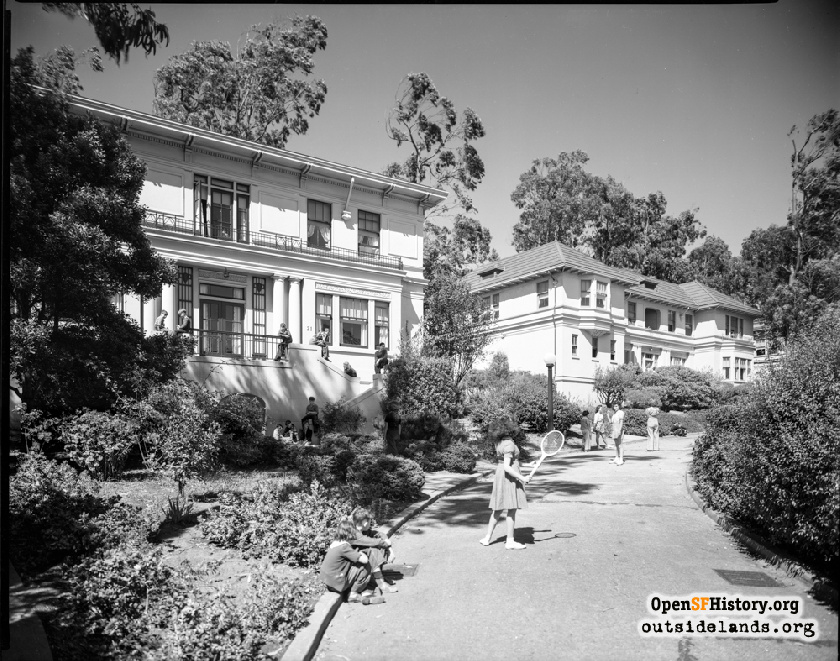 Jewish orphanage that faced Ocean Avenue from 1921 to 1960s

Opened: June 13, 1921 on Ocean Avenue between Faxon and Keystone.

Closed: Late 1960s, although it took many years for the campus of cottages and buildings to be demolished. Today residential homes and mixed commercial buildings fill the site fronting Ocean Avenue.

A history of Homewood Terrace from a program commemorating the organization's centennial on October 28, 1972:

"Homewood Terrace had its origin in 1872 as the Pacific Hebrew Orphan Asylum and Home Society when the Jewish Community assumed its historic obligation to provide shelter and care for children who knew the tragedy of parent loss. The first permanent residence in 1876 was at 600 Divisadero where care was available for children as well as dependent Jewish aged. 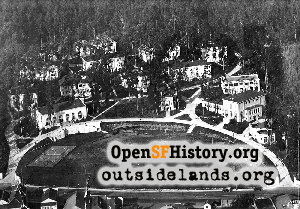 "Consistent with changing times and the more enlightened and innovative philosophies under the leadership of Dr. Samuel Langer, the agency moved to Ocean Avenue June 13, 1921. There, Homewood Terrace developed the first cottage type child care facilities in the United States.

"The increased staff was dedicated to help disadvantaged children develop and prepare for a healthy future. During the period of Mr. Benjamin Bonaparte's leadership, the agency had its greatest growth and personal impact. Many of the present leaders in the professions, business and finance as well as parents who have now nurtured their own children are alumni of Homewood Terrace.

"During World War II, Homewood Terrace provided for many children brought from the European Holocaust. In 1965, it was time for another progressive change. There was marked reduction in the need for custodial care. The philosophy of child development had further advanced to more valid concepts of rearing children in a residential community more analogous to normal family relationships. Mr. Ralph Ross directed the change from the cottage campus on Ocean Avenue to the present complex of seven attractive residential homes in the Richmond District where children now live with house counselors supervised by the staff of social workers.

"In 1969, a modern administration building and intramural school was built at 540 Arguello Blvd. to complete our present facilities. Homewood Terrace, under the directorship of Norton Mandelbaum, is closely integrated into a strong working relationship with Mt. Zion Hospital and Medical Center, the Jewish Family Service Agency and other agencies of the Jewish Community to which it is pledged to serve.

"The Jewish Community has responded generously with financial support and personal involvement vitally necessary to insure extraordinary care. For many years the agency enjoyed the loyal efforts and intense activities of a Woman's Auxiliary. Today, Homewood Terrace continues as an important philanthropy of the Jewish Community."

Read more about Homewood Terrace on our message board:

Homewood Terrace Memories
Stories of the orphanage on Ocean Avenue