The most fully-realized of San Francisco's residence parks 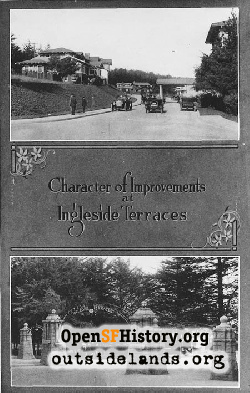 From Character of Improvements at Ingleside Terraces, a 1913 brochure published by the Urban Realty Improvement Company:

Comprises 148 acres of the choicest land within the city of San Francisco, facing on the Junipero Serra Boulevard, within a commanding view of the Merced Lakes and the Pacific Ocean beyond.

It is admirably laid out, and the street work is of the highest possible character. Ample protection against building abuses or objectionable occupation is afforded by stringent regulations incorporated in every need.

While Ingleside proper and the Ocean View district became home to a wide cultural mix beginning in the late 1940s, the Terraces were slower to reflect ethnic diversity (55% Caucasian, 30% Asian-American in the 2000 United States Census).

Joseph A. Leonard was the designer and developer of Ingleside Terraces, acting as the president and general manager of the Urban Realty Improvement Company. He bought the site of the old Ingleside Racetrack for $2,500 an acre. No stranger to upscale developments, Leonard had acted as manager and principal architect for the Jordan Park community and built more than 100 homes in the Inner Richmond.

Leonard constructed the large Craftsman-style home at 90 Cedro Avenue in 1911 and lived in it until 1920.

In 1957, Cecil F. Poole, an African-American, became the first non-caucasian owner and resident in Ingleside Terraces. A graduate of Harvard Law School and president of the San Francisco Urban League, Mr. Poole served as an assistant district attorney and later became a federal judge. The house he bought was none other than Leonard's former residence, 90 Cedro Avenue. Despite having a cross burned on his front lawn, Mr. Poole and his family stayed in the Terraces until the early 1980s. 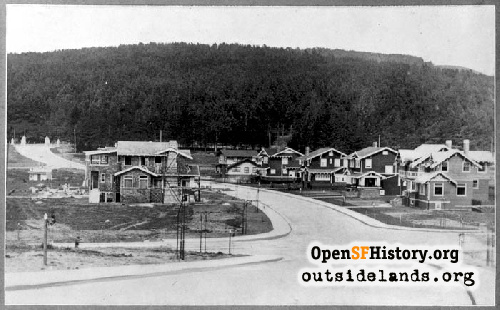 Many consider Ingleside Terraces one of the most fully-realized of the "residence parks" in San Francisco. Today, it still has an active homeowner's association. The community centers on Urbano Drive, the site of the racetrack. Supposedly, the small house at 280 Byxbee Avenue is an old jockey house from the racing days.

On Entrada Court stands what was originally promoted to be the world's largest sundial, erected by Leonard as a publicity stunt in 1913.

You can read more about Ingleside Terraces and the racetrack in our first Streetwise column, and view photos of model homes and floor plans in the sundial brochure. 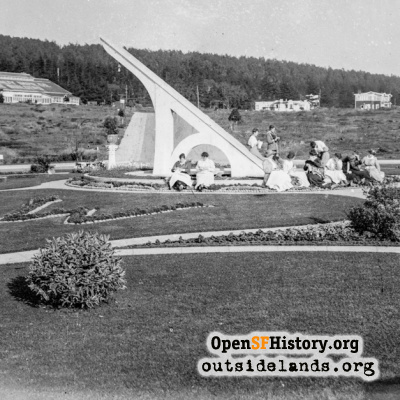 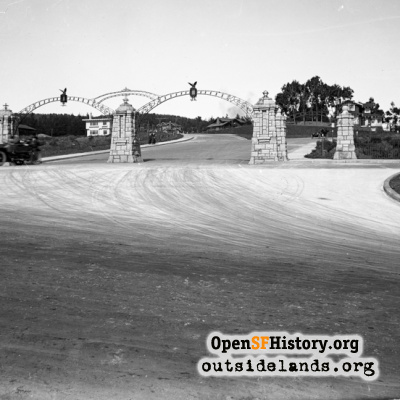 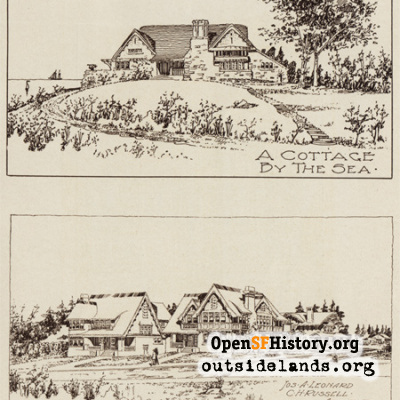 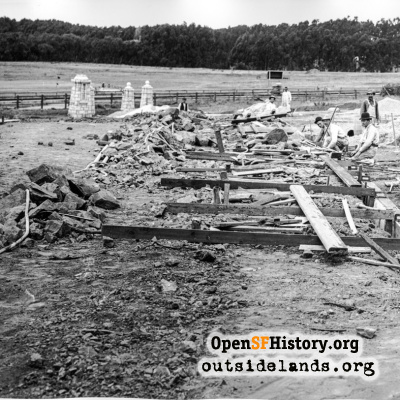 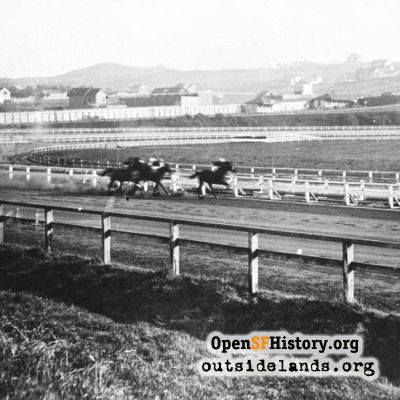 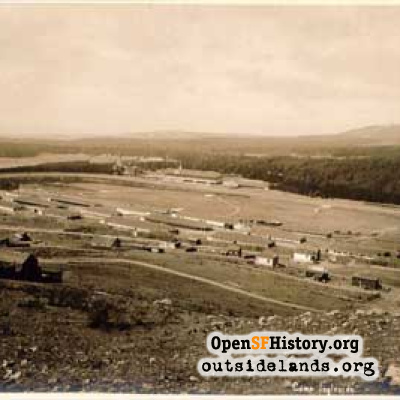 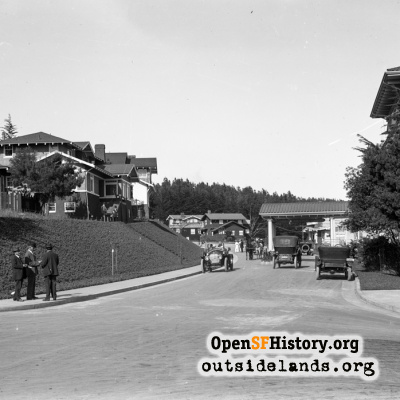 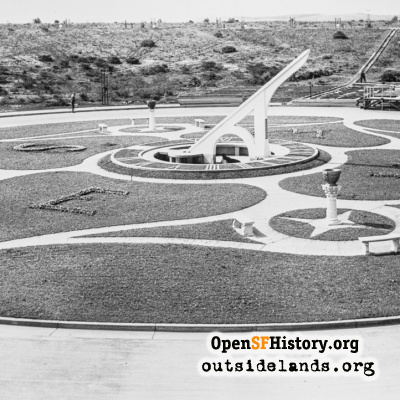 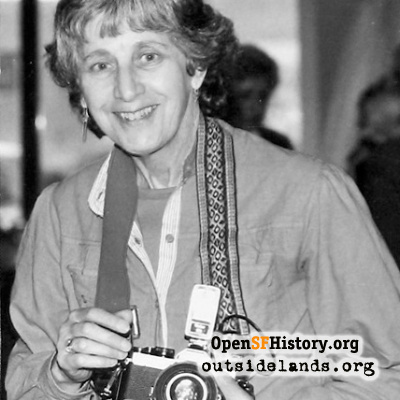 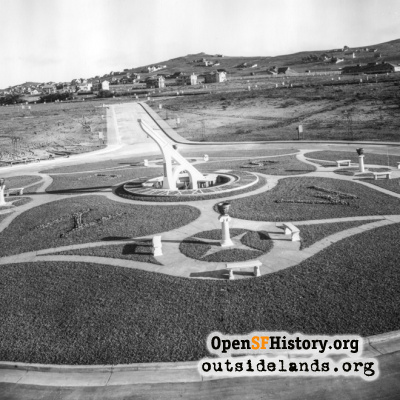 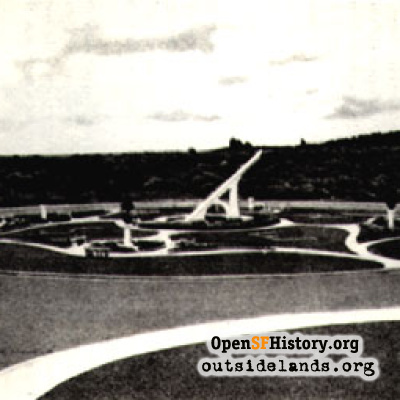 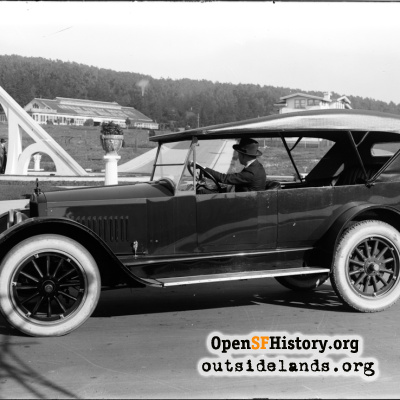 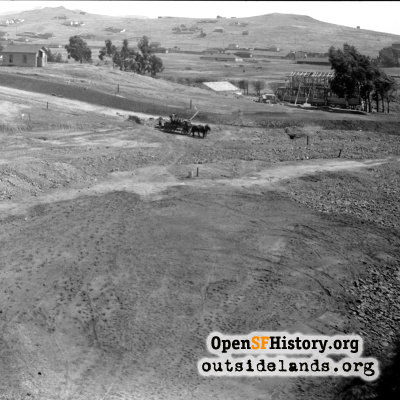 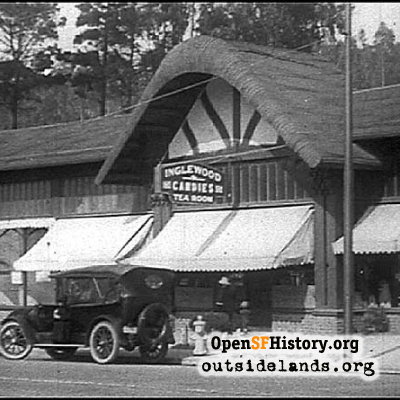 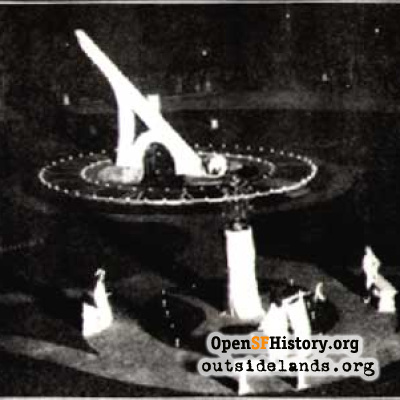 
Contribute your own stories about the OMI!