Gary Silberstein was born in 1942 and grew up in San Francisco's Richmond District, the son of a dentist. He attended Lowell High School and first surfed at Kelly's Cove when he was around sixteen years old. He went into the water and immediately wiped out. 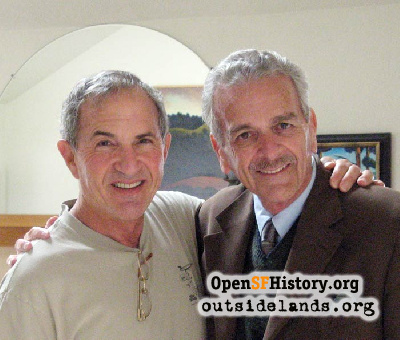 "Ocean Beach was/is a harsh mistress, as you know. I just progressively got more involved out there as I got better at surfing, and began to make friends and that became my crew."

Mr. Silberstein received his first surfboard from legendary Bay Area clothing manufacturer and family friend Ben Davis. He became a premed student at UC Berkeley, but spent a lot of his time escaping school to surf. "I had my schedule set up where I’d try to get no classes on Friday or get them done by noon so I could get out to Kelly’s and surf all weekend. Sometimes if it was good I’d cut classes Monday morning and surf. And I couldn’t figure out why I wasn’t doing well [in school], you know?"

Despite a harrowing and near-fatal experience being pulled out into the Golden Gate by a riptide in 1959, Mr. Silberstein never lost his love of the ocean. He went on to earn a doctorate in cell biology and biochemistry and for over thirty years worked as a research biologist at the University of California, Santa Cruz, with excellent surfing nearby.