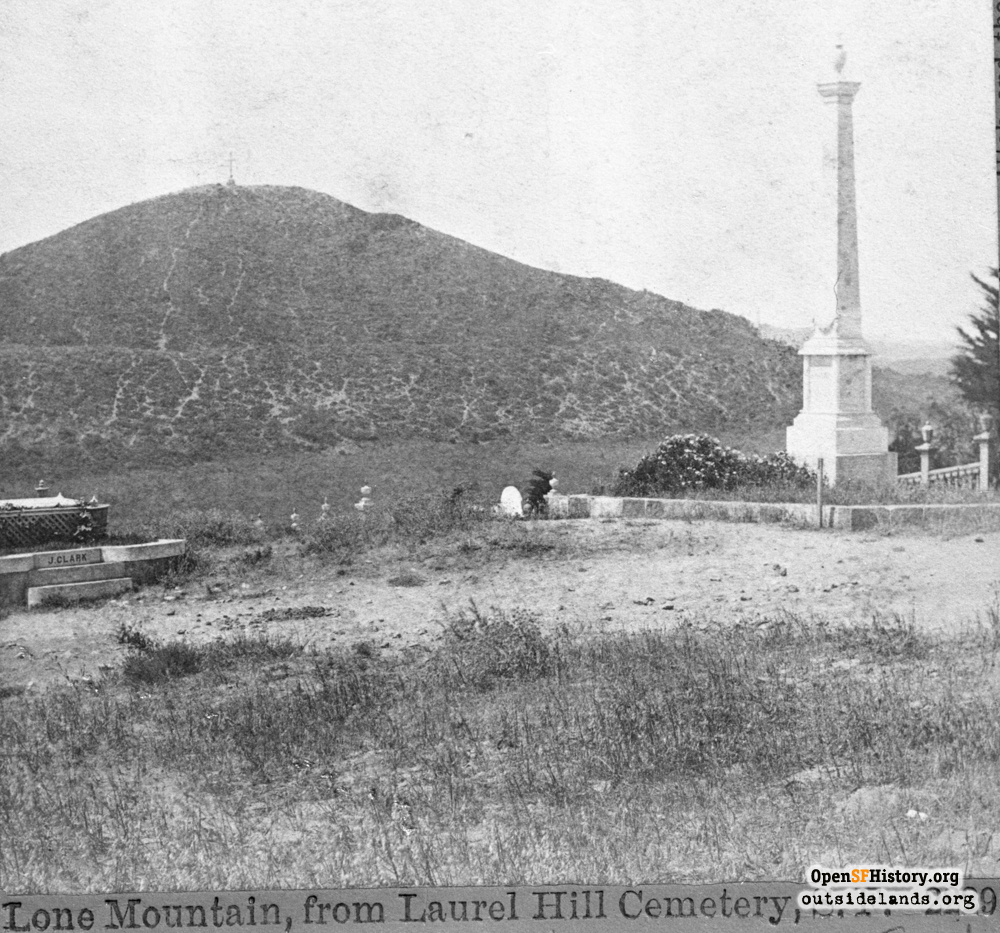 Resting place for prominent San Franciscans beginning in the 1850s. 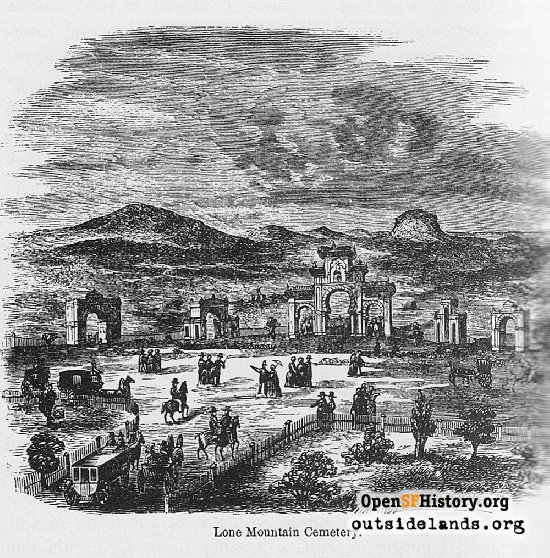 The young city of San Francisco had previously buried most of its dead at the Yerba Buena Cemetery, where the city’s Civic Center is today. The site had been considered outside of town at the time of the cemetery’s establishment, but by 1853 the city needed a larger, more remote burial ground. Originally, Lone Mountain Cemetery was intended to be 320 acres and to encompass the western eminence for which it was named. A year later, however, according to The Annals of San Francisco (1855), the cemetery planners “found that one hundred and sixty would form a sufficiently large cemetery.” Thus, from its beginning, Lone Mountain Cemetery was only in view of its namesake.

At the time, Larkin Street represented the western edge of the city of San Francisco, and the Annals noted how difficult it was to traverse the wild land of today’s Western Addition: “The present mode of access to the cemetery is by a circuitous route, nearly four miles in length, by way of Pacific street and the presidio. When the western extension of Bush street is graded and planked, which is proposed to be done during the summer of 1854, the distance from the plaza [Portsmouth Square] to the magnificent gateway of the cemetery, about to be erected at the termination of that extension, will be about two miles.” 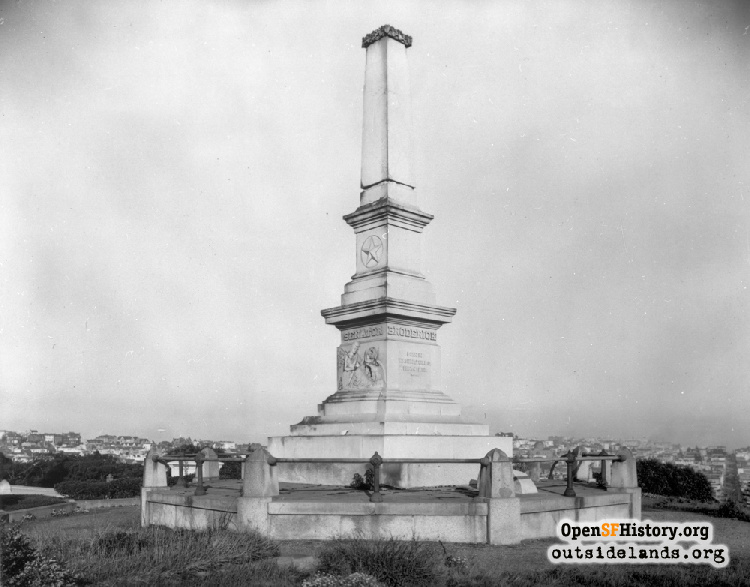 Broderick Monument, minus its top section which fell in the 1906 earthquake., circa 1910 -

The first descriptions of Lone Mountain Cemetery feel extravagant considering how reviled the burial site became in the early twentieth century, when Richmond District boosters fought to have it removed to open up commerce, transportation, and real estate development. The Annals again:

"There are many beautiful spots within this space. Delightful dells, scooped out among the hills, with the evergreen oaks bordering and fringing their quiet beauty; valleys smiling all over with flowers, of every hue, and knolls covered with shrubs, rejoicing in their crowns of white lilac. The views are as various and sudden as the avenues and their turnings. There are portions full of hidden springs, and, in a word, the spot is capable of being made one of the most delightful in California."

The addition of the “Outside Lands” to the city of San Francisco in the 1860s created a battle over the administration of Lone Mountain that went to court and was eventually resolved in 1867 with the formation of a new cemetery association and a name change to Laurel Hill Cemetery. 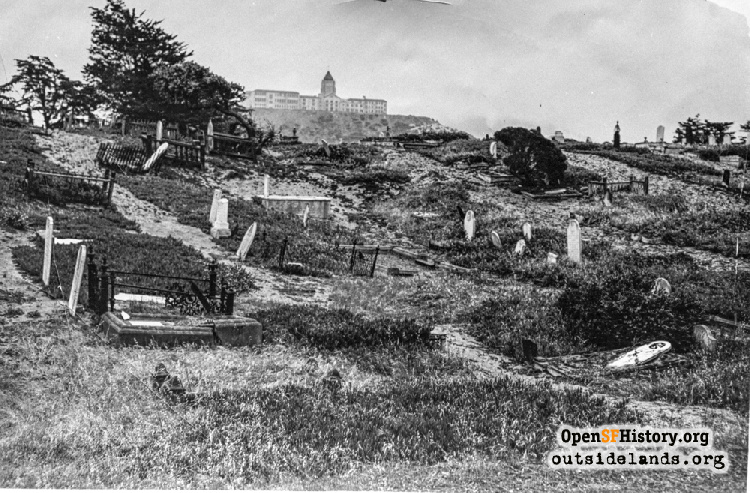 In 1902, San Francisco’s Board of Supervisors passed an ordinance to ban further burials in the city. With diminished revenue, Laurel Hill fell into disrepair and was a frequent target for vandals. The Richmond Banner, a neighborhood newspaper, campaigned for almost two decades to have the cemeteries removed. (A typical editorial, from April 4, 1924, reads “This district of ours, beyond the land of the dead, wants to be firmly united to the rest of San Francisco.”)

Despite being the “final” resting place of many San Francisco pioneers, U.S. senators, and Civil War heroes, Laurel Hill succumbed. From 1939 to 1941, some 35,000 bodies were reinterred, most to Cypress Lawn Cemetery in Colma, California. The Laurel Heights neighborhood stands on the site today.