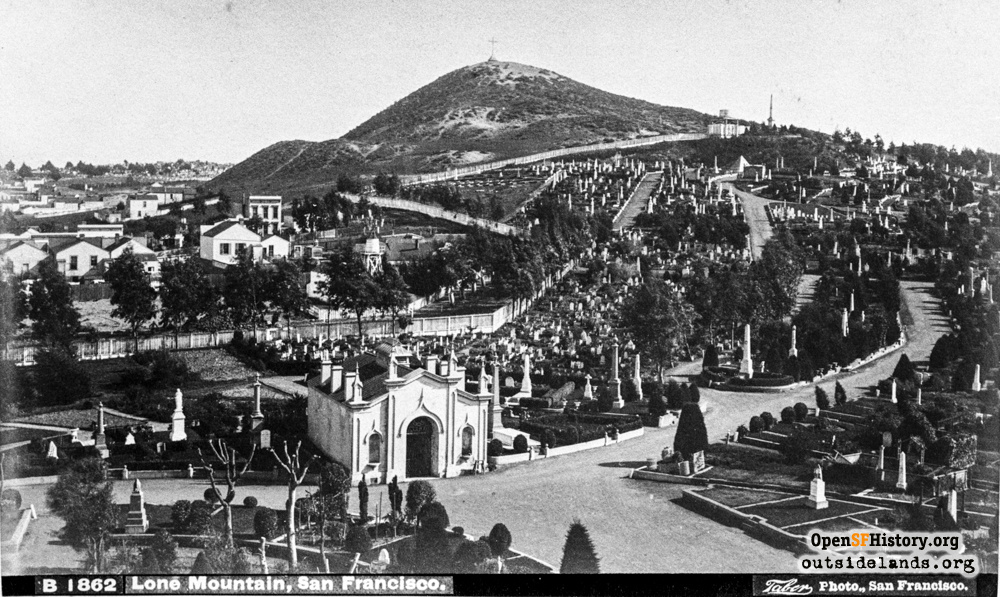 All that remains of the cemetery founded on the western slopes of Lone Mountain is the Columbarium.

Closed: Bodies moved in 1929-1935 to Greenlawn Cemetery in Colma, California. 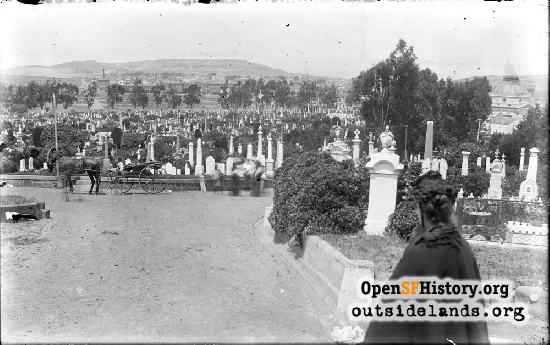 View west, with French Hospital in distance. Columbarium on right. Looking east into the Yerba Buena section from the Friends Home section. The corner stone to the left of the lady in the black dress reads "[...] Friends Home Sec." The steps across the road read: "Yerba Buena No. 15." To the left of the tree you can see the Charles de Young monument. (ANSR), 1900s -

All that remains of the cemetery founded on the western slopes of Lone Mountain is the Columbarium, a magnificent repository for cremated remains still in business today (run by the Neptune Society).

A Greek cemetery, close to the current intersection of Stanyan and Golden Gate, was accessed through the Odd Fellows ground until the bodies were moved to the Golden Gate Cemetery. (Although the removal of the bodies may not have been done with the greatest of care. See the 1899 story, "A Neglected Graveyard", on Ron Filion's site for more.) 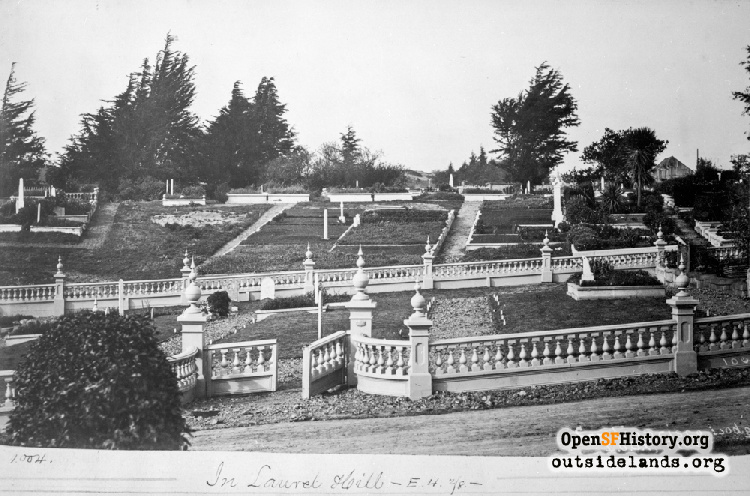 Believe this to be Odd Fellows Cemetery, rather than Laurel Hill/Lone Mountain [1004 In Laurel Hill (sic) San Francisco Lodge I.O.O.F Plot], circa 1885 -

The land, exempting the five-acre plot surrounding the Columbarium, was developed into commercial and residential lots. A large section was used for a public park and pool named after former mayor Angelo Rossi. 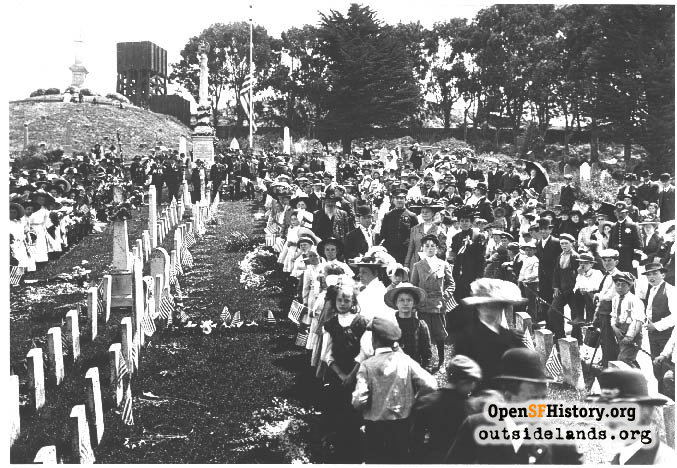 Memorial Day ceremonies at Grand Army of the Republic plot in Odd Fellows Cemetery. Parker Monument on upper left., May 31, 1909 -


Contribute your own stories about western neighborhoods places.