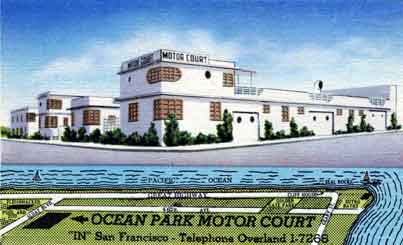 Playland, Fleishhacker Pool, Sutro Baths and the Fort Funston army base may all be gone, but the motel that for years accomodated visitors to those attractions is still in business. The Ocean Park Motel at 2690 - 46th Avenue is an anchor in the southwest corner of the Sunset district, as important to the city's history as such neighbors as the San Francisco Zoo and Doggie Diner head.

Credited as San Francisco's first motel, the Ocean Park has been owned by Marc and Vicki Duffett since 1977, and they have kept the streamline moderne motor court in excellent condition.

When it opened in 1937, people did not think highly of motels, and the city's public health director, Dr. Jacob Geiger, warned that the Ocean Park would attract a shady clientele. Perhaps a few guests have dropped in over the years for quick trysts (especially in the late '60s and early '70s), but the Duffetts have turned the Ocean Park into a respectable getaway for tourists and locals looking for some quiet time near the beach. 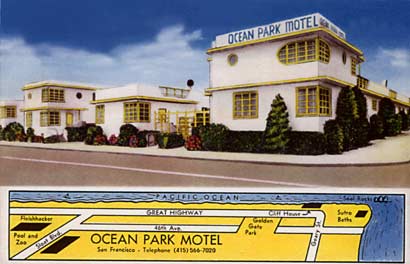 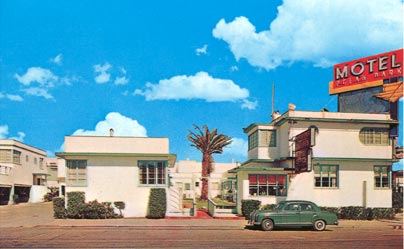