An Ode to Parkside 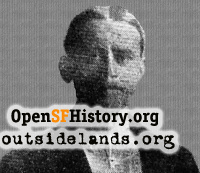 An Ode to Parkside

There is a place called Parkside,
Where people go for health;
It's just the place for a poor man
Or for a man of wealth.

It's just the place for children
To play out in the sun,
And make and bake mud pies and cakes,
And have all kinds of fun;

Where doctor's call was never known---
They have no need for drugs;
They have plenty of fresh air and sun,
And cure their ails with hugs. 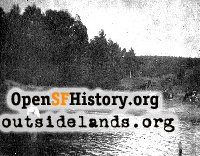 There is a doctor lives out there---
His name is Doctor Stoll---
But when he looks for practice
Downtown he has to go.

He is raising up a family
Of girls and boys so fair;
He knows it is not drugs they need,
But plenty of fresh air.

If every place was just like this
The doctors would be few---
They would all go out of business,
For they would have nothing to do.

It is not half as far away
As some of you have heard---
It's only thirty minutes ride
To Market street and Third.

But when the tunnel is complete2
(Which will be very soon),
They will all go home for dinner
Every day at noon.

Notes:
1. Mrs. Alsing was the wife of the first treasurer of the Parkside Improvement Club, F.W. Alsing.

2. This was the planned Twin Peaks Tunnel, which wouldn't be in service until 1918, seven years later.