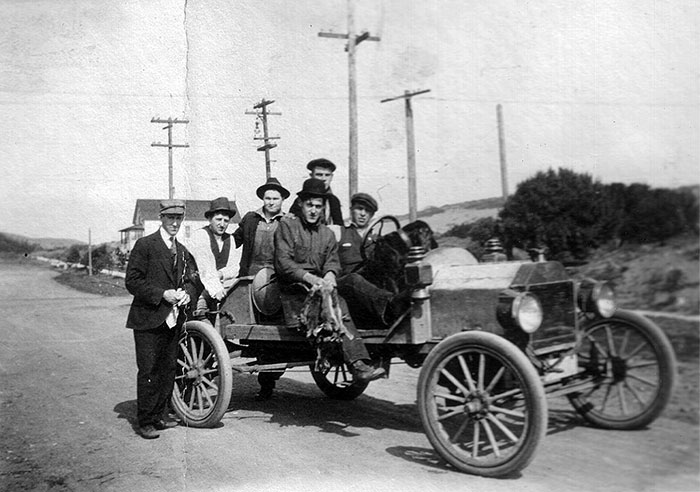 "West of 19th Avenue was just like wilderness back in the old days before the Parkside and Sunset Districts of San Francisco were heavily populated. There were literally thousands of jack rabbits, suirrels and the like roaming among the high dune grasses and wildflowers of the undulating hills which stretched all the way to the beach.

"George Stanton and his brother Bill, along with their best friends, Gene and Charlie Williams, loved the freedom and excitement of gallivanting around the dunes. Hunting was not just a sport at that time. Many people looked forward to the wild rabbits, which they were able to capture, to be part of their dinner. So the fun was also a way of contributing to the welfare of the family."
--Mary Ada Williams, More Parkside Pranks and Sunset Stunts, The North Scale Institute, San Francisco, 1990.

Image: Courtesy of the Williams family.