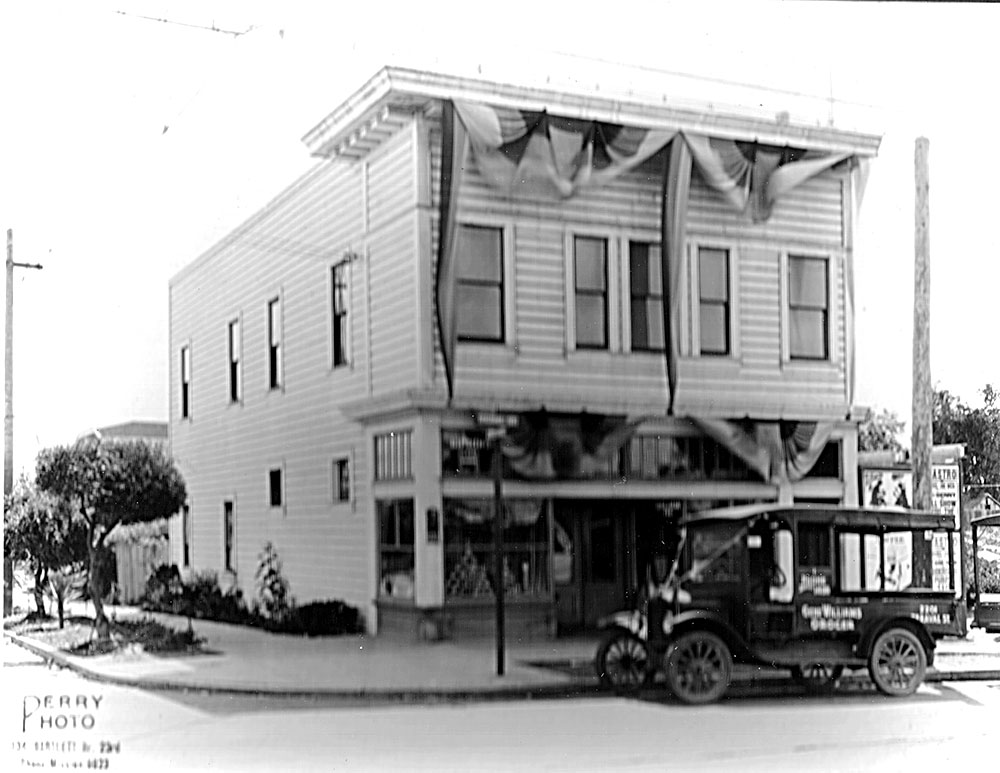 Eugene Williams gave the Parkside its first grocery store in 1908. "Parkside Grocery" at 32nd and Taraval also hosted community events upstairs in "Williams Hall". Above, the store is dressed up in 1925 for the 75th anniversary of California's admission into the Union. Below, the building has gone through a remodel to look like the "Gene's Liquors" that in 2005 is still a Parkside institution. 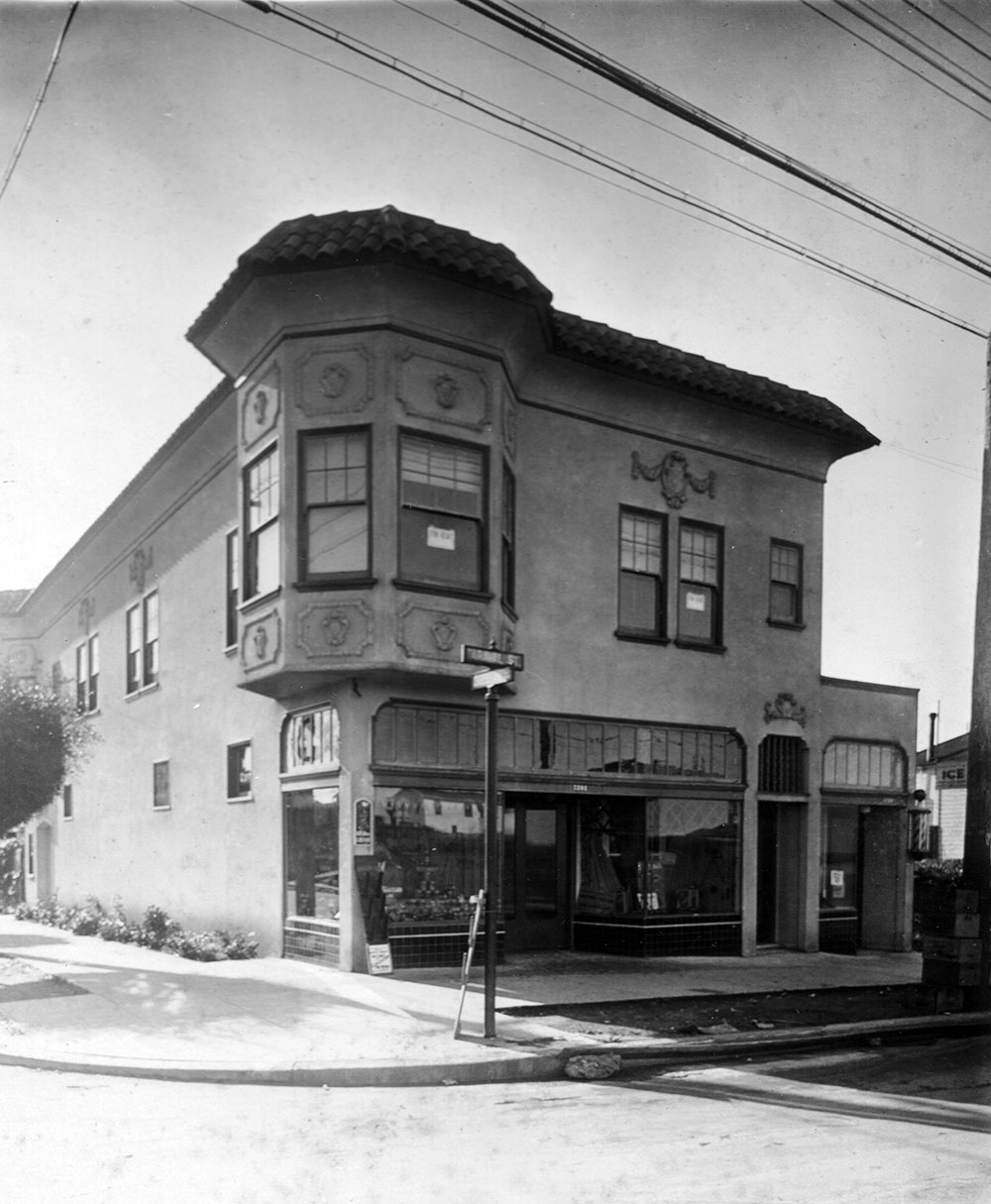 Images: Courtesy of the Williams family.