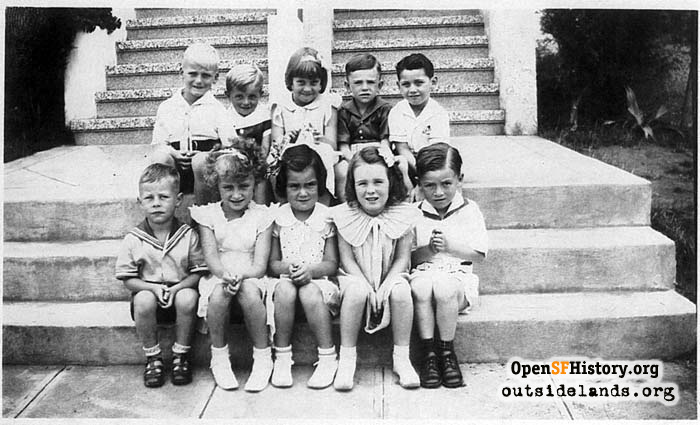 Before television, the front window provided news and entertainment. 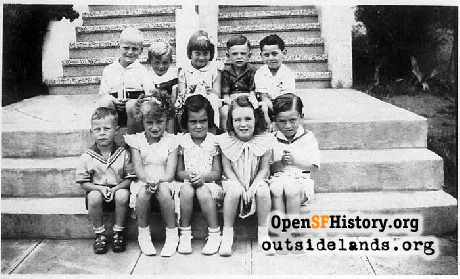 Most of the homes in the Parkside District are built with living room windows in the front of the house above, and overlooking, the street.

In the 1930s and 1940s, we didn't have computers or TV to take up our spare time. Most evenings we sat in the living room and listened to the radio. Now, where did we look when we were listening to the radio? Correct? Out the window!

A visitor to our neighborhood, ignorant of our ways, would never suspect that many eyes were watching his or her every move. Those of us wise in the ways of the Avenues would see that drape move just a tad or those blinds slowly shift, but a stranger would never catch it.

We had a large couch in front of our window and we never missed a thing. "Oh, look, Mary Ellen has a new boyfriend. Wonder where they're going?"

"There's Richie Shreve right in the middle of the street again. One of these days he's going to get run over."

"Who's going in at the Parkers? I've never seen him before?" "Oh, that's Frank's ex-brother-in-law. He's from the Mission."

There was one woman on our street that I swear had breakfast, lunch, and dinner in front of her window. She didn't even close the drapes. Even the dog would jump up on the couch. He too was curious about what was going on outside.

Now occasionally having a bird's eye view had its drawbacks, especially in the case of my father. He had the mistaken notion that the street curb directly in front of our home belonged to him. Let him look out the window, see a car parked there, and he did ten minutes of stand-up: "Look, someone's parked their car right in front of our house!" And on and on...

I know that historical scholars interested in this period of time are scratching their heads in wonderment. This little oasis called Parkside, surrounded by a big city, was an island of peace and tranquility free of street crime. Now you know the reason why.