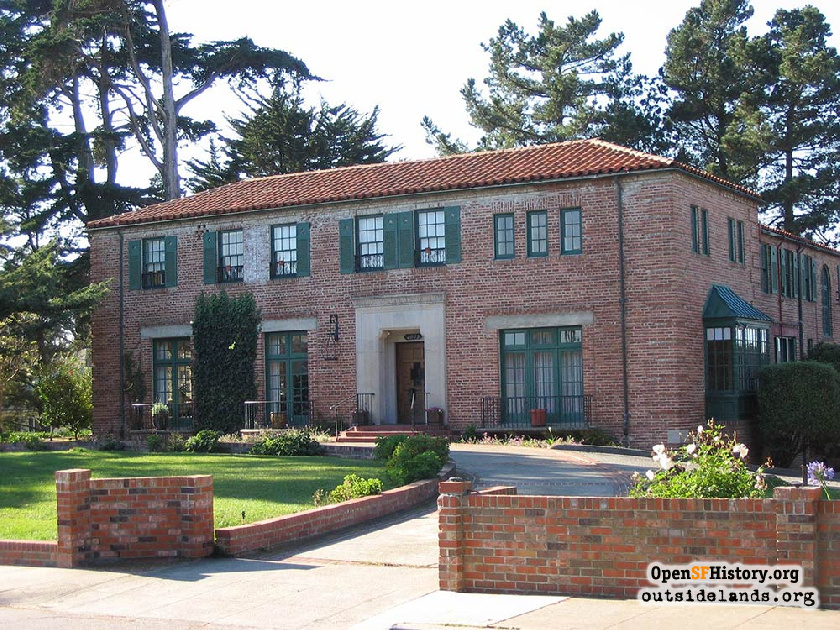 Built by the San Francisco Junior League as a home for underprivileged children and orphans awaiting foster homes. 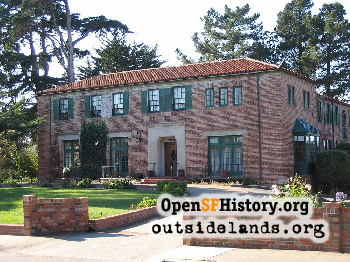 Pinehurst was built by the San Francisco Junior League as a home for underprivileged children and orphans awaiting foster homes. Over the years, the building has served a number of social service agencies and has been owned by the Salvation Army since 1946.

Architectural details: Situated on a large landscaped lot with mature trees, the building stands out in its neighborhood of modest row houses. An elegantly curved driveway leads to an inviting entrance framed in light stone. The two-story brick building with a pitched tile roof was designed reminiscent of the colonial style. Its three wings form a protected courtyard on the west side of the building suitable for social gatherings. While the ground floor is occupied by several large and nicely designed rooms and a kitchen, the upstairs accommodates bedrooms.

Tiles of animals, ships, and castles decorate the walls of the recreation room. In the visitor's room, the fireplace features a frieze of Old King Cole. The salon was donated by the Ghirardelli family in memory of their daughter Esperance. The ceiling of the salon is inscribed in Latin with the text from Corinthians 1:13 (which ends "So faith, hope, love remain, these three; but the greatest of these is love.")

In 1929, the building received a "city clubhouses" award at the Northern California Architectural Exhibition held at the M.H. de Young Museum.