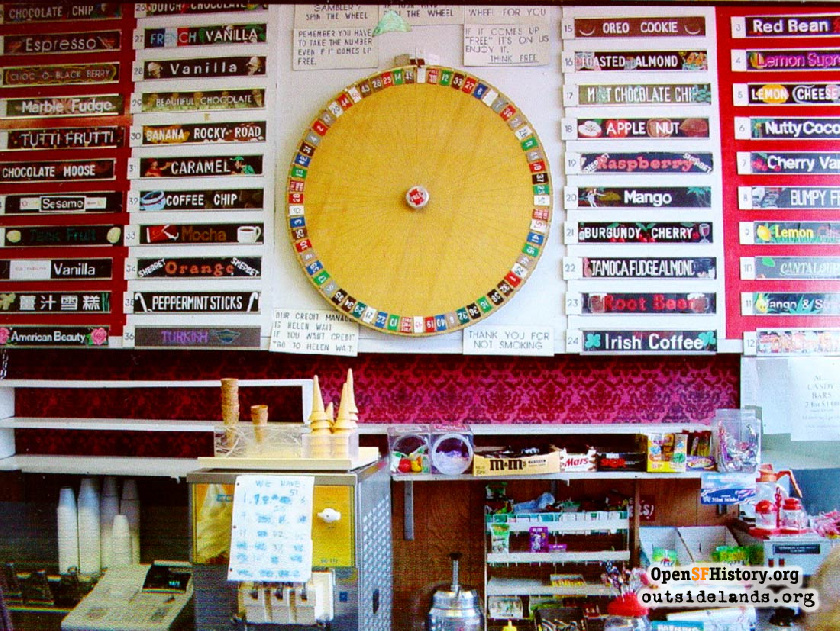 A Sunset District institution since 1955. 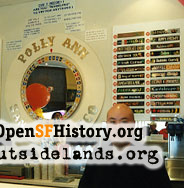 On Saturday, July 16, 2005 Polly Ann ice cream parlor celebrated its 50-year anniversary with a ribbon-cutting and all-day celebration. Single cones cost 99 cents all day at the Sunset district institution on the corner of Thirty-ninth avenue and Noriega streets. City Supervisor Fiona Ma was on hand for the ribbon cutting and to give owner Charlie Wu a proclamation from the mayor.

The first Polly Ann opened on July 16, 1955. In 1959, Bernice and Chuck Lassiter bought the store and owned it until the 1967. They helped make the store locally famous for its unusual flavors that won ribbons at the State Fair. The Lassiters sold the parlor to Ted and Lee Hanson who added some of the twists Polly Ann's has been known for over the years with Sunset District residents.

"They served cones in the shape of little doggies and put in the big wheel, which is still there, to help customers choose a flavor," Lassiter remembered.

The big carnival wheel that can land anywhere from chocolate ripple to pistachio is well-known to adventurous ice cream lovers. If you can't decide which flavor ice cream you want, a spin of the wheel will decide for you.

Charlie Wu has owned Polly Ann since 1985. He says that when he bought the store, it offered 250 ice cream flavors. It now has a collection of 500 flavors, all made by the Polly Ann staff. About 50 flavors are offered at any one time. At the 50th anniversary, people could order such exotics as lychee, sesame, lemon strawberry swirl, pink cloud, jasmine, sabra, coffeecheese[cake], and bumpy freeway (rocky road). The wheel behind the counter is that same one used many years ago.

Charlie Wu learned to make ice cream in the Cornell University food science program---where many ice cream executives (including those from Ben & Jerry's and Baskin Robbins) learn the science of ice cream. Charlie was the first Asian in the program.

Polly Ann closed in 2003 when the original building was torn down. During its two-year hiatus from the retail business, Polly Ann survived by supplying chocolate-covered bananas and ice bars (with distinctive flavors including taro, red bean, peach, mango, macapuno, and green bean) to Safeway, Albertson's, and small markets. On February 28, 2005, it reopened in the new building, at the corner of Thirty-ninth avenue and Noriega street. 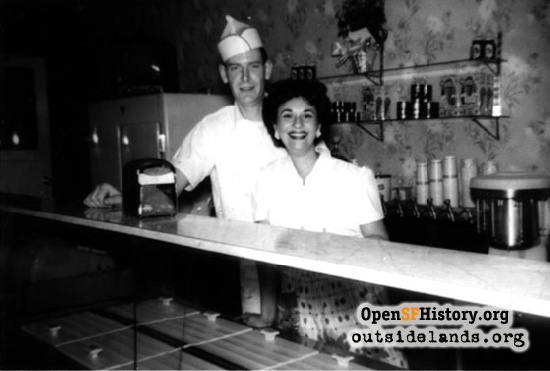 Former owner Bernice Lassiter, who was on hand for the 50th anniversary, couldn't say who the original Polly Ann was, and admitted "I didn't know much about making ice cream when we started, but learned fast." 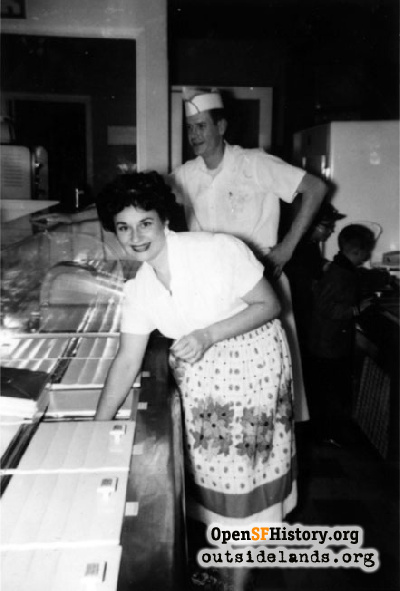 
Contribute your own stories about your neighborhood!