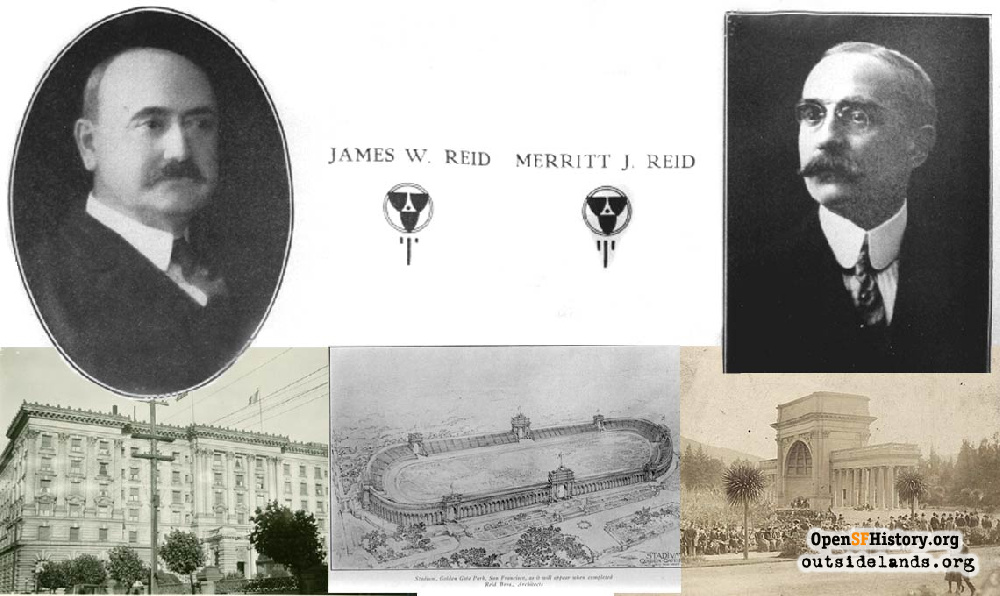 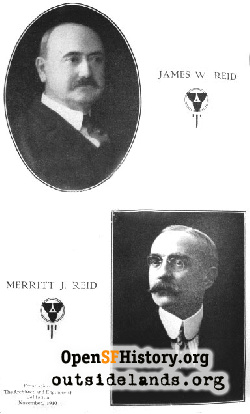 James W. Reid and Merritt J. Reid, Canadians by birth, came to the west coast via Illinois late in the nineteenth century and became two of the most prominent architects in San Francisco. A younger brother, Watson Elkinah Reid, also worked for James and Merritt's architectural and engineering firm of Reid & Reid for a short time. 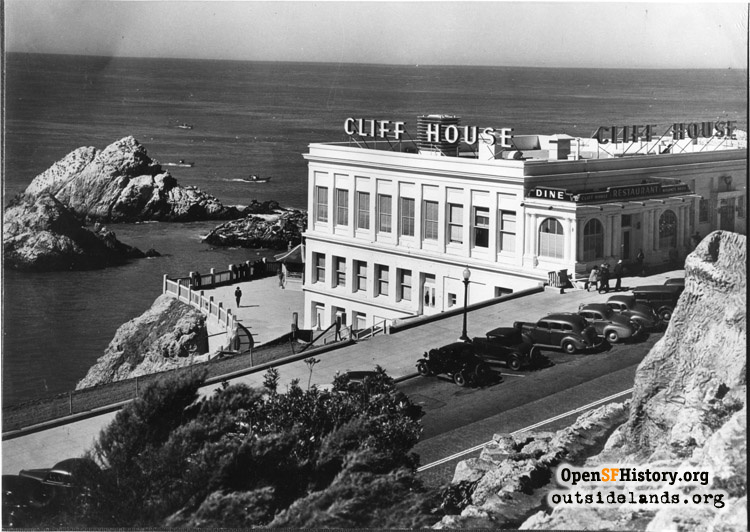 One interesting Reid-designed structure planned for, but never built in Golden Gate Park was the Stadium at the Polo Fields. Planned as "the largest stadium in the world," the Park Commission put up $5,000 to begin the enormous athletic forum in 1908. The plan was dropped and only a small stand of concrete bleachers on the north side were constructed. Golden Gate Park was spared from a huge concrete sports stadium until Kezar Stadium was built in the 1920s. 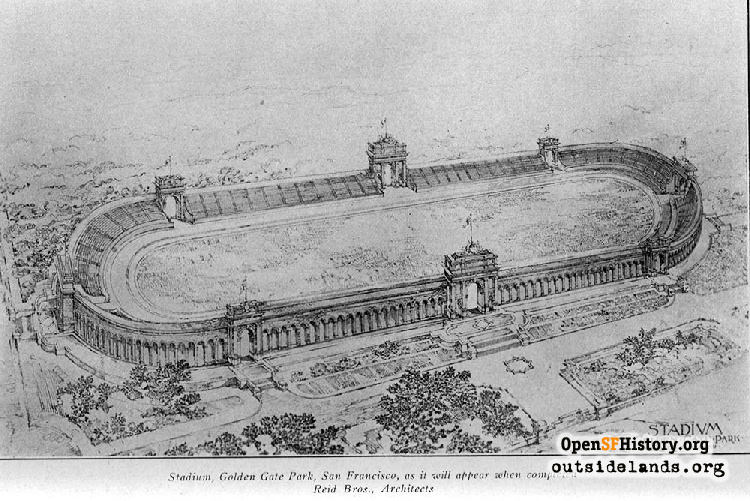 Design for the Stadium by the Reid Brothers architecture and engineering firm on the site of the park's Polo Fields. Only a small concrete bleacher section was constructed., Nov 1910 - Architect & Engineer