The cornerstone of the old Sheridan Primary School was laid on February 20, 1910 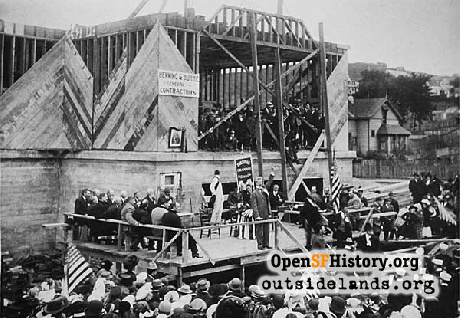 These photos are from the cornerstone-laying of the old Sheridan Primary School on February 20, 1910. The speaker with his fist in the air above is likely Mayor P.H. McCarthy, who used the ceremony to toss some broadsides at the school board appointed by his predecessor:

I would rather that my good right hand would palsy than fail to lift it against a subtle scheme to do redhot politics in the schools under the cowardly guise of driving politics, with a band of music, out of the schools.1

Less political items were on the day's program, as pupils sang "America," and the Columbia Park boys band played some musical selections. Lovers of history would wish to travel back in time to have heard a speech about the pioneers to the Ocean View neighborhood given by the Assistant District Attorney.2 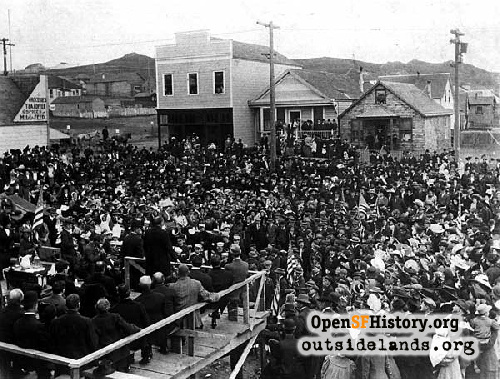 A large crowd gathered to watch cornerstone-laying of the old Sheridan Primary School on February 20, 1910., 1910 -

Sheridan opened for the students in 1911 with special classrooms for "manual training and domestic science" and one designated particularly for "delinquent pupils." A new building went up in 1975, and in the late 1990s the structure underwent extensive expansion and renovation. The school banner shown onstage during the 1910 dedication is still on display in the school.

The two buildings on the left behind the crowd in the photo to the right (also from the cornerstone laying of 1910) still stand in the Ocean View today. 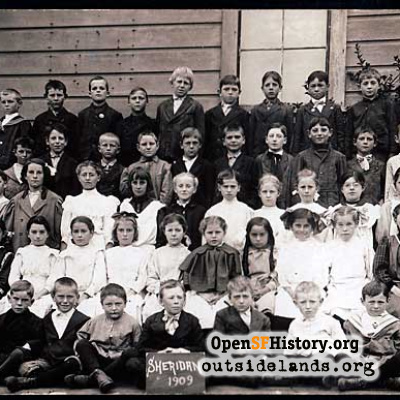 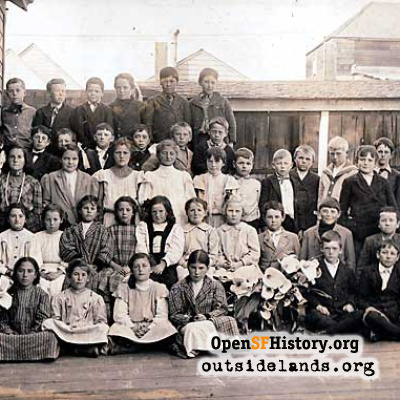