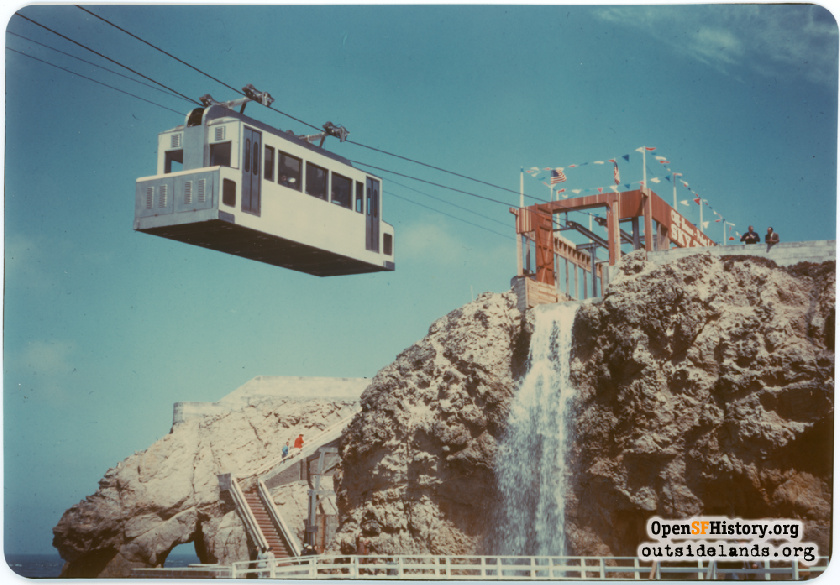 A short cable car aerial ride that traveled from the Cliff House to Point Lobos from 1955-1961. 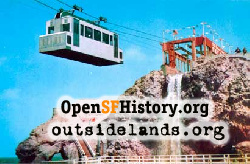 The Sky Tram opened on May 3, 1955. Up to 25 passengers, paying a quarter each, had a slow ride from just below the Cliff House across the Sutro Baths basin to a Point Lobos promontory that had been outfitted with a two manmade waterfalls. This was not a roller-coaster, but a very slow sight-seeing glide on a couple of steel cables a few hundred feet above the ground. The whole trip took four minutes and you had to walk back.

Fog, wind, and perhaps general boredom shut down the Sky Tram in May 1966. For many years the former Cliff House Sky Tram "station" served as a Golden Gate National Recreation Area visitor's center. That building was torn down during the 2000 renovation of the Cliff House.

Home movie footage of the Sky Tram by Ron Biagini in 1960. Shots of the installed double waterfall and broken windows of the Sutro Baths building are also included.

Thanks to Ron Biagini who kindly made this footage available to us! 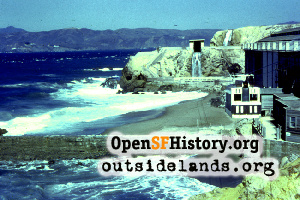 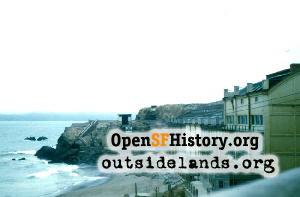