St. Andrew's by the Sea Church

A former beachside rental made of horsecars, St. Andrews church served the Carville and Oceanside community in the 1910s.

St. Andrew's by the Sea church, whose second floor was made of North Beach and Mission line horsecars, served the streetcar community of Carville. The Protestant Episcopal church shows up in city directories at 1338 47th Avenue from 1908 through 1911.

Originally called the Vista del Mar, it was constructed in the 1890s and rented out as a beachside retreat by a Mrs. Patriarch. 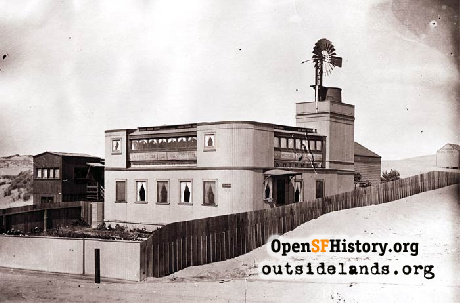