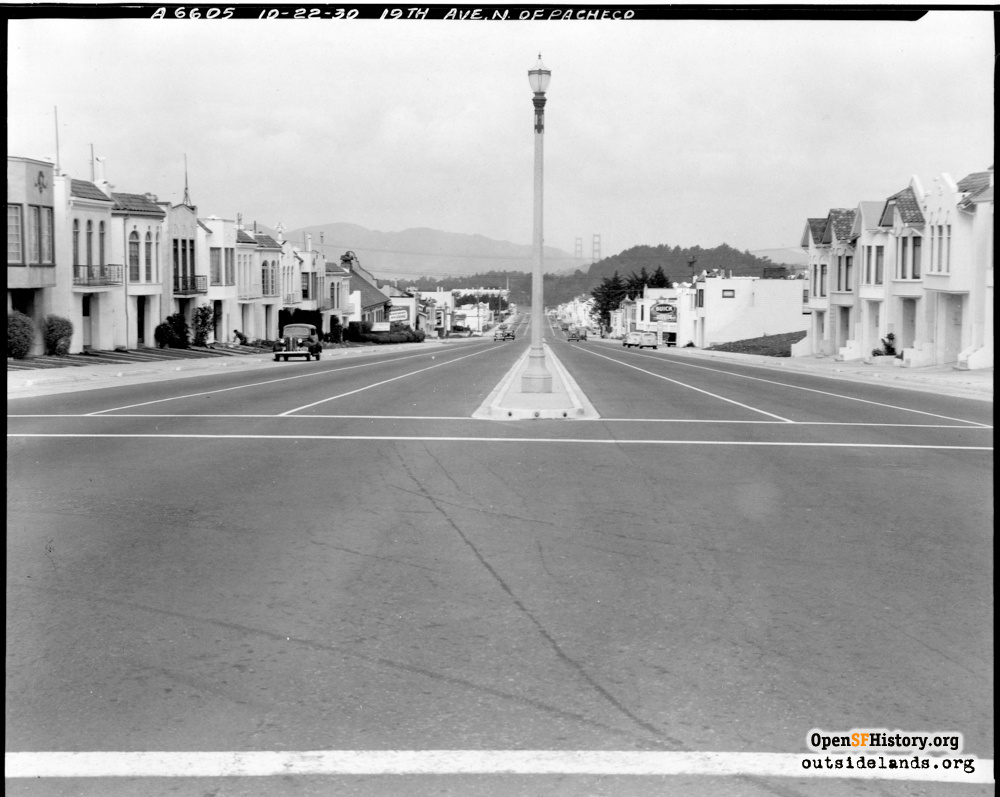 Memories and images of 19th Avenue from Golden Gate Park to the county line.

Streetwise - The Long & Short of it

Some time back, one regular Western Neighborhoods contributor raised the question of how and when 19th Avenue was widened into three lanes in each direction with a center divide. This query eventually set me off in search of some answers.

Planned as a standard residential street, 19th Avenue quickly became a north-south thoroughfare with the advent of the automobile. From Golden Gate Park to Parkmerced, today's 19th Avenue appears to cut a straight line through the Sunset District, as it shuttles a huge number of vehicles between the Park and the Peninsula, but that wasn't always the case. Shortly after the Golden Gate Bridge opened in May of 1937, San Francisco's leaders realized that there was a need to route even more drivers through the western part of town on their way to and from the newly opened bridge (and why do City officials always realize things like this after the fact?).

Thus, the widening of 19th Avenue was underway by late 1937. Much of the work was accomplished through removal of front yards and utility poles, as seen in this before-and-after shot looking south from a point just north of Noriega Street: