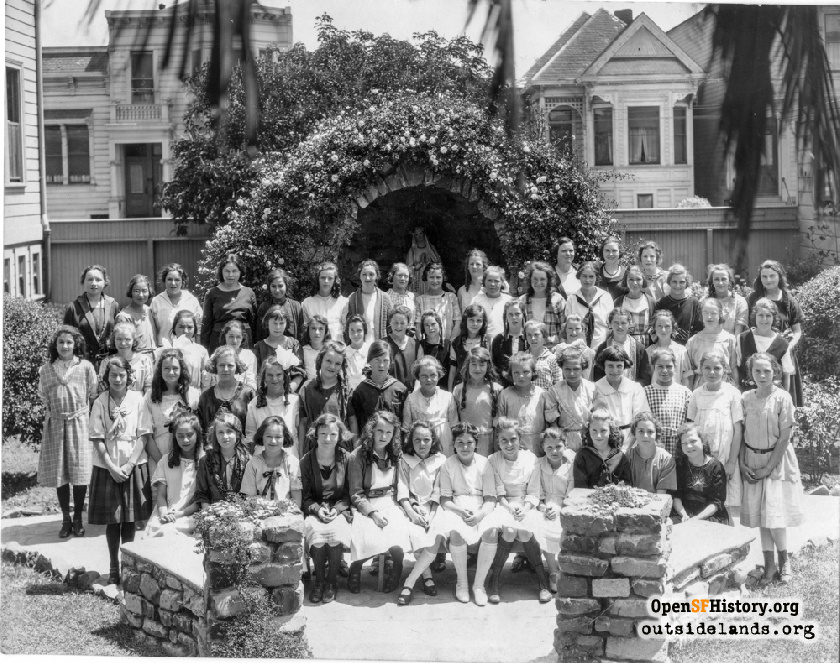 The super list of parochial schools in San Francisco now and then.

Long-gone are the days when nuns single-handedly ran classrooms with 50+ students and tuition was $6 per month/per family. Today, there are only a handful of nuns still serving as teachers or administrators. Many Catholic elementary schools in the central and eastern parts of San Francisco have closed or merged, while schools in the Richmond and Sunset that once housed 500-800+ students, now have enrollments that are half that. Annual tuition in most local K-8 Catholic schools is about $8,000 (often $20,000+ at the high school level), with up to 50% of students receiving sliding-scale discounts for multiple siblings/financial need. More than half the students are identified by their families as children of color. 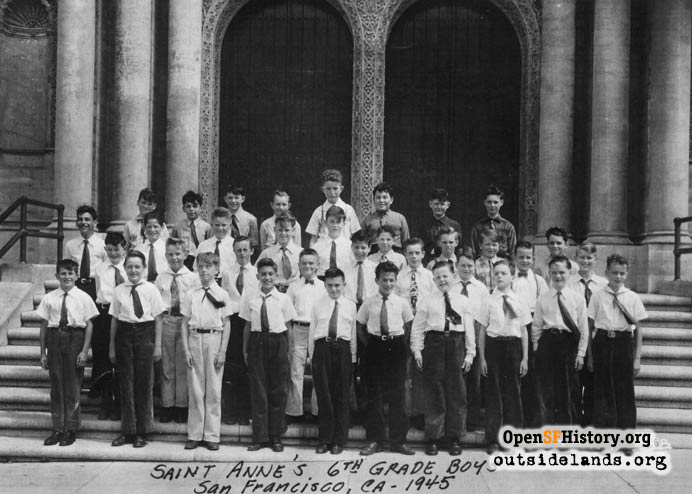 Twenty Catholic elementary schools have closed or merged because of declining enrollment numbers since the World War II era—nearly half of them in this millennium. The Diocese of Oakland has experienced similar challenges, closing five of their elementary schools in 2017. 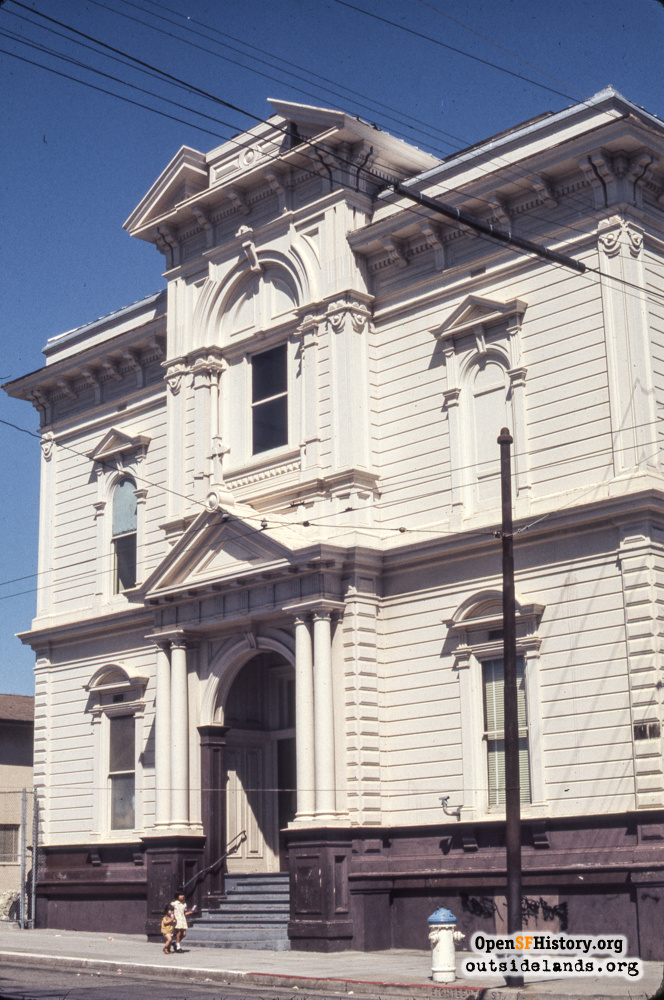 As of today, there are 7 Catholic high schools operating in San Francisco:

The following Catholic high schools have closed since the World War II era: 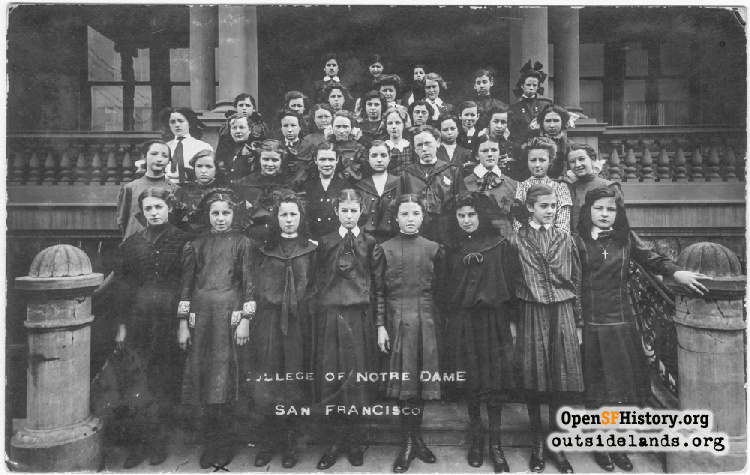 An ongoing decline in San Francisco’s population of school-age children, plus increasing operational costs will surely lead to more changes in the years ahead.