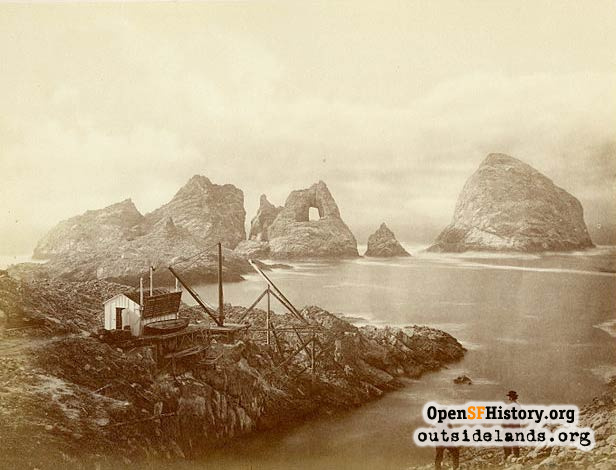 Streetwise: War and Peace in the Outside Lands

Streetwise - War and Peace in the Outside Lands

Most of us who are baby boomers and older can recall a few events related to war and peace in the Outside Lands. San Francisco’s largest peace rally against the war in Vietnam took place on April 24, 1971, when well over 150,000 people marched west along Geary Boulevard in the Richmond District. Nearly a decade earlier, there was the Rosary Crusade on October 7, 1961 at the Golden Gate Park Polo Fields, with a crowd of over 500,000.

Those who are past the age of 70 generally have vivid memories of the celebrations along Market Street that marked the end of World War II. In addition, author and historian John Martini has told us, in moving detail, of just how close San Francisco came to sustaining a direct assault during the early days of World War II. Save for a last-minute change of plans in Tokyo, the city was scheduled to be shelled at midnight on Christmas Eve, 1941, just 2½ weeks after the infamous attack on Pearl Harbor.

Today, there is no one left who is old enough to remember the one and only war that was actually fought in the Outside Lands—the Egg War of 1863. In contrast, the Mexican-American War, some 15 or so years earlier, while involving several hundred fatalities in Southern California, was a far quieter event here in the north. This region moved under U.S. rule fairly peacefully, with Yerba Buena being renamed San Francisco in the summer of 1846.

The Egg War was not an organized crime hit, nor gang violence, but an out-and-out war with shots fired, and one human fatality on each side, all carried out under the ever-watchful eye of the U.S. Government. It all took place in the most remote part of western San Francisco—27 miles offshore on the Farallon Islands. The issue fought over? Eggs. 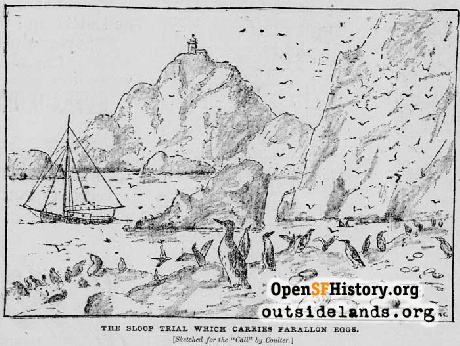 First, some background…Sir Francis Drake docked at the rocky islands off the west coast of North America in 1579, gathering eggs and seal meat for his crew members. Spanish explorer Sebastian Vizcaino later charted the islands and named them Farallones (“rocks from the sea”) in 1603. Seal hunters from Boston began harvesting pelts in the 1700s, and Russian sailors had a permanent station on the islands from 1812 until 1840. Egg gathering and seal hunting also took place during the days of Mexican rule, but by the late 1840s when California was coming under the control of the United States, the location was recognized by several enterprising San Franciscans for its commercial opportunities.

The eggs of the common murre—a bird found in abundance on the Farallones—are larger than hens’ eggs and more pointed at one end, with shells in a variety of blue-green shades. The unique shape of the egg provides protection, for if it rolls, it will tend to move in a circle and not drop off the edge of a flat surface. Established colonies are so crowded that mating pairs are usually in physical contact with other pairs, thereby affording one another some protection from the elements. The laying season is from spring through early summer, though the birds make no actual nest, and each female deposits a single egg in a rocky crevice or ledge. If the egg does not hatch within the usual 30 days (including if it is lost to egg gatherers), the female will almost always lay another one quickly. Given this reproductive cycle, the area attracted the attention of egg companies trying to supply the demands of hungry San Franciscans in the Gold Rush era.

In 1849, a San Francisco immigrant named David Robinson sailed to the Farallones to gather eggs for sale in the growing city. Although he lost half of his cargo sailing back, he was able to make enough money to open a pharmacy and to establish the Pacific Egg Company—locally known simply as the Egg Company. Robinson continued to press his claim to South East Farallon Island (SEFI) and the adjoining West End (or Maintop Island), and began constructing buildings and docking facilities, enjoying a steady business in San Francisco’s early years.

The gatherers started by going through the area in early spring, destroying every existing egg that they could see. Then for the next few months, they could be certain that any eggs they found would be fresh. Though the murre parents were shooed away, the eggers had competition from the hungry seagulls that were always circling, so work has to be performed quickly. The Farallones represented an important part of the young city’s food supply, since many other sources of fresh eggs came along much later—the city of Petaluma in the 1870s and Carl Larsen’s chicken ranch at 16th Avenue and Noriega Street in the late 1890s. It has been estimated that egg gatherers took anywhere from 500,000 to one million eggs per year from the Farallones in the mid-nineteenth century. 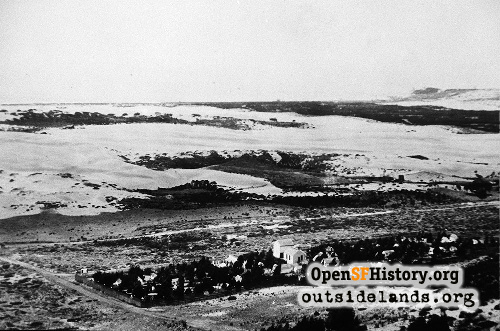 In addition to the Egg Company’s operations, a free alternative existed for more adventuresome souls, since the islands contained the largest colony of common murres in all of North America. For those who could brave the seas, unrestricted egg gathering was still possible on the smaller and more treacherous North Farallones which were not part of the Egg Company’s claim. Occasionally, however, some outsiders attempted to harvest on the main islands, Maintop and SEFI, thereby setting the stage for conflict.

By 1859, the Egg Company’s claim of exclusivity for egging those south islands was quashed when the U.S. Government claimed the islands for federal use as a lighthouse station—even though the lighthouse itself had been in operation since 1855. The lighthouse superintendent, Ira Rankin, did not force the Egg Company off SEFI, but rather, he helped owner Robinson to assert his company’s claim. Twice in early 1863, while the U.S. government was otherwise occupied in fighting the Civil War some 3,000 miles away, a group of egg gatherers, led by one David Batchelder, sailed to the Farallones from San Francisco to challenge Robinson’s claim by gathering eggs on SEFI. On both occasions, federal light house superintendent Rankin ordered forces sent to evict Batchelder and his followers from the islands, and confiscate their weapons.

The stage was now set for a show-down.

Batchelder and his group returned again on June 2, 1863. The superintendent’s forces first encountered them landing on the North Farallones, but Batchelder managed to convince them that he was intending to gather eggs there, and not on Robinson’s domain of SEFI. Rankin’s forces returned to San Francisco, and once they were gone, three boats with 27 of Batchelder’s men aboard attempted landing on SEFI on the morning of June 4. They were fired upon by Robinson’s men, and returned fire. Robinson’s forces had the advantage, since they had been able to stake out their positions in advance. Within 20 minutes it was all over, with one man killed on each side, and several wounded, with Batchelder’s men making a hasty retreat for San Francisco. 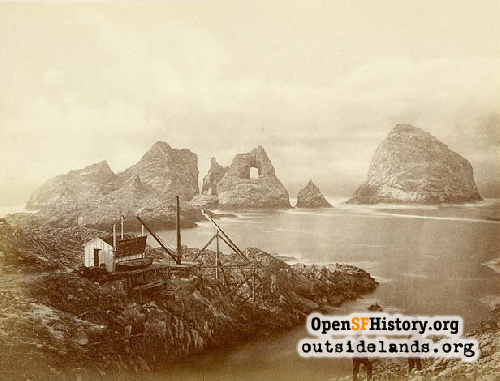 In the days that followed, Robinson’s Egg Company remained in control of their claim to exclusive rights to harvest the eggs on SEFI. Batchelder was soon arrested, tried, and convicted of murder, though later acquitted on a technicality. The Egg Company continued to harvest upwards of half a million eggs annually until 1881, when the federal government finally evicted all public commerce from the Farallones, and exerted its right to exclusive control of all the islands. 1

The Farallon lighthouse, first lighted and staffed in December of 1855, was fully automated on September 1, 1972, thus eliminating the last permanent human resident from the islands. Today, the area is a peaceful bird sanctuary established by Congress as the Farallon Wilderness in 1974. The Point Reyes Bird Observatory maintains a small facility on SEFI, the Egg Company’s one-time domain, with just a handful of researchers in rotating, temporary residence; otherwise the area remains closed to the public.

We can only speculate how nutritious those murre eggs might be today, given that the Atomic Energy Commission used the area around the Farallones for an official nuclear waste disposal site from 1946-1970. Records indicate that nearly 50,000 steel drums, each containing 55 gallons of low-grade nuclear waste, were dumped into the ocean in that area. Additionally, in early 1951, the radioactive hull of the USS Independence was scuttled nearby. Fortunately, scientists estimate that much of the radioactivity had decayed by 1980.

Today, the Egg War remains one of the least known, but definitely one of the more bizarre events that ever took place right here in the Outside Lands.

Editor's Note:
1. While commercial operations may have been evicted in 1881, the collection of eggs from the Farallones continued at least into the 1890s.