The passing of a generation of helpful aunts, and a few uncles.

As you walk the neighborhood shopping areas in the western half of San Francisco, things are different lately. Up and down California Street in Laurel Village, inner Clement and outer Balboa in the Richmond, plus Irving and Noriega in the Sunset, Taraval in the Parkside, Ocean Avenue in Lakeside Village, plus up and down West Portal and all through Stonestown, certain faces are disappearing. And no, it's not the ethnic transformation that has been underway in San Francisco for decades now, but rather, a more subtle change that cuts across all racial lines.

For some time, we've been hearing the statistic that this country is losing thousands of World War II-era G.I.s every day. Recent visits to San Francisco have reminded me clearly that the non-uniformed wives, girlfriends, sweethearts, and sisters in that Greatest Generation, have reached "a certain age," and are at a point in their own lives when they have begun raising one large, collective, generational hand, and are now waving a fond good-bye to all the rest of us.

A number of funerals that I've attended recently were for just such women, many of whom were born in the decade between the end of World War I and the start of the Great Depression. Any one of these ladies could easily have been the poster child for her entire generation. Most received a traditional education at Lowell, Lincoln, Mission, or Galileo, or perhaps at the hands of one of the various orders of nuns who were staffing San Francisco's many Catholic girls' high schools in the 1930s and 1940s. All these young women learned the strict moral lessons that shaped their lives, along with classic Palmer method penmanship and typing in rhythm to musical marches. Often with elderly parents in tow, many of them came to the western neighborhoods from other parts of San Francisco in the years after World War II. 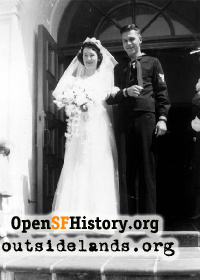 While most of them eventually settled into happy marriages with boys returning from the South Pacific, North Africa, the Ruhr Valley, or Omaha Beach, a goodly number remained single. Many pursued a civil service career, teaching, or nursing, while others found a corporate life at AT&T, Standard Oil, or PG&E, forging ahead in the organizational structure. Some even returned to night school at USF, Lone Mountain, or San Francisco State in the 1950s to help crack the glass ceilings of the era. As our generation came along—collectively, some 75 million baby-boomers—it was these beloved maiden aunts (sometimes they were actually bachelor uncles) who doted on us, spoiled us shamelessly, and always managed to remind us, at some crucial moment of child-parent turmoil, that we were the absolute best persons on earth.

As we grew up, it was these wonderful ladies (and sometimes men) who took us for ice cream at Shaw's on West Portal or Ocean Avenue, overlooking the inevitable spills in their cars, ooh-ed and ahh-ed over our Halloween costumes from Toy Village, and bought vast quantities of those candy bars, raffle tickets, Christmas seals, and magazine subscriptions that we were all selling for school fund-raisers. They wore the widest smiles at our school plays and recitals, and were always front and center at our First Communions, Bar and Bat Mitzvahs, Confirmations, and multiple graduation ceremonies, while generously dispensing ever-increasing quantities of cash to mark our religious and scholastic achievements. All of them spent countless hours helping their harried siblings (our parents) search for and find must-have gifts for us and for our own children over the last half-century—everything from green hula-hoops in the 1950s, Madras shirts in the 1960s, Star Wars Force Beams in the 1970s, Cabbage Patch Kids in the 1980s, transformers in the 1990s, all the way to today's various hand-held electronic games and devices.

As our own grandparents and other relatives grew older, the task of caring for them seemed to settle primarily on these unmarried siblings of our parents. Their love and devotion kept the senior generation of relatives going, physically and emotionally, for years, allowing our own parents to get on with the task of child-rearing, while providing our grandparents a longer opportunity to know and to love all of us.

During one particular funeral, a 61-year-old nephew reminded the congregation about the untimely death of his own father at a young age more than 40 years earlier, and how his two maiden aunts then took charge of Thanksgiving that year, drawing their widowed sister and her three children into the close embrace of family—a gesture that was sorely needed by everyone at the time, though such a role could scarcely have been imagined by any of them prior to his father's passing. For the next 35 years, Thanksgiving belonged to his aunts, and the meals that they put on were nothing short of spectacular, worthy of a feature in Bon Appetit, entitled "Holiday Dinner with the Aunties." Their home maintained a look that spoke of loving attention, from the perfectly positioned lamp in the front window, to the grandparents' antique mahogany dining room set, to Grandma's cut glass dish that has held nothing but Ocean Spray cranberry sauce throughout its entire life. Face it, without children of their own, spinster aunts always found the time to keep a place looking good. 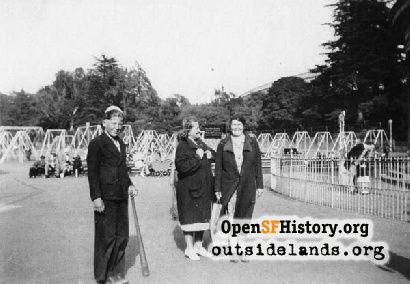 And so it went that these older, unmarried ladies—sometimes in pairs, and then always referred to as "the girls"—were the darlings of every family gathering after Grandpa & Grandma were gone. They took the time to remind us of just who our second and third cousins were, along with exactly how we were all related. They were honored guests at weddings and baby showers in the 1970s and 1980s, admired by friends and in-laws alike. After their retirements, they found time to do countless hours of volunteer work. Their love for children was further demonstrated as many of them dug deep into their resources and made significant donations of time and money to charities that aided education and children's welfare.

As they progressed through their retirement years, they reached out to us, their now-adult working nieces and nephews, by welcoming grandnieces and grandnephews—our children—into the old family home every day after school. All across the western neighborhoods, there they were, picking up little ones from school, overseeing homework, preparing and serving wholesome snacks, and supervising after-school play, making sure that their little charges were well looked after until the parents returned home at the end of the work day. At one funeral, a grand-niece, now 30, said it best, "As children of working parents, we never felt neglected, knowing that Grandma's two wonderful sisters were always nearby."

Finally relinquishing holiday dinner duties to the younger generation near the dawn of this new millennium, these ladies could sit back, as family elders, and rejoice in the happy relationships enjoyed by the younger generations. If they delicately inquired of newlyweds about when the first baby was going to arrive, or suggested a bit more strongly to some single grandnieces and grandnephews that their evenings might be better spent at the USF Law Library rather than at the Philospher's Club near West Portal, no one was upset—they knew their Aunties were doing what they did best—sharing the love, warmth, understanding, and affection that everyone had come to expect of them. 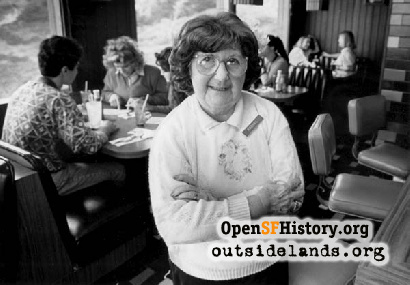 As one after another of these remarkable ladies take their leave of us, we gather together after their funerals in long-time family homes scattered throughout the area, or linger over lunch at the Gold Mirror or Joe's of Westlake. We offer condolences and share a daytime cocktail or glass of wine as we reminisce about the lives that they led, reaching out to an extended network of relations, embracing them all, and fulfilling their own destinies as the loving and devoted leaders of our extended families.

All of these leave-takings come on the heels of news that some healthy, energetic high school classmates of mine have succumbed to heart attacks prior to age 60, while others have undergone knee or hip replacements. At the same time, two grammar school classmates have lost spouses to cancer, while another had surgery to implant a pacemaker. Three of my old 18th Avenue playmates have lost siblings who used to play hide-and-seek with us in the 1950s. It is now dawning on a lot of boomers that we have taken a giant step forward, and are now unmistakably the grown-ups, the oldest ones, the folks that the younger people are watching and counting on to maintain their sense of continuity and family. I hope that we're as up to the task as all those wonderful maiden aunts and bachelor uncles who were always there for us.