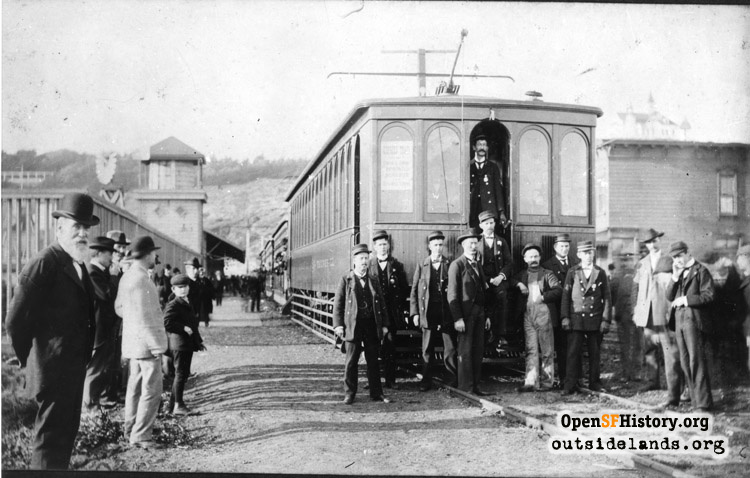 Every time that I walk or drive down certain streets in the Richmond and Sunset Districts, I’m reminded of the ghost streetcars lines that once criss-crossed the entire western part of San Francisco. Some lines just faded away, others were planned but never built, and many disappeared following the 1944 merger of MUNI and the private Market Street Railway.

Also, in the post-World War II years, miles of tracks were torn up and replaced with bus lines in many cities in the United States. Although several of these San Francisco routes were gone before my time, it remains easy enough to envision them today if you know where to look. 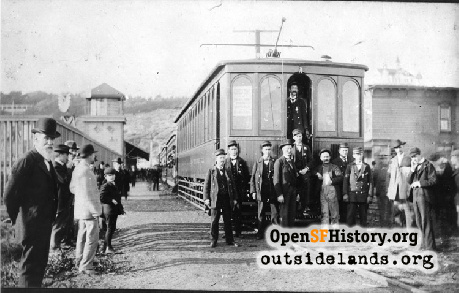 One of the first transit lines built in the Sunset District was established in 1883 by the old Park and Ocean Railroad. That company built a steam railroad from Haight and Stanyan Streets, which connected with the Haight Street cable car line that transported passengers from the Ferry Building, up Market Street, and out Haight to the end of its westernmost block where it intersects with Stanyan at Golden Gate Park. From there, the Park and Ocean line proceeded along Lincoln Way (then called H Street) all the way to the Pacific Ocean before entering Golden Gate Park and continuing to Balboa (then B) Street. Prior to 1906, the line was electrified to accommodate conventional streetcars, and it eventually became one of the many public transit lines serving “Chutes at the Beach,” later known as Playland.

Extra-wide streets are often a clue that a streetcar line once existed or was planned for a particular location.