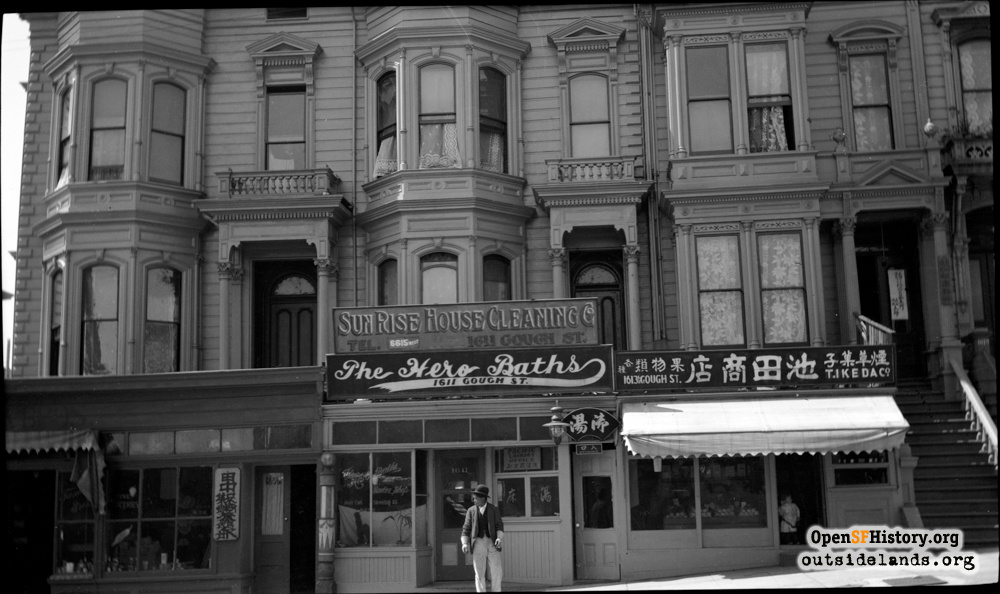 It is safe to say that a San Francisco lady from the Outer Richmond who passed away recently was not a huge fan of pro football, but the forward pass was certainly a big part of her life.

Reading the San Francisco Chronicle obituaries online one morning, I saw a name that I recognized—the mother of an old friend and long-time co-worker of mine. The deceased’s daughter and I met back in the summer of 1970 at my first summer job, when I was just out of St. Ignatius and headed off to college, and she was a recent UC-Berkeley grad just a few years older. We were two young people from the Outside Lands (she from the Richmond and I from the Sunset) who became friends upon our initial encounter, and who have remained so all this time. Our careers veered off in different directions in the mid-1970s, we connected a second time at our original employer from 1983-1991, and we then took different paths once again. Both of us have been living away from San Francisco for a long time now, yet we’ve remained annual Christmas correspondents for more than 40 years, and are both ready to embark upon long-awaited retirements.

As I suspected, the notice reported that my friend’s mother, Mrs. S., was in her mid-90s—my own mother would now be 98 if she were still alive. They were two among the many thousands of women who grew up in San Francisco in the World War I era, delayed marriage until just after World War II, and then ended up running the homes where all of us grew up in the Outside Lands—or if they didn’t marry, becoming one of our beloved maiden aunts. (See Streetwise—The Generational Wave Good-Bye.)

A widow since 1984, Mrs. S. had been independent and self-sufficient almost to the end, doing her own cooking, cleaning, and grocery shopping. Although close to all three of her adult children, she resisted leaving her beloved San Francisco home to move closer to any of them in the suburbs, as she preferred proximity to her friends, neighbors, church, doctors, dentist, etc. Who among us has not heard that story from parents and other older loved ones?

Born in San Francisco during World War I, Mrs. S. completed her elementary and high school years in San Francisco, and then obtained a Bachelor’s Degree from UC-Berkeley in 1939 when she was just 21 years old. Education was clearly very important to her parents, and they insisted that all their children, including their youngest daughter, have that advantage—though with the tough economic times of the 1930s, it must have required some serious sacrifice on their part. It might have been completely understandable if they had encouraged their children to join the workforce instead of pursuing higher education, as many parents were forced to do at the time, but clearly, Mrs. S.’s parents supported her efforts to obtain that college degree.

After marrying in 1946 and starting a family, Mrs. S. focused on raising her children, stressing the importance of education to all of them, just as her parents had done with her. As one after another of her children completed high school and went off to her alma mater, UC-Berkeley, she was one among the thousands of proud parents, grandparents, aunts, and uncles who applauded their achievements throughout the 1960s and 1970s. My friend and her siblings fulfilled every parent’s dreams of success for their children—academic achievements, responsible positions with solid employers, and happy marriages with families of their own.

In her later years, Mrs. S. also had the exceptional thrill of seeing one of her granddaughters—my friend’s daughter—obtain an advanced degree at Berkeley before being recruited for a top position in one of the graduate schools there. Let’s face it, grandmotherly pride just does not get much better than seeing your own granddaughter achieve a pinnacle of success that you could not have imagined more than 70 years earlier because of an almost unbelievable nightmare of circumstance called Executive Order 9066. 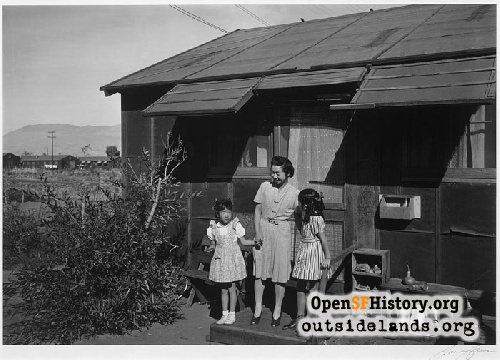 Seventy-one years ago, in February of 1942, the United States government, in an irrational burst of wartime hysteria, began the wholesale roundup and internment of American citizens and others of Japanese ancestry who were living on the West Coast. The politicians of the era then arranged for “relocation” to armed camps surrounded by barbed wire, guard towers, dogs, and machine guns. My friend’s Mom—a bright, young, single woman with that freshly-minted 1939 diploma from Cal—was taken away by the government of her own country, along with her parents, siblings, aunts, uncles, and cousins. All of them were San Francisco-born Americans, some second and third generation—exactly like my own family—yet they were loaded onto Greyhound buses and herded off to a makeshift facility at the Tanforan Racetrack in San Bruno before being transferred to a remote camp in the desert, solely because of where their ancestors had been born.

For more than three years, from 1942 until 1945, the family lived a day-to-day existence that is hard to imagine. Faded photos show crude wooden cabins, not unlike the earthquake cottages of 1906, housing family after family in dusty rows. Located in the vast and remote desert lands of this country—places like Manzanar and Tule Lake in California; Topaz, Utah; Poston, Arizona; Heart Mountain, Wyoming; Minidoka, Idaho, and others—the residents were under the ever-watchful eyes of gun-toting prison guards. It strains the imagination today to try and comprehend what all of them—the young people in particular, many with Bachelor’s degrees from Cal and in their early twenties, every bit as vibrant and enthusiastic and ready to begin their working lives as young people are today—must have thought and felt about their situation. Their beloved City by the Bay, along with friends, neighbors, popular gathering places, and the iconic Campanile at Berkeley were just fond memories for them during those years. 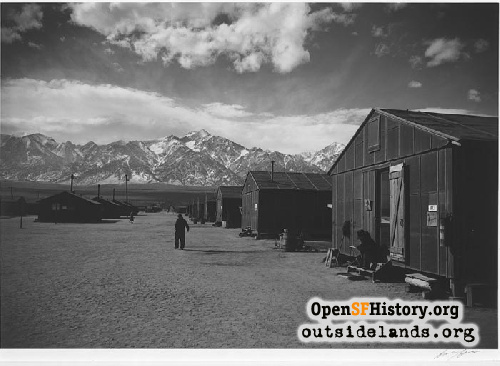 Mrs. S. never spoke of that time, other than to explain delicately to each of her children the brief facts of what had transpired, as soon as they were old enough to comprehend. Her devout Methodist faith, carried with her from San Francisco to the remote desert and then home again, helped to sustain her. Unlike some, she carried no bitterness, but focused on the tasks at hand once she returned to her beloved native city—getting married, starting a family, buying a house (near good schools, naturally) in the Richmond District with her new husband, who had been through a similar experience with his own family. When her old neighborhood church moved from the Western Addition to a new building in the Richmond District in the mid-1960s, Mrs. S. was thrilled to have so many old friends and familiar faces nearby each Sunday morning. The difficult times were never to be forgotten, but those memories were gradually replaced by better ones from a new era.

Throughout her long life, Mrs. S. continued to take pride in the accomplishments of her children and grandchildren—people whom she had helped to shape with a vision for the future. Those young people—along with all the rest of us—continue to remember and respect the sacrifices that she and all those in her generation made, as we recall yet another of the many quiet, unspoken stories about the lives of all those who have formed our beloved Outside Lands.