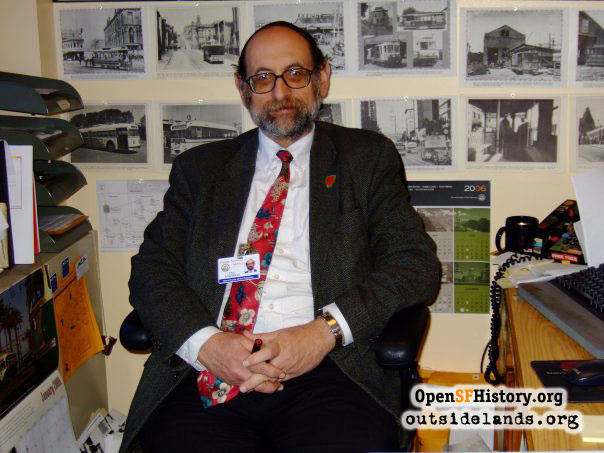 Paul Rosenberg sometimes laughingly regarded himself as the arch-nemesis of the Editor at the San Francisco Chronicle—a newspaper that has, in recent times, displayed more than a few examples of inaccurate reporting, often involving obituaries of former politicians. Paul’s typical comment in a letter to the editor might start out: “The late State Senator X was NOT elected in 1956, but rather appointed to office to fill a vacancy caused by the untimely death of Senator Y. Senator X then went on to win elections in 1960 and 1964 before running for an open seat in the House of Representatives where he was defeated by incumbent Congresswoman Z…”

Paul was particularly incensed by a 2017 article in which a Chronicle “staff writer” (he sadly acknowledged that the newspaper no longer had reporters) succumbed to some erroneous statements from a city official—with no editor demanding proof of the questionable remarks prior to publication. Once the truth became known, Paul was astounded that the Chronicle chose to post a retraction only in the paid online version of the paper—and then deleted both the original article and the retraction from the website. He politely informed the editor that this attempt to erase the record was highly inappropriate. Paul was always kind in his call-outs, though, steering the editor to reliable sources that would support the corrections that he was regularly supplying as “Disgruntled Reader.”

Paul’s involvement in politics went far beyond mere historical curiosity. He regularly rolled up his sleeves for candidates and causes that he cared about. He volunteered for Phillip Burton in the 1960s, coloring in precinct maps after elections. He ran the Richmond District campaign office for George Moscone’s 1975 mayoral bid, in which the candidate won a December runoff by a razor-thin 4,000-vote margin over a formidable contender. Paul and his wife Sherrie were also early volunteers on Nancy Pelosi’s first campaign for Congress in the 1980s. Paul’s expertise on San Francisco public transit led him to volunteer for early committees that explored the feasibility of extending BART from downtown out Geary Boulevard to the Richmond District. 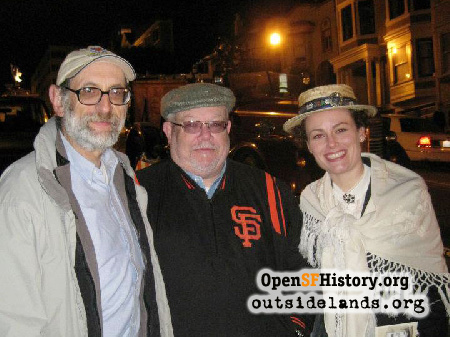 Paul was frequently in demand as a speaker for many social, religious, political, and retirement groups. He developed a standard talk—"A Madcap Romp Through San Francisco Political History"—which could be adapted to particular audiences. He often included some spot-on mimicry of local politicians, while holding the audience spellbound with stories answering such questions as (see answers at end of article):

1) Which Supervisor staged his own death shortly after being sworn in, only to turn up a year later, selling bibles in Texas?

2) Which Supervisor was once described as “the sole heterosexual Caucasian male” among the Board’s 11 members?

3) Which Supervisor was the first woman elected to the Board?

4) Which Supervisor had both a father and a father-in-law on the Board?

When I was writing my two “Growing Up in San Francisco” books, as well as the centennial history book for St. Cecilia Parish, Paul contributed several anecdotes. He was one of very few locals who remembered that when the steel frame of the new St. Cecilia Church was rising in late 1954, contractors installed a lighted Christmas tree on the top girder that could be seen for miles around—and he backed the story up with a vintage clipping from the Chronicle. He also recalled a 1958 statewide proposition that would have taxed all private schools in California, along with details of how St. Cecilia pastor, Monsignor Harold Collins, led the opposition forces, both Catholic and secular, to achieve a 70% NO vote on the measure—which would have cost taxpayers hundreds of millions of dollars to build, staff, and maintain new public schools if private schools were to close because of taxation. Paul’s stories about California’s legislative re-apportionment skirmishes in the 1960s remain a fascinating study of neighborhood political strength.

He was a long-time member of San Francisco’s Irish-Israeli-Italian Society—informally known as “Triple-I”—a group founded in 1965 that focused on history, politics, and philanthropy. Recent co-presidents have included politico Quentin Kopp, the late City Treasurer Mary Callanan, and recycling kingpin Len Stefanelli. The club brings together the Irish, Jewish, and Italian communities—all of which did much to make San Francisco the prosperous melting pot it is today—and luncheons are held periodically to celebrate St. Patrick’s Day, Israel Independence Day, and Columbus Day. Paul was honored by the group on several occasions, and once noted during his remarks that “I-I-I also stands for inclusive, inclusive, inclusive.” Even from its founding 50+ years ago, membership has always been open to all, and the club’s roster includes former Mayor Willie Brown, retired San Francisco Police Department Commander Rich Corriea, current San Francisco Fire Department Chief Joanne Hayes-White, and longtime club secretary-treasurer John Shimmon, who is Lebanese. 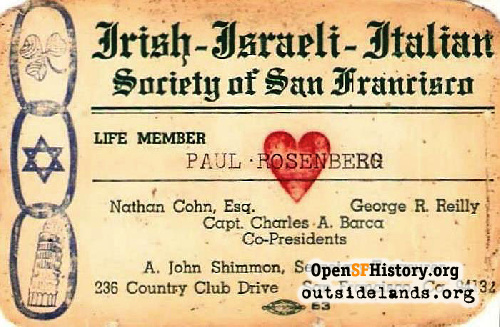 In 2011, a group of WNP members decided on an impromptu post-lunch visit to Holy Cross Cemetery after a meal at Joe’s of Westlake. With a cemetery locator app on someone’s cell phone, Paul conducted a guided commentary of San Francisco politics and personalities as we visited names like Joe DiMaggio, Pat Brown, the Alioto family, George Moscone, Jack Shelley, and many others, with Paul providing detailed biographies on each one. Seeing so many crosses, he wryly remarked, “No Stars of David here…”—but then we passed the gravesite of my Mom’s favorite old boss, Harold Berliner, who managed the local IRS office in the 1940s—whose monument with wife Camille contains a Star of David superimposed around a cross. Paul was delighted to have discovered a new piece of San Francisco trivia!

In addition to his talent for retelling political tales, Paul was also a great repository of advertising jingles—particularly those from the early days of local television. In addition to the classic Ellis Brooks Chevrolet and Rice-a-Roni tunes, he knew dozens of others, and was one of the few people who, when prompted by the moment, might burst into song—often with multiple stanzas and the full chorus:

• Does your shoe have a boy inside? What a funny place for a boy to hide! Does your shoe have a dog there, too? A boy and a dog and a foot in a shoe! Well, the boy is Buster Brown and the dog is Tige his friend, and they’re really just a picture, but it’s fun to play pretend. So if boys and girls like you, want some fun then get the shoe—with the picture of the boy and the dog inside so you can put your foot into—Buster Brown Shoes!

Once he retired, Paul followed in his father’s footsteps and joined the 60-Plus group at San Francisco State University where he served as treasurer, and also the Sons in Retirement group (SIR) where he was active on the board, including serving as the "Big Sir." As a retiree, he was then able to devote even more time as a member of Native Sons of the Golden West, the Westerners, the San Francisco Civil War Roundtable, Retired Employees of the City and County of San Francisco, and several other groups. 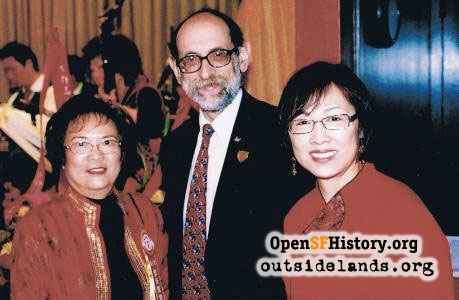 Paul also took delight in the San Francisco Opera, the symphony, dining out at new neighborhood restaurants, reading, cooking, classical music (for the last decade or so, he rarely missed the weekend organ concert at the Legion of Honor Museum), plus the art of calligraphy. His love for civic events led him to attend and participate in many activities: the annual earthquake celebrations at Lotta’s Fountain on Market Street and also at the Mission District’s “Golden Fire Hydrant” ceremony; San Francisco’s annual birthday event in late June at Mission Dolores; Memorial Day and Veteran’s Day events at the Presidio; and a variety of street fairs. He and and his wife Sherrie were also faithful attendees at publication launch parties for books written by his history counterparts. He went out of his way to keep up relationships with many people from his past, regularly attending funerals and memorial services for politicians and labor leaders, as well as for long-time friends, neighbors, and former co-workers. 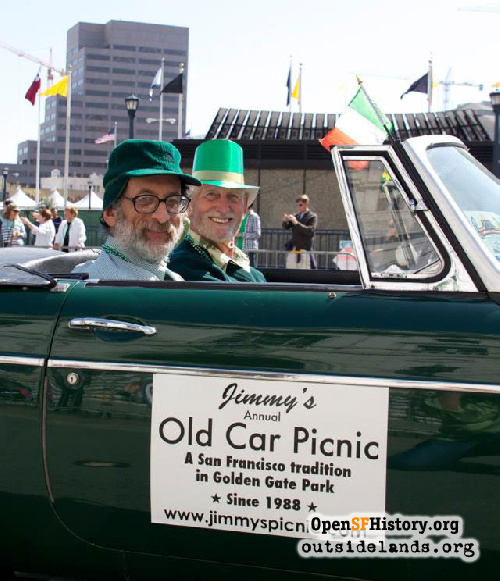 Paul was generous in sharing information and was also very kind in doing so. If he felt that an unflattering personal story about a deceased individual might somehow prove offensive to surviving family members, he might feign a bit of amnesia and allow a disparaging tale to fade into history without confirming or denying it.

In the words of his longtime friend and WNP cofounder, Woody LaBounty, “The most demonstrative Paul would be to show displeasure was a little eyebrow lift and head shake—he much preferred to lay out the facts and history of an issue in an irrefutable argument. No one could match his preparation and encyclopedic memory.”

Paul’s funeral was a standing-room-only event, a clear indication of the high esteem in which he was held by all who knew him. Among the tributes that day, there was a nostalgic rendering of the Lafayette School fight song by his childhood friends Noah Griffin and Michael Semler, who had been singing that tune along with Paul at every school gathering and class reunion since the early 1950s. See the full lyrics on the WNP Community forums.

Now, as we begin to celebrate the joys of Christmas, Hanukkah, Winter Solstice, and the end of the long and challenging 2017, let us pause to reflect upon the well-lived life of Paul Rosenberg—a bright light in the history of our great city, and one that continues to cast a special glow over many lives.

“As long as we live, they too will live, for they are now a part of us as
We remember them.” 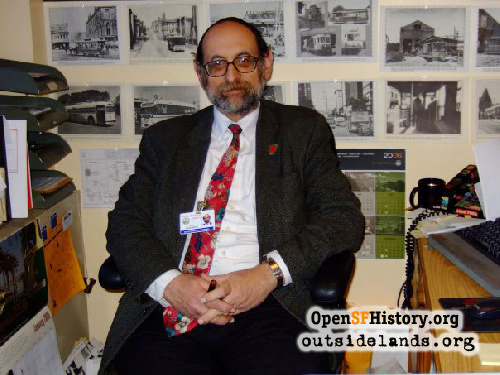 In his own self-deprecating words, "The eyes of a man who has seen little and forgotten much," though it was truly the other way around!, n.d. - Rosenberg family photo

1) Supervisor Chris Christensen was elected in November 1947 and sworn in on January 8, 1948. A week later, his coat was found on the Golden Gate Bridge with a suicide note. An investigation turned up nothing and the mayor eventually appointed a replacement to the Board. Just over a year later, the missing Supervisor was found in Texas peddling bibles.

3) Supervisor Margaret Mary Morgan who was elected in 1921, and then returned to managing her own printing business after serving a four-year term.