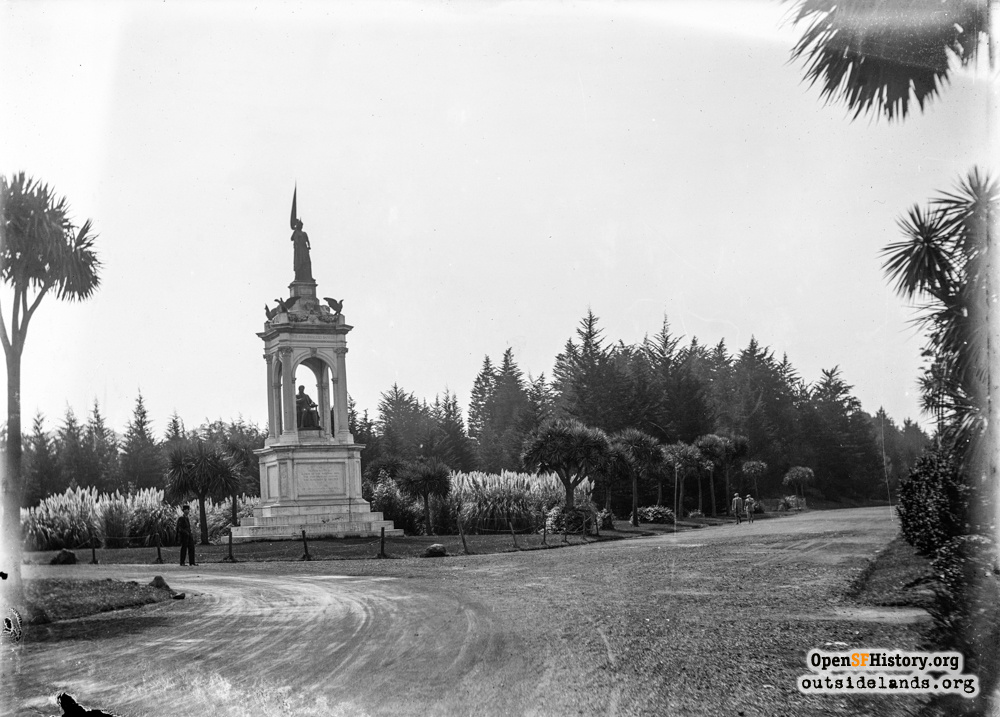 Statues, memorials, and west side monuments in San Francisco.

San Francisco has countless statues, monuments, and memorials to acknowledge people, places, and events important to our collective history. While many of these public installations are located in the downtown area and other older neighborhoods, a good many exist quietly right under our noses on the western side of the city.

While Golden Gate Park is home to many of these pieces—something that long-time Park Superintendent John McLaren positively abhorred, actively planting enough flora and fauna to hide several of them—a large number of others are scattered in highly visible locations across the outside lands.

AIDS Memorial Grove—From a conceptual plan in 1987, to the dedication of the main portal in 1995, right up to the present, the National AIDS Memorial Grove commemorates a sad chapter in city history while revitalizing a neglected corner of Golden Gate Park. In an area previously known as the de Laveaga Dell, the grove holds the unique distinction of being a national memorial, yet it receives no federal funds. Supported by private donations, a dedicated group of volunteers maintains the grove as a place for quiet contemplation and renewal.

Balboa Street Shopping District—Among the newer neighborhood icons in the Richmond District are a pair of mosaic-accented concrete signs erected in 2014, marking the Balboa Street shopping corridor on the blocks adjacent to the Balboa Theater.

Bufano PEACE sculpture—Famed sculptor Benny Bufano (1898-1970) created this Madonna and child entitled "PEACE" for the Golden Gate International Exposition (GGIE) on Treasure Island in 1939, though it was never displayed there. Sculpted of stainless steel and granite, with mosaic tile inlays, it remained in storage for years, and was eventually placed at the entrance to San Francisco International Airport in 1958 (where its rocket-like shape prompted newspaper columnist Herb Caen and others to quip, “What time is the blast-off?”). Construction of SFO’s new International Terminal forced the statue’s removal, and it was eventually relocated to Brotherhood Way in 1996. Other Bufano works in the western neighborhoods include "Mother Bear and Cubs" (1968) at University of California, San Francisco on Parnassus Avenue and "Penguins Prayer" on Lake Merced Boulevard.