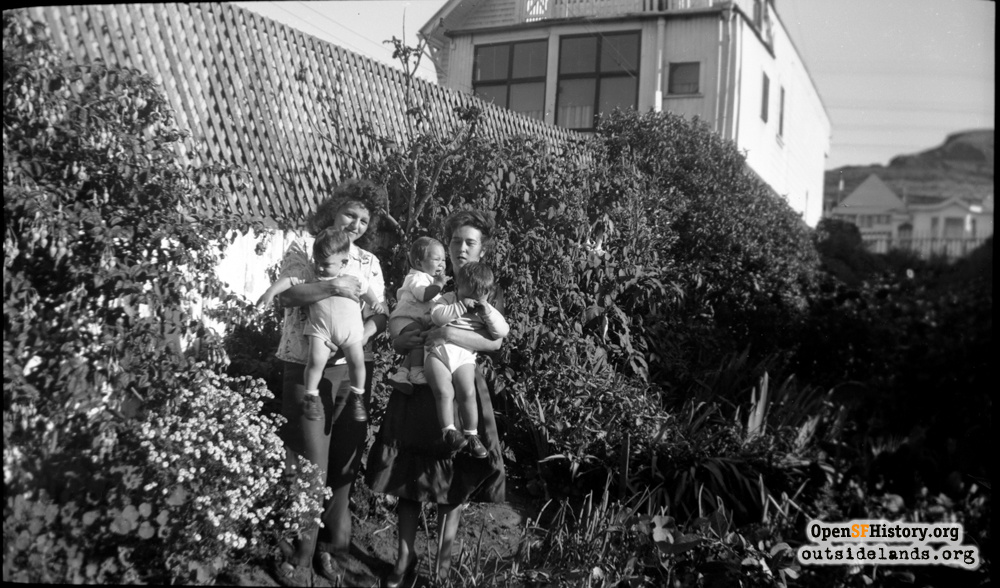 Saying goodbye to the forty-kids-a-block days and the Moms that held them together.

When the telephone rang one day recently, I was fully expecting it to be my dentist’s office calling back to confirm a change that I had requested for an upcoming appointment. Instead, it was a family friend, calling to tell me that one of my long-time Parkside District neighbors, who lived just two doors away from our family, had passed away unexpectedly.

The news took me aback. Although Mrs. B— was just past 80, she was considerably more active than my parents had been at that age. In fact, I visited with her three months earlier at my book launch event at St. Ignatius, and later spoke with her on the telephone a couple of times. Hearing her familiar voice always took me back to my younger days, but now I was being told that she was gone.

Given that it was just a few weeks before Christmas, it was easy to fall into the reminiscing mode… I thought back to friends of mine who lost a Dad or a Mom when all of us were still in school, or later times when it was shocking to see a sudden FOR SALE sign posted on the home of a long-time neighbor who had become seriously ill.

Those 48 houses on the block where I grew up—25 on the east side of the street and 23 on the west side—each held an encyclopedia of personal stories since construction on them began in 1935. Much of my life has been intertwined—though certainly in varying degrees—with the lives of virtually every one of those neighbors. 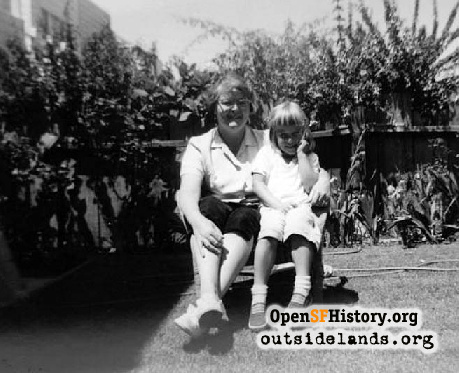 The B— Family arrived on 18th Avenue early in the 1970s with two little boys, becoming the third owners in the history of that particular house. I was a student at University of San Francisco in those days, but still living at home, and our families immediately hit it off. My recently retired Dad soon became friends with Mr. B— and would sometimes pick the boys up from school and drop them off with their afternoon day care provider in Parkmerced, while Mrs. B— would be sleeping, following her overnight shift as a nurse in a local hospital. The family grew by another son and a daughter while I was in college, and it was good to see that our block was repopulating itself as all of us baby boomers were growing up and moving on.

The B— family’s arrival came just as the annual neighborhood Christmas lighting celebrations that had been going on since the 1930s were winding down, yet they were still active participants in all neighborhood gatherings. Theirs was a happy and welcoming home, and our family celebrated with them on many occasions: holidays, birthdays, graduations. Mrs. B— even helped me coordinate and carry out a surprise 70th birthday party for Mom exactly 30 years ago—a fantastic accomplishment on a block where everyone knew everyone else, and most of them were invited guests to Mom’s celebration. Thanks to Mrs. B—, the plans never leaked out, and Mom was completely surprised.

Mr. B— was an experienced building contractor, who was always available to help the neighbors with their weekend projects. When I bought my first house on 22nd Avenue in 1979 (in an era before formalized “home inspections” became the norm), Mr. B— walked through the place with me one Saturday morning and then handed me a short to-do list of issues. I can still hear his voice as we stood on the sidewalk and looked up at the roofline, “For being built in 1940, it’s a good house—take it”—and right he was. The place became my home for the next 20 years. 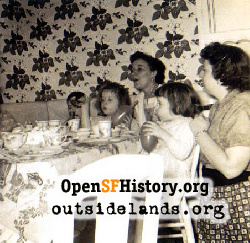 Mrs. B— worked nights as a nurse in a local hospital, so she was often out and about during the mornings, doing her grocery shopping, exchanging neighborhood news and sharing favorite recipes with Mom, before catching a few hours of sleep in the afternoons. On more than one occasion, a neighbor might call, describing a health issue. Mrs. B— would often drop she was doing, and go to see what was wrong. Always careful to avoid “practicing medicine without a license” she would keep her comments general—“Oh, bed rest for a day or so and watch things” to the other extreme—“You really want to go to the emergency room right away and have them check this out.”

In so many ways, Mrs. B— and her family were always there for us. When my father was taken to the hospital for the very last time before he passed away in 1980, it was Mrs. B— who called me at work to tell me what was going on and that I should come home at once. Over the next few days of Dad’s funeral, Mrs. B— also took charge of Mom’s kitchen, coordinating the arriving casseroles and bakery boxes, and keeping track of plates and platters that she would have her children hand-deliver back to the senders later that week, as she reminded her husband to make sure that there were plenty of folding chairs plus ice and clean glassware for the guests. Mrs. B— was not one who merely said, “If there’s anything I can do…” but rather, she just rolled up her sleeves and immediately jumped in, doing whatever was needed in any situation—her nurse’s training, perhaps, combined with an extraordinarily kind heart and wise judgment. 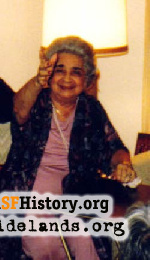 In fact, it was Mrs. B—’s early-morning advice one day in 1992 that helped persuade my then seriously ill mother to agree to go to the hospital in the proverbial nick of time. Thanks to this wonderful neighbor’s intervention, Mom made a complete recovery from a near-fatal illness. When the time came to have some help at home (something resisted by most parents in that generation with the classic phrase, “No strangers in MY house”) it was again our wise and kindly neighbor, Mrs. B— who helped persuade Mom that having an aide come in for just two hours each morning was exactly what she needed. Thanks to Mrs. B—, I was introduced to a wonderful caregiver who stayed for more than ten years, ensuring that Mom was able to remain at home until the very end of her long life.

The day after hearing the sad news about Mrs. B—’s passing, I had another call, this time from an old friend and neighbor my own age who still lives in the neighborhood where we all grew up. Kathy and I commiserated about the loss of our long-time neighbor, and shared our memories about her. I also learned that another 1950s-era neighborhood Mom who lived just around the corner had also passed away a few weeks earlier, while another recently entered a long-term care facility. Sadly, the last of the Dads from our childhood days were gone by early in the new millennium, thus leaving exactly one Mom from our childhood days still living there. 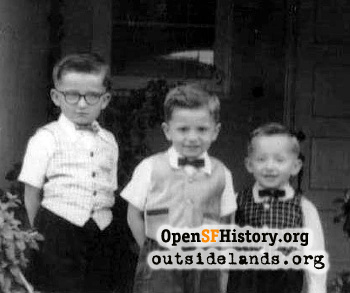 Three boys from 45th Avenue, outfitted by their Mom for the holidays, 1954. -

Clearly, the era that we knew while growing up has come to a close. Children are few and far between in San Francisco—in the late 1950s, there were nearly 40 kids our age living on that one block. If confronted with a problem—anything from a minor scrape to an urgent need to use the bathroom to a more serious accident—we could have knocked on any neighbor’s door and been welcomed in by a responsible adult who knew us and our families. Sadly, for the last twenty years or so, houses that sold were referred to as “the so-and-so’s old house” even long after new owners arrived. Today, many residents lead busy lives of their own and simply don’t interact with their neighbors in the same ways that all of us used to.

This is not a lament about the passing of old-time native San Franciscans—for Mr. & Mrs. B— were both born outside the U.S., and came to San Francisco in the 1960s. Rather, this is a fond farewell to people from many different places and cultures around the globe—people who came together and formed a tight-knit community of friends and neighbors—whose lives became inextricably intertwined with those of one another.

And that is what I truly miss most about “the good old days.”