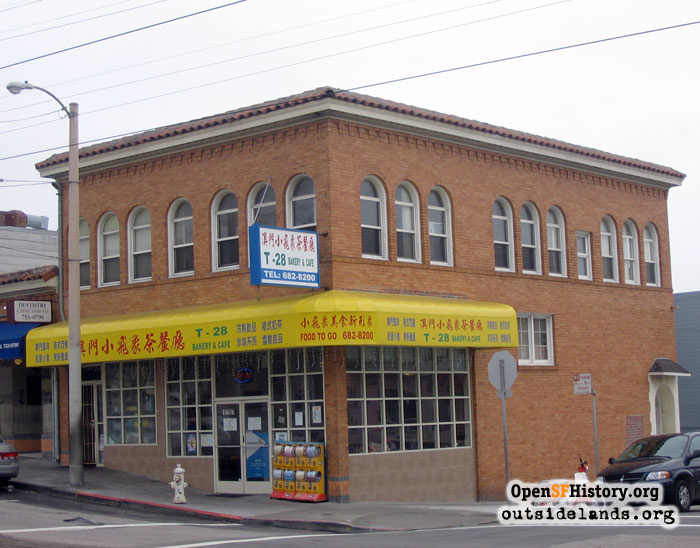 Remembering Parkside Pharmacy and the good man who ran it.

A reader mentioned recently that this column frequently recalls long-gone neighborhood bakeries and pharmacies. For those of us who grew up in San Francisco in the 1950s and 1960s, such places were often the centers of community life, with an influence that radiated out for several blocks in all directions.

Over the last few years, we’ve looked back at Reis’ Pharmacy at 18th Avenue and Taraval Street, run by Charles Reis, with help from his brother Monroe, and Overland Pharmacy at 21st and Taraval, run by Theresa Corsiglia after the death of her husband. Bowerman’s Pharmacy operated from an iconic building (with a “rings of Saturn” spire) located at Junipero Serra Boulevard and Ocean Avenue, while Dave’s A-1 served the many owners of Costello-built and Doelger-built homes near Noriega Street from about 19th Avenue to 27th Avenue. Wakelee’s Pharmacy was one of the Richmond District’s many long-time, family-owned Clement Street businesses.

There are also still many happy neighborhood memories associated with Willie and Wilma Nabbefeld’s Baronial Bakery on Taraval, the chain of bakeries named Adeline, operated by the Lembo family, which began on West Portal Avenue, plus the Sugar Bowl Bakery on outer Balboa Street, Schubert’s on inner Clement Street, and Fantasia, with branches in both Laurel Village and also on West Portal Avenue.

One of these places was Parkside Pharmacy, located on the southeast corner of 28th Avenue and Taraval Street (kitty-corner from the 1963-era Post Office). It operated there from the early 1930s until the late 1960s, and was owned by pharmacist Sam Guthertz, who lived with his family in the Richmond District.

According to his daughter Karen, Sam was born in New York, the fifth of six children of an immigrant Jewish family that came to San Francisco in 1912 when Sam was five years old. A 1924 graduate of the old Commerce High School, he went on to the University of California, earned a pharmacy degree in 1928, and then began working at his profession.

By 1932, he was one of the pioneer neighborhood merchants, opening Parkside Pharmacy at 1757 Taraval Street, when the surrounding area was still largely sand dunes. In those days, local corner drug stores were virtual outposts that offered residents many daily essentials. Given the remoteness of 28th and Taraval at the time, the store was well-stocked, offering one-stop shopping for nearby housewives, many of whom had to walk long distances (some stretches of Taraval still had no sidewalks) or else take the L-Taraval streetcar to complete their shopping chores. 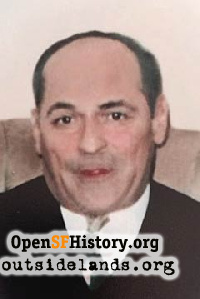 In the early 1940s, as the business was growing, Sam added a soda fountain, offering customers a place to sit and relax in the midst of running a day’s errands, and it soon became a meeting spot for local teens as well. Comic books were a significant part of the store’s business, given that children constituted 25% of San Francisco’s population in those days—often an even higher percentage in the Avenues. Like the policy at Reis’ Pharmacy nine blocks east on Taraval, Sam Guthertz allowed youngsters to browse for as long as they wished, knowing the value of instilling customer loyalty at a young age.

In addition to over-the-counter pain remedies and bandages, plus notions, cosmetics, personal care, and general merchandise items, the store also had a pharmacy counter at the back, with Sam mixing many of the medicines by hand and then typing labels on an old Underwood manual typewriter. This is in stark contrast to today’s methods of prescription drugs being dispensed in the back of a crowded supermarket or from far-off warehouses to be sent by mail.

Pharmacies also used to provide many other neighborhood services that we would never think of today. During the World War II years, the store (always referred to by locals as “Sam’s,” in spite of its official name "Parkside Pharmacy"), had a well-used public telephone during the years when home telephone service was far from being universal. At a time when visits to the doctor were reserved for the most severe ailments, a friendly neighborhood pharmacist was often consulted about a wide variety of less serious but troubling matters. Sam often recommended a course of action that would solve a problem, yet still be within a customer’s budget. As a convenience to his customers, Sam also accepted payment on various utility bills, when customers frequently preferred to pay such expenses in person in order to avoid the additional expense of a check and a postage stamp. Also, with many men off at war, concerned mothers relied upon a trusted neighborhood pharmacist to give them advice related to child-rearing—particularly since Dr. Spock’s popular baby and child-care book was not published until 1946.

At the other end of the customer service spectrum, Sam advised newlywed couples in the years after the war on how to mix a cocktail or what type of wine to serve to their dinner guests. He maintained a freezer full of ice cream in an era when home freezers were rarely big enough to hold more than just a couple of trays of ice cubes.

Throughout the Depression, World War II, the post-War years, the Baby Boom, the Korean War, the Cold War, the space age, Camelot, Vietnam, into the swinging sixties and the beginnings of the hippie era, Sam Guthertz ran his small neighborhood business with an eye to helping his customers—many of whom came from households that had shopped with him for generations—and who were also his close personal friends.

All of that changed in the blink of an eye on July 19, 1966, when a hastily scribbled sign was taped to the window of Parkside Pharmacy: CLOSED DUE TO DEATH OF OWNER.

Sam Guthertz was only 58 years old.

The shock waves reverberated through the neighborhood as word spread of Sam’s sudden passing. He left behind his wife, three children, brothers and sisters, and five grandchildren. In addition to his immediate family, there were also thousands of neighbors who faced the sudden and inexplicable loss of a beloved friend and neighborhood icon. Although his widow tried to keep the store going with a hired pharmacist, things were simply not the same, and the place closed about a year later. 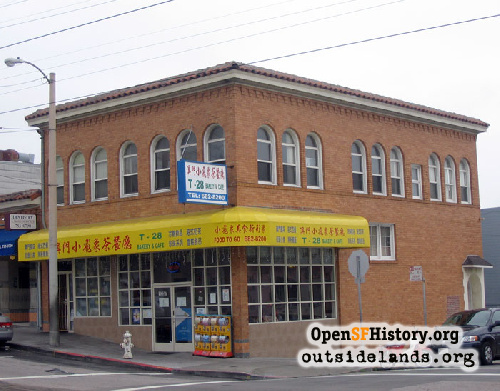 Local newspaper columnist Dorothy Conroy wrote a touching piece at the time, including some of her own heart-felt thoughts:

Here was a man who lived quietly, was unassuming, and yet I don’t think there was a dry eye among the many shocked neighbors who learned of his death so suddenly and abruptly by the sign in the window. “Did you hear about Sam?” they’d ask—and how I wish he could have heard the compliments. Sure, business will go on—it does—but it will never be quite the same… There is something so sad about a person like Sam who’s been really nice, who was still so young… who leaves so many behind him, grieving. Life is full of stories like this—outstanding people who dignified the places they occupied in life—never got famous, never got rich, but accumulated many, many friends. Sam certainly must have known. Don’t you suppose that he knew? Oh, surely—he must have known…

Over the years, an auto parts store and later, a health food outlet came to occupy that corner site—the building now houses a bakery and café—yet none of these businesses nor their owners have ever managed to work their way into the hearts and minds of nearby residents in the same way that Sam Guthertz did during his 35 years of running Parkside Pharmacy.

Today, people often talk about the many things they miss about our beloved neighborhood—a store, a restaurant, a school. My usual response is that I miss the people we knew and dealt with day in and day out—friends and neighbors like Sam Guthertz of Parkside Pharmacy.

As November rolls around again, I continue to be thankful for what we all had while growing up in San Francisco’s western neighborhoods.