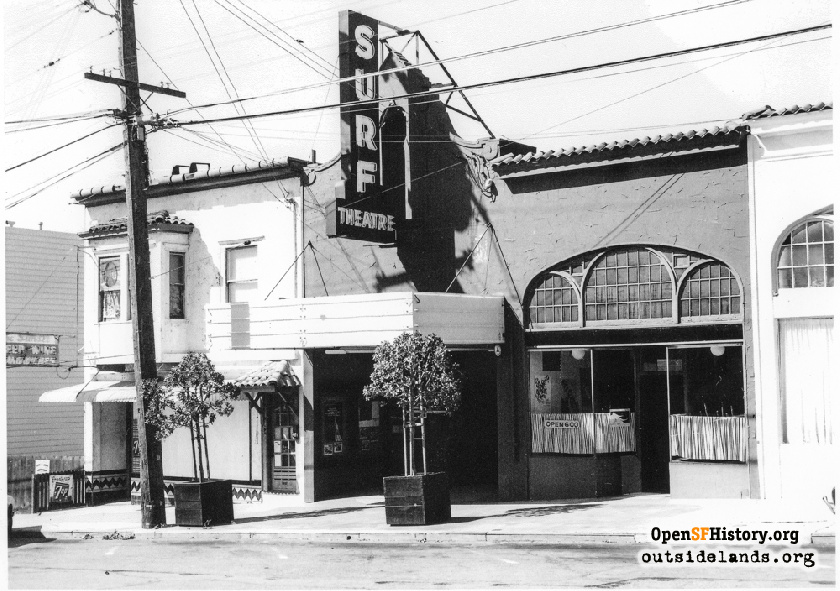 From 1926 to 1985, a cultural beacon in the Sunset District on Irving Street near 46th Avenue. 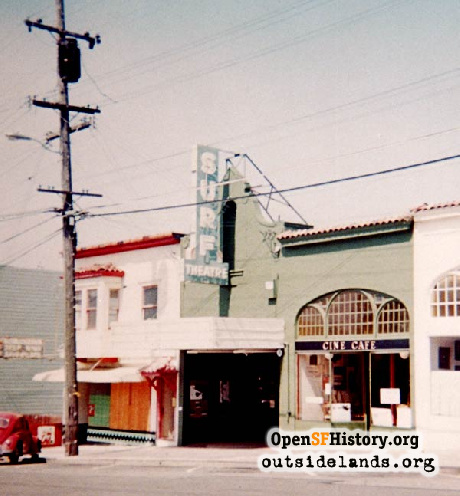 Opened: around September 1926 as the Parkview Theatre (there is a construction announcement in the San Francisco Examiner on December 12, 1925, but the first listing in the telephone directory is November 1926).

Renamed: The Sunset Theatre in September 1937.

(Thanks to Jack Tillmany for most of this information.)

Read a history of the Surf Theatre in this column by Woody LaBounty. 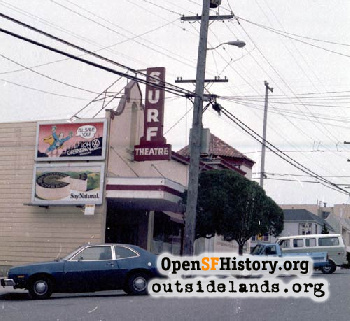 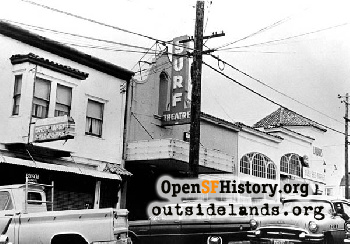 Contribute your own stories about the Surf!