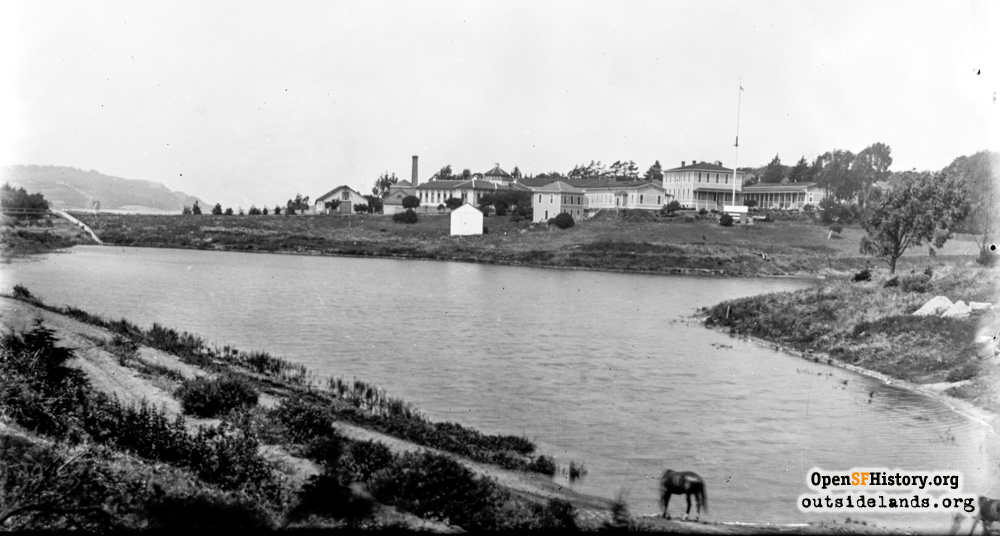 Juan Bautista de Anza camped at a lake "of very fine water near the mouth of the port of San Francisco."

Exactly 225 years ago, Spanish colonizers stood where I stand. Juan Bautista de Anza and his caravan wandered over the spot of future tennis courts, built fires where now a small baseball backstop stands, and stared at a lake "of very fine water near the mouth of the port of San Francisco."1 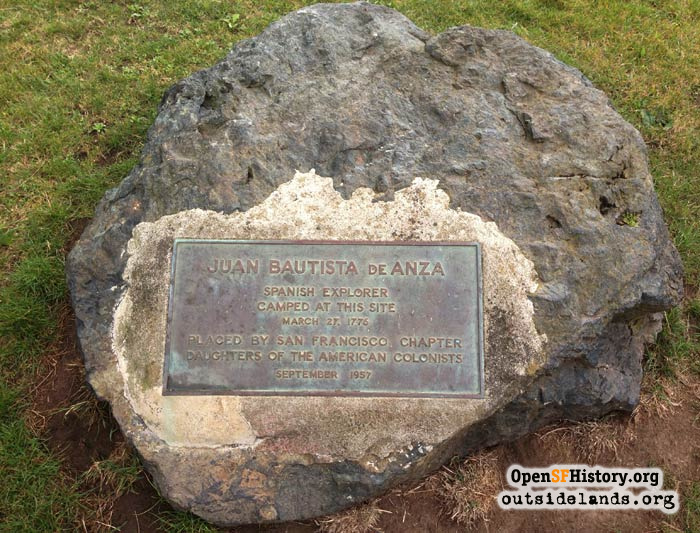 Other explorers had done reconnaissance in the area before, but Anza had come hundreds of miles from Horcasitas (in today's Mexico) looking to settle down. He had over 200 colonists waiting in Monterey, and he had come to establish San Francisco's Presidio and Mission Dolores. Anza noted the advantages of the campsite: running water, firewood, and good pasturage for cattle. "But along with these good qualities one must mention the lack of timber, for in the district examined there is none even for barracks..."2

Anza could build his barracks today. Cypress, fir, eucalyptus, and pine now surround the lake, although they've been thinned over the past few years. On the far northeast side of the lake a rope swing has hung from a tall eucalyptus since I was a boy thirty years ago.

Mountain Lake Park, running from Park Presidio Boulevard to just passed 8th Avenue, served as our backyard. The kids from 11th Avenue spent half their childhood inside it. 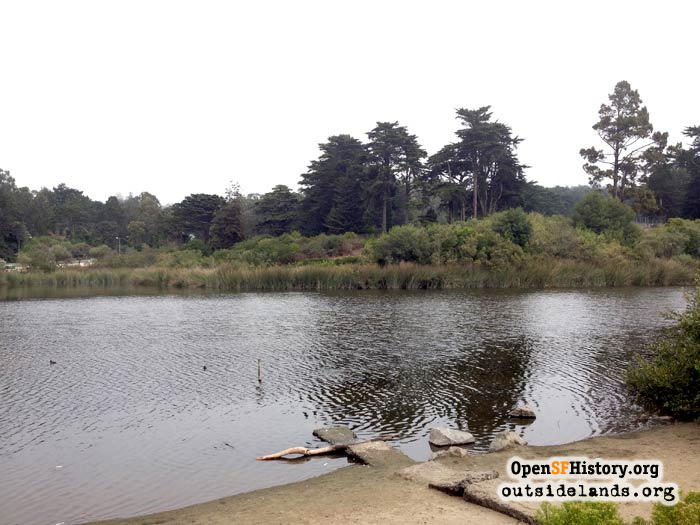 We'd start as toddlers with the swings and slides in the playground on the west side of the park. Then as we grew older and more independent we had forts and tunnels inside the tangle of gnarled low trees that lined the "Parcourse" exercise path.

The meadow, so small to me now, served as our baseball diamond and any fly ball that landed past the big pine was a home run. We'd get daring and climb on the roof of "old man shack," an enclosure where fedora-hatted and suit-coated gentlemen of a certain age played cards.

The lake's backwater served as "the swamp." Under the tall bushes, the water completely covered in bright green peat moss, we were pirates or explorers like de Anza. Here we often found stray pieces of pornography or ripped-out excerpts from the dirty parts of Judy Blume books. The swamp looked like it could swallow you up at any time, and the magazine detritus just added to the dangerous feeling.

Just uphill from the swamp was the rock embedded with a plaque commemorating de Anza's long-ago campsite:

Insight into a child's mind in 1971: I marveled that here was a rock almost two hundred years old!

On March 28, 1776, de Anza embarked from the Mountain Lake camp with a handful of soldiers and his chaplain, Father Pedro Font. At the mouth of the great San Francisco Bay (on a cliff that stood where Fort Point is today) they erected a cross "so that it could be seen from all the entry of the port and from a long distance away."3 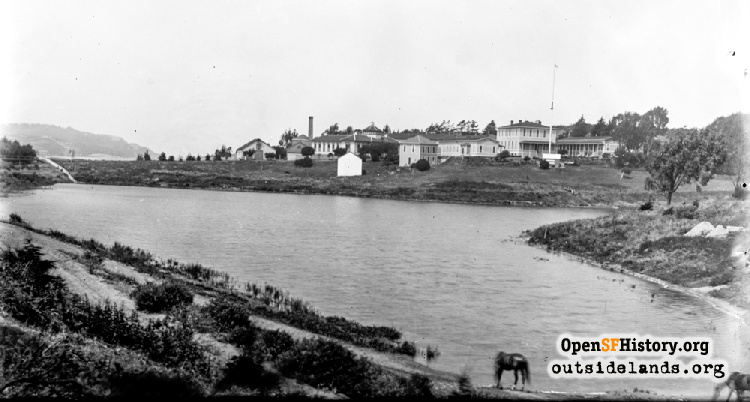 View northwest over lake to Marine Hospital complex in Presidio on far side. Grazing horses., circa 1899 -

Over the next two days de Anza and Father Font scouted and planned for the new Presidio and the Mission, planting the seeds of San Francisco.

In addition to checking the area for firewood and fresh water, they looked over the local population. Father Font described the native people with the same appraising eye:

"All these Indians whom we saw today are very ugly, with ears and noses pierced and little sticks thrust through them, the men all naked and the women with little skirts of grass, but they are not very emaciated. [...] They appear to be gentle Indians, and it would seem possible to form of them a good and large mission."4

De Anza himself sized up the probable success of the future Mission Dolores, "which would have the advantage of plentiful crops, both seasonal and with irrigation, as well as plenty of heathen."5

These statements won't surprise anyone familiar with the history of California or the West. The mission system that colonized California was fueled by the sweat of Indian labor. The Ohlone population around San Francisco Bay has been estimated at about 10,000 when de Anza and Font arrived. Sixty years later, less than 200 survived. Their culture was replaced by Christianity, their numbers decimated by disease and enforced labor.

But as a child reading the plaque placed by the Daughters of the American Colonists I imagined a small group of Spaniards marching into the forested, but unpopulated, park I played in. I saw trees that weren't there, and didn't see people who were.

Remember that Juan Bautista de Anza and Father Pedro Font would have failed without the impressed labor of the indigenous people. What the Daughters of the American Colonists really commemorated with a rock is not just the glorious beginnings of a great city, but the beginning of the end for thousands of people who already lived here.