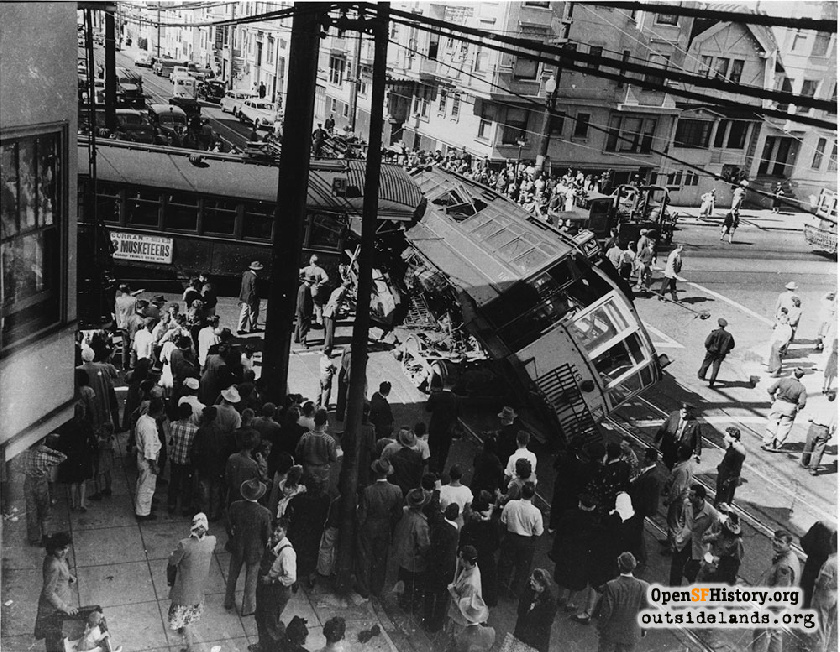 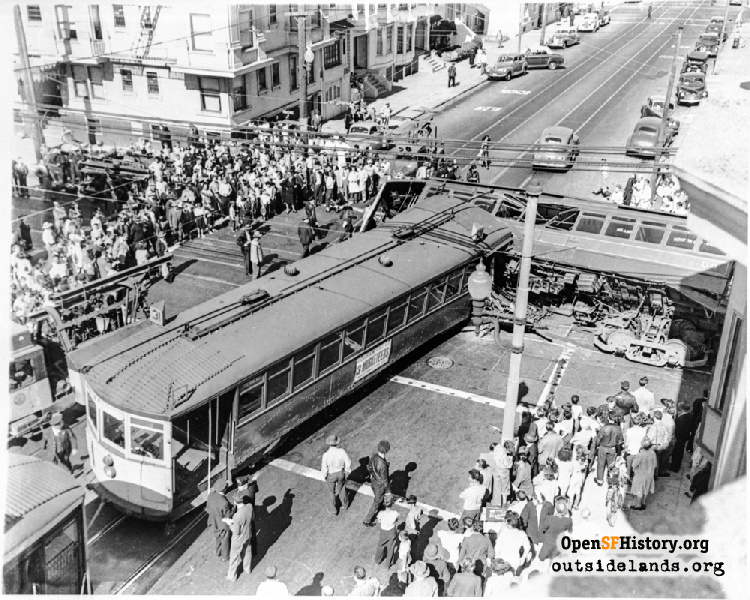 For some time I had been clipping the accident reports from the daily newspapers and secretly hoping that some day I might be lucky enough to take part in one of these events. Living on Anza, half way between the 31/Balboa and B/Geary lines, I figured I had a pretty good chance if I concentrated my efforts on the 31, which seemed to have more than its share of colorful mishaps. I tended to avoid the B/Geary, which never seemed to get into any kind trouble.

Thursday, July 24, 1947 was the stuff that dreams are made of. My mother and I boarded #976 at 25th & Balboa and headed downtown. Eastbound on what I considered a rather nondescript (at least for the Balboa line) decline, the brakes apparently failed, just as #116 on the 21/Hayes line was lumbering across Balboa Southbound on 8th Avenue. Rather than slowing down, our car picked up speed, and the rest, as they say, was history. Moments later our 31 car broadsided the 21, and nearly overturned it. We had been sitting in the front section of the 31 and found ourselves rolling around on the floor in a mass of broken glass, debris, and dust, along with a handful of other passengers. The most serious injuries seemed to be to an elderly man whose head was bleeding profusely, and who, according to newspaper reports, was hospitalized afterwards. We suffered no more than the usual "cuts and bruises", made our way to the rear of the car, got off, and waited to see what would happen next. 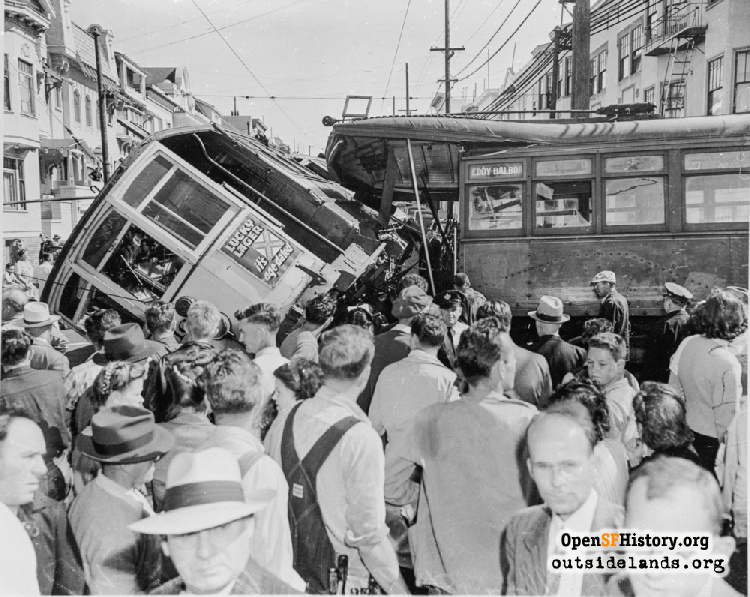 In no time at all medical personnel, and newspaper reporters and photographers appeared on the scene. My mother and I were photographed by the San Francisco News sitting in an ambulance, and just hours later, there we were on the front page, no less, of every newsstand in town. Looking at the picture today, I see the face of the coolest ten-year old in captivity, a kid who has really died and gone to heaven, knows it, and is loving every minute of it.

The aftermath: My mother and I both received a "settlement" from the Municipal Railway: $25 apiece. Yes, I said $25.00. I still have the stubs as proof. Much to my surprise, some time later, both #976 and #116 reappeared back in service on their respective lines. Seeing the amount of damage they sustained in the accident, it amazes me to this day that they were "re-assembled" and actually made operational again. My mother refused to ride the Balboa line ever again, but, I, on the other hand, rode it at every opportunity, more out of reverence than anything else, right up to that fateful day in July 1949, when the last vestiges of Market Street Railway rail service faded into history. 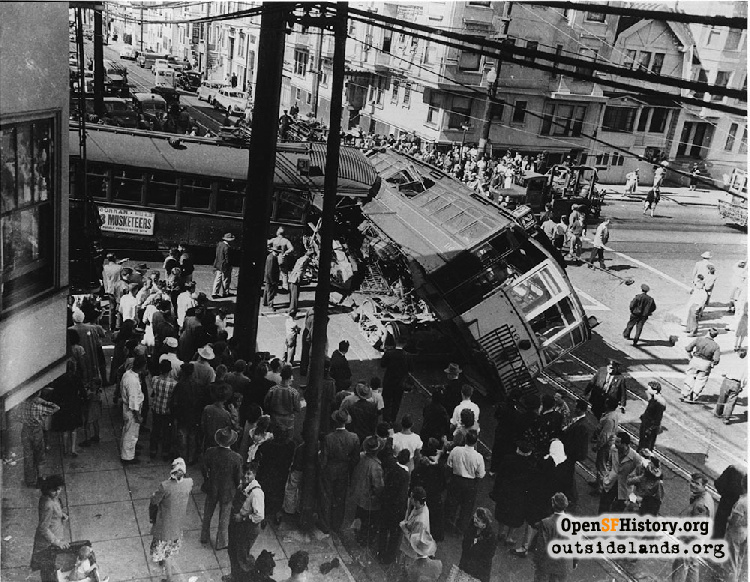 More about Jack Tillmany and his visit to the crash site 60 years later.