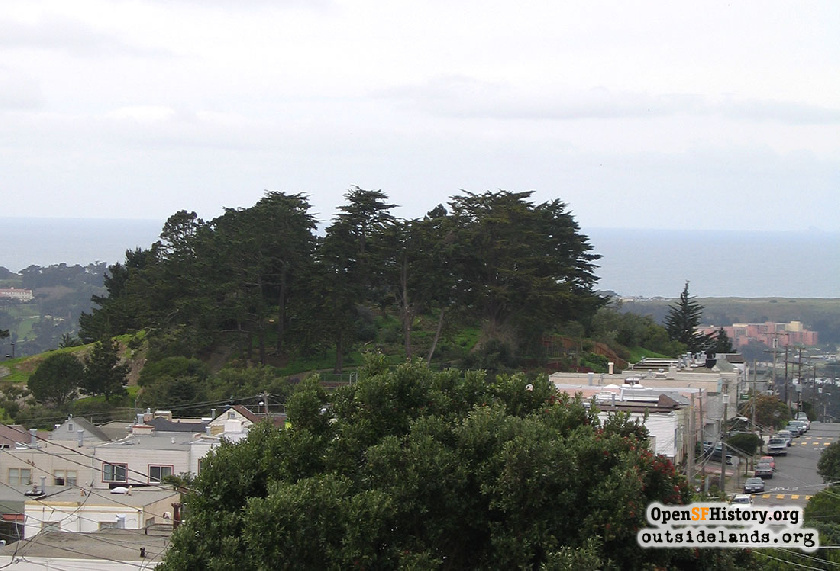 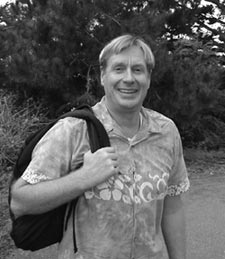 When Peter and his wife Lily moved to Merced Heights in 1986, they did so against the advice of real estate agents who told them the neighborhood was dangerous. And in the first few years Peter admits to nightly gunfire, drug deals and pit bulls fights in Brooks Park, his "backyard". But Peter saw more than the crime:

"...when I found this hill and I walked around the neighborhood, I noticed many of the people that lived here owned their homes. They were not rentals. They owned their homes, and they were African Americans in their fifties and sixties, and they were maintaining their houses very nicely. They were keeping it very nice. I said to myself, 'These people, these neighbors, they know what's right. They know what's right. It's just that there's not a structure to get people to agree about what should be done.' It's sort of this kind of principle that my mother always taught me about many little creeks make a big river. You need to get people to funnel together, get into a funnel and get together. When then I saw the neighbors up here, I said to myself, 'These neighbors really do care [...]'

"And then you meet neighbors that are magnificent. We met Minnie Ward, African American lady in her sixties, who just said, 'This is unacceptable. This is simply not the way things should be,' and I agreed with her. Then we found more and more neighbors that agreed that this is just unacceptable. Then people, we formed together. We formed an organization of Neighbors In Action. We get together and we start talking about the way things should be. We built block clubs. We start having activities in the park, like you saw the neighbors all came out to a place they wouldn't dream of going [...]

Everyone in the neighborhood knows Peter. He speaks multiple languages, and is an enthusiastic proponent of the park he's helped transformed. One can't help getting inspired hearing him talk about his visions for the neighborhood, about the programs introducing urban children to nature, about the plans for a community garden:

"[...] getting this garden completed now is important because it's becoming a children's education place. It becomes a place where African Americans can meet up with Chinese and do planting. And they all know vegetables from their childhood that they can share with each other, and I think that they need to basically get out there and work together and be able to speak through vegetables, if not through language. They can talk to each other."

Peter on the "OMI village": "I sort of envision an OMI village eventually forming, [..] --in fact, we should do that all over San Francisco, build mini villages. Mini villages will be responsible for what happens; are there enough playgrounds, are the sidewalks safe enough, are there streetlights? Like Dan Weaver [...] making sure we got proper streetlights on Ocean Avenue. You know, you start building the village to make it safe for children, so women and children can walk safely without driving to playgrounds and schools.

"That's kind of the vision, I think, also, which is needed across America, actually. There are people collapsing from overweight, from obesity, diabetes, asthma, and heart disease, because they drive everywhere. We need to get people out of their cars onto wider sidewalks. Ocean Avenue is becoming now a friendly, walkable street, stop signs to slow traffic down, and Vietnamese restaurants are cropping up and coffee shops, which is good. Stuff is happening, so I can see the OMI village becoming a real thing in some decades."

Call Peter to learn more about Brooks Park and how you can be a part of it: (415) 586-1451. And definitely read the complete interview with Peter!