A view on Ocean Avenue's revitalization 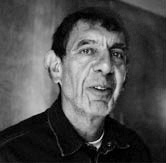 Dan Weaver has lived in the Ingleside since the late 1970s, but his importance to the neighborhood has very little to do with the tenure of his residence. In the past seven years Dan has been a primary catalyst in the effort to improve Ocean Avenue, and the OMI in general.

Dan is uniquely qualified to provide insight into recent changes along Ocean Avenue, and we were grateful he sat down for an interview.

His early memories of the OMI's major boulevard weren't good ones. Within a month of his moving to Jules street in 1978 Ocean Avenue's only grocery store and the El Rey Theatre closed.

"[Ocean Avenue] looked like a place that was coming undone, but wasn't quite there, and there were people in stores and on the sidewalks, but there were empty storefronts and strange businesses. [...] It wasn't littered, not as dirty or littered as I've seen it subsequently, but it was rundown. I think that would be a fair description of it---rundown."

Dan had seen the 1970s revitalization of neighborhoods such as the Haight and Castro, and also saw how "urban renewal" created huge swaths of empty blocks where Victorian flats once stood in the Fillmore, but probably never thought he would play a pivotal role in an Ocean Avenue "renaissance".

"I think the important thing that happened here is the connections that were established between what I call the front-lawn neighborhoods and the grid street neighborhood, like the Ingleside district of the OMI. I was trying to bring together people from all the neighborhoods of the Ocean Avenue--the Ingleside--community because what we all shared an interest in was making our street a better place."

With the help of Anita Theoharis, Paul Conroy and others, Dan reached out to the neighborhoods north of Ocean and brought them onboard with a plan for better pedestrian access and safety, modern streetlamps, and true landscaping: 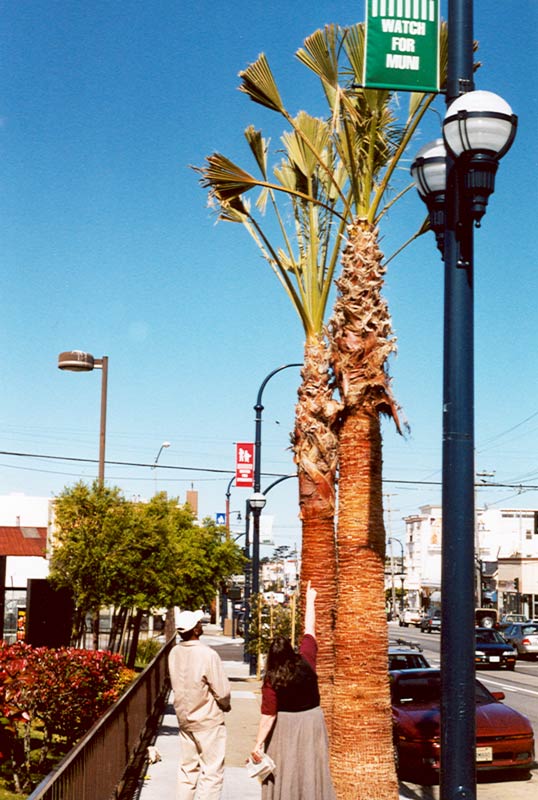 "So we [had] a dozen trees in a mile. And we needed at least a hundred more. We had no landscaping to speak of, only asphalt and very old and dirty concrete. Some of the sidewalks along Ocean are extremely narrow. Almost all of the sidewalks on Ocean Avenue are narrower than the ones on the residential side streets."

Because the roadway and new streetcar tracks were being put in, time was of the essence to secure a more comprehensive plan for Ocean Avenue. In the late 1990s government funds were available, and with the support of the Mayor's office and other state agencies a mostly uphill battle became a reality.

Old-time San Franciscans may still jar at the sight of palm trees, but perhaps Ocean Avenue needed that sort of shift. And in the view from surrounding hills at night, the street is a band of sapphires with new blue-tinted streetlights.

There were contentions and disagreements, with battles in the neighborhood over the details in the plan, but everyone agreed something was needed, and Dan has a blunt, honest, but calm way of laboring through such difficulties. As a member of the OMI-Community Action Organization (OMI-CAO), Neighbors in Action, and other groups, Dan isn't finished working for OMI improvements:

"I'm interested in Broad and Randolph and bringing it back to providing a neighborhood street for the neighbors, and I've been trying to focus on that. I still haven't gotten the mayor's attention. I'm focused on trying to get Brotherhood Way and the Junipero Serra gateway to San Francisco and the OMI re-landscaped and maintained by the city. That might be hopeless, I don't know, but thinking about a way to put some watchful eyes on that Brotherhood Way part of the neighborhood is important. Right now there's nobody who really looks at it or cares about it."

Despite his ability to see the problems, Dan has also seen the great work many have done to address them:

"The improvements that I've recognized are the work that Minnie Ward and Neighbors in Action did and continue to do at Ocean View Park, which are highlighted by the establishment of a Safe Haven program for at-risk youth and a Family Resource Center based there, and the upcoming rebuild of the Rec Center to be named after Minnie and Lovie Ward, the new Sheridan School complex on Capitol and the new Ocean View library on Randolph Street. Peter Vaernet has led the charge at Brooks Park over the past 15 years. Twelve years after a community garden at Brooks was funded, it was completed this year!"

Thanks for all your hard work in the OMI, Dan!