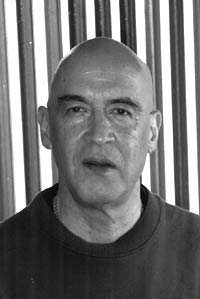 Ray was born in the mid-1940s, and his remarkable memory for people and businesses reaches back to when he was three years old! He obviously has very fond recollections of his childhood on Jules and Granada Avenues. He remembers the landlord with the free soda machine in the hallway, the mom-and-pop grocery rivalries in the area, and the big Halloween celebrations on Ocean Avenue.

Ray also discusses the tumultuous racial issues in the OMI back then: a local married couple split up when the Japanese-American wife was relocated to the internment camps; the enmity towards a returning U.S. soldier of Filipino ancestry; and most dramatic of all, the efforts by local whites to stop realtors from selling to African-Americans. When the intimidation didn't work, Ray says he heard it became dangerous:

"The black guy came out of his house or something, and this guy came out with a shotgun. Bam! Let him have a full load of buckshot in the gut. [...] Didn't kill him... [...] I mean, the poor guy didn't know. You know, he just moved in, didn't know what, you know. It wasn't his fault. He just wanted to buy a house, and he moved in."

In another incident, Ray remembers a neighbor in Ingleside Terraces calling his mother:

"And my mother says, 'Well, if he has the money, and he looks nice, and he's got a nice family, why not?' And that was the end of their friendship." 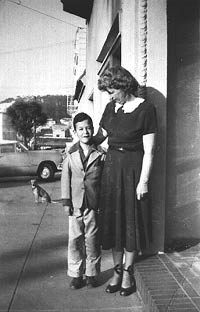 On Farragut School:"--talk about a dilapidated school. They complain and scream and holler about the schools nowadays, and all of this. They're going through such misery being in school. Jeez, these are palaces, I mean, compared to what Farragut was at that time. I mean, even the hallways smelled like urine in those days. It was pretty bad. The bathrooms, you just wanted to wait until you got home.

"They tried. They did their best. They had about three or four janitors there all the time. Even during the day they were there."

On the development of Merced Heights: "I was very disappointed when we went over there and I looked up and said, 'Where's my goddamn hill?' You know, up there on top of the hill, all houses now. I don't know what they did. They just took all that--it was beautiful. Nice spot. You could go up there and have a picnic and whatever. [...] It was like a miniature mountain."

On seeing "War of the Worlds" at the El Rey theater in 1953: "The line went all the way up around the block, the line did, to get in, when it first started. The special effects, you know. That theater was packed, the uppers and lowers. Whenever there was something like that, the whole theater was full. All neighborhood people, too. Everybody would say, 'Oh, hi. You came to see it, too,' and everything. All people mostly from the neighborhood. [...] Oh, yeah, we went there all the time. Anytime the movie would change, especially my father, he'd go, take me down there, and we'd go. They had kids' matinees there every Saturday. Folded popcorn things were always thrown up in the air, and all the candy going through the air and everything, but we had a hell of a lot of fun, though."

Ray and his family moved around to different parts of the Sunset after leaving the OMI. He now lives in Daly City.