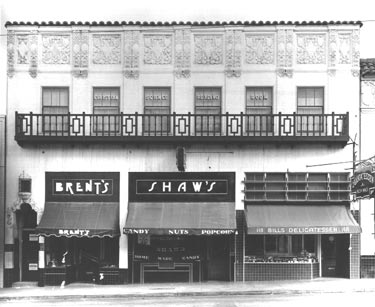 Shaw's Ice Cream has been on West Portal Avenue since Douglas Shaw opened it in 1931. Shaw created a gourmet line of chocolates and ice cream and initially named the business "Karamel Corn". He moved candy manufacturing from the back of this store to Millbrae and expanded to a 50-store chain before going out of business. The remaining Shaw's, in West Portal, Millbrae and Yorba Linda, are independently owned and operated.

(Read about when the storefront next door--"Bill's Delicatessen" in the photo--was West Portal Creamery.)