West Portal and the "City Beautiful" 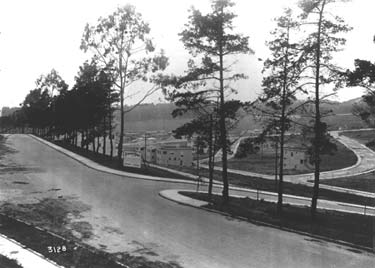 Architects and developers used many of the "City Beautiful" ideas of the early 20th century in designing the tracts around West Portal. Called "residential parks", they featured lush landscaping with architectural embellishments such as columns, gateways, decorative urns and stairways.

Everything other than single-family homes, such as commercial buildings, apartments, stables, and saloons, were prohibited. Streets followed the natural contour of the land in gentle, sweeping curves rather than running straight over hills, as was typical in other parts of the city.