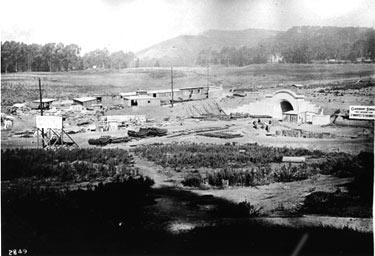 Homes in the beautiful new residential parks surrounding West Portal sold slowly without convenient streetcar service downtown, where most people worked. As early as 1912, civic groups had agitated for a tunnel under Twin Peaks to connect the area with the rest of the city. In 1917 San Francisco, led by Chief Engineer M.M. O'Shaughnessy, finished the world's longest streetcar tunnel. Property values and sales took off.